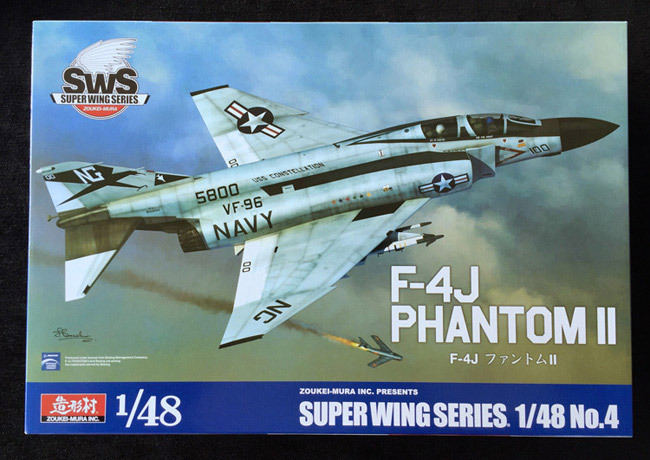 Our thanks to Zoukei-Mura for supplying our review sample. See our full in-box review and also get this impressive kit from – here
Here Now In-Box Review

A note from Geoff…
We were very pleased to receive this impressive kit from Zoukei-Mura. From the box contents it certainly looks the part – but how does it all build up and go together? You’re about to find out and just before Aurelio tells his story I wanted to show you a few photos of his completed model – What do you think? I love Aurelio’s approach to weathering and the finished results he achieves – pretty spectacular to my eye and so typical of how these F-4s looked in service. 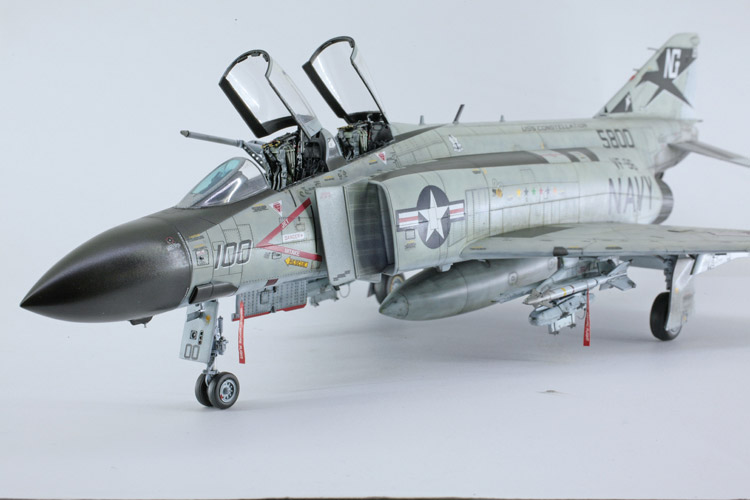 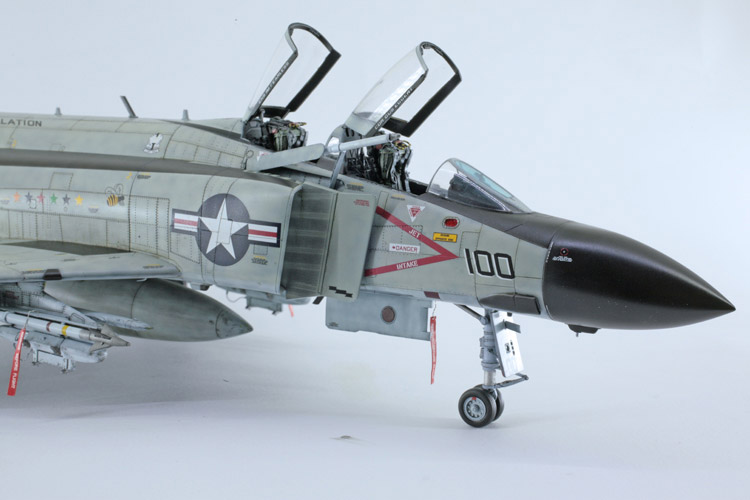 Over to you Aurelio…

The date was 10 May 1972. In Vietnam, the first “Linebacker” aerial bombardment campaign had just started, and the day was a bad day for the Vietnamese Peoples Air Force with nearly a dozen aircraft being shot down in aerial engagements. LT. Randy “Duke” Cunningham and his RIO, LT(JG) Willie Driscoll, were participating in an alpha strike against the Haiphong Railyards in Vietnam. Three of the day’s aerial victories were scored by “Duke” flying in “ShowTime 100”, the F-4J that is the subject of this posting.

Exactly whom “Duke” shot down on his final kill of the day, the one that made him an ace, has been the subject of conjecture. Early on, sources claimed the pilot was the top Vietnamese ace known as “Col Tomb” in the media. Becoming an ace by shooting down the opposition’s leading ace certainly makes this aerial duel one that books are written about. Later research, however, has shed more light on the subject. An article by Cookie Sewell outlines that “Col Tomb” was not the victim in Cunningham’s historic dogfight. Instead, it was most likely an un-named pilot — flight leader, squadron commander, or possibly the regimental commander — of the 923rd Regiment.

Whoever the Vietnamese pilot was, the dogfight was historic, and the victory made “Duke” Cunningham the first US ace of the Vietnam conflict. An unfortunate ending to the story is that “Duke” himself was shot down by a surface to air missile on the egress back to the carrier after becoming an ace. Hence, “ShowTime 100”, BuNo 155800, was lost within minutes of achieving her niche in the history books.