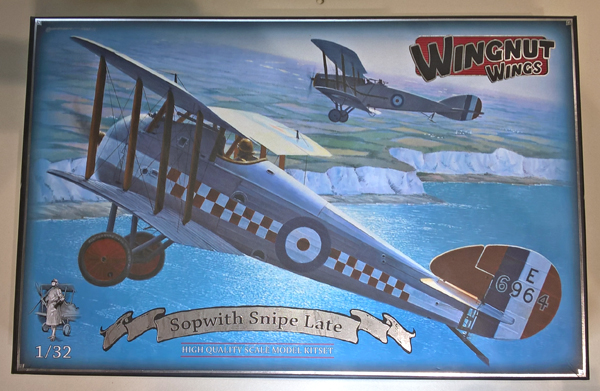 A note from Geoff C…
It’s great to welcome Michael back to SMN with his full build of the impressive WW Sopwith Snipe. Here’s a look at how it all turned out… 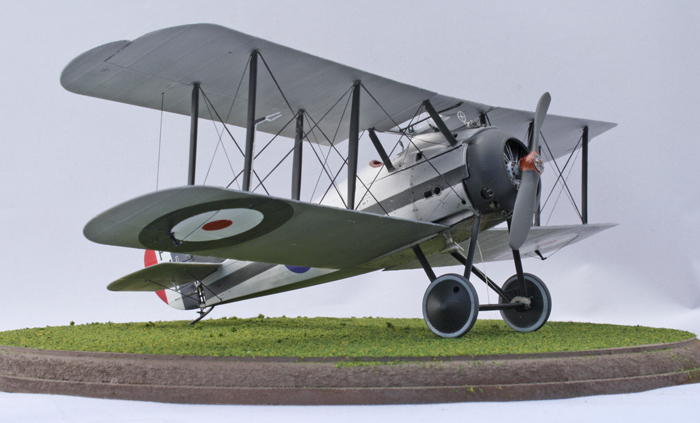 Nice work Michael and here’s to your next project :)

If you like WW kits and the Snipe in particular, take a look at the lovely build in SMN by Dave Coward.

Over to you Michael…

“Snipe … Any of several wading birds of the genus Gallinago …” – Chambers’ Dictionary.

The entry goes on to expand this, and give several other meanings of the word “snipe”, but makes no mention of the fighter aircraft that appeared in small numbers on the Western Front in late 1918. The Snipe is in fact a significant aircraft, albeit overshadowed in popular imagination by its more famous stablemate the Camel.

The type had a protracted development, but production was finally ordered in March 1918, and aircraft began to arrive on the squadrons later that year. The first to be equipped were 43 Sqn RAF and 4 Sqn Australian Flying Corps (AFC), and these were the only two to become operational on the Snipe before the Armistice. Despite this short fighting career, it was the aircraft in which William Barker won the VC. Post-war the Snipe remained in service as the RAF’s standard fighter, and was the last rotary-engined fighter to equip the RAF. The Grebe and Siskin began to replace it from 1924, and the last aircraft were retired fromm RAF service in 1927. Snipes also served in the air arms of Brazil, Canada, and the Soviet Union.

During its service modifications were made to improve performance and handling, later production aircraft featuring enlarged upper ailerons and a greater fin area.

Wingnut Wings released two kits of the Snipe, an early version (no 32020) and a later version (no 32054). Both the original boxings sold out, although they may be obtainable on the second-hand market, so Wingnut Wings undoubtedly pleased many people when they re-released the early version in a special edition, complete with figure, as the mount of William Barker VC (no 32608, still available from a number of retailers at the time of writing). This article will feature the late version kitset; the differences from the earlier version are a replacement sprue containing the later fin, rudder and ailerons; and of course the marking options supplied.

The box contains seven sprues in grey plastic and one in clear. There is also a small photo-etched fret with two types of seat harness and other detail parts. Sprue G in the early kit, containing the fin, rudder and upper ailerons, is replaced in this kit by sprue H with the later versions of these parts. Sprue E is a very nice representation of the Bentley BR.2 rotary engine. All parts are well up to the usual standard we expect from this manufacturer, and feature well-done fabric and rib detail in particular. 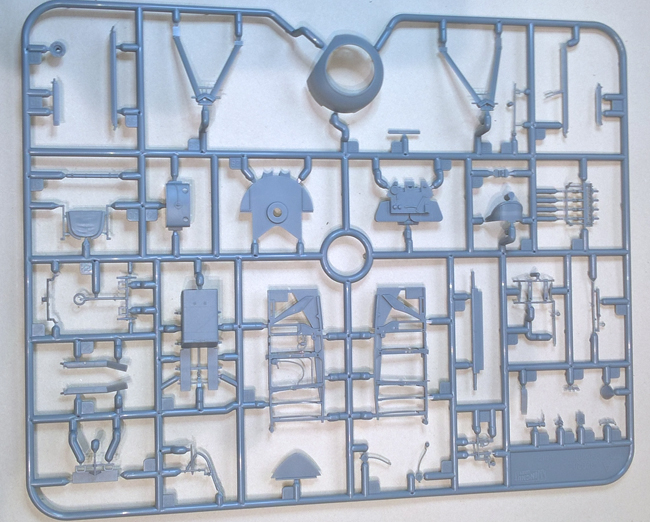 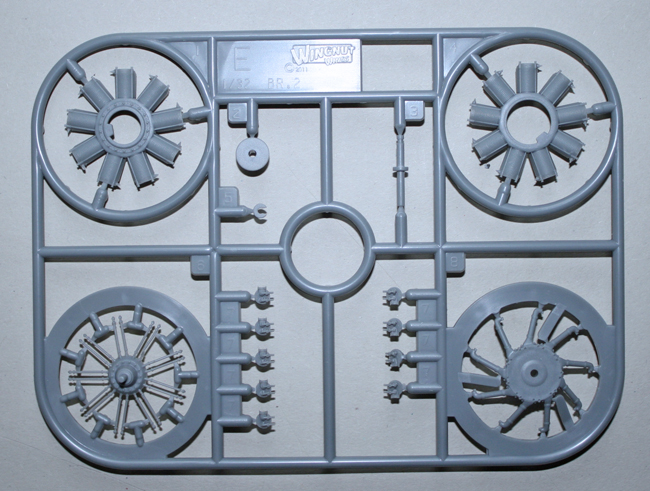 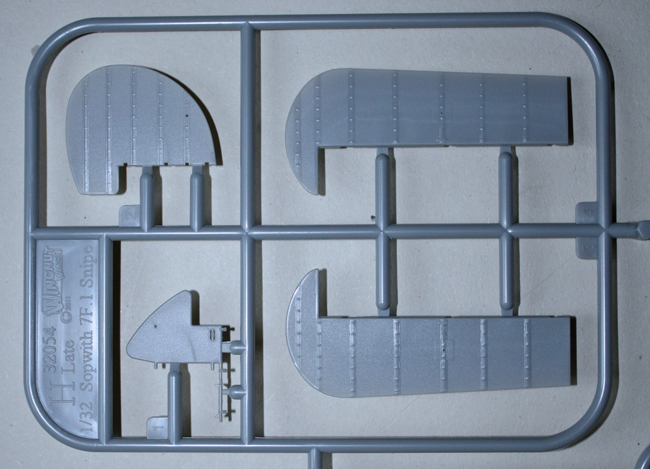 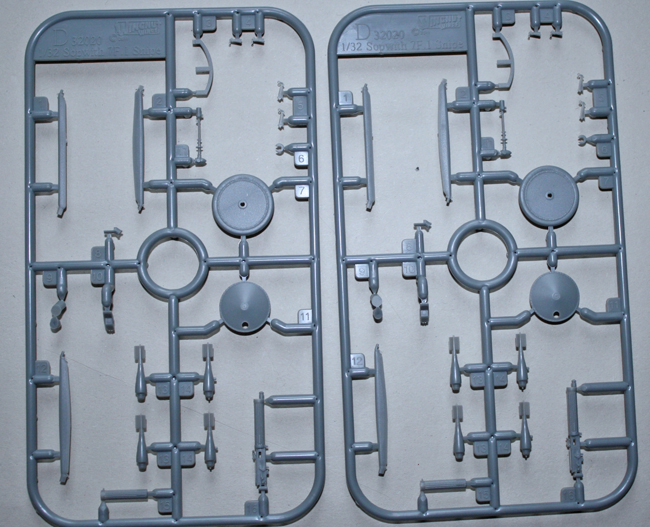 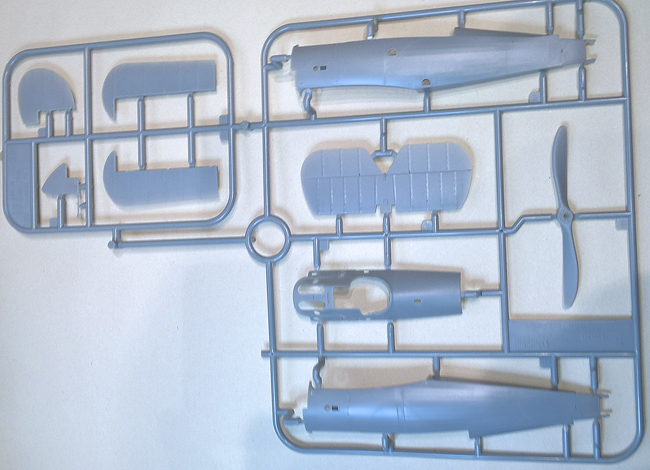 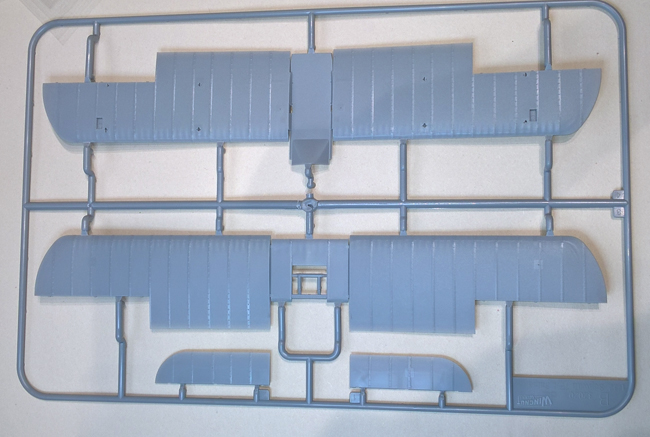 There’s a good in-box review of the kit by Geoff in Aircraft Here Now if you want a closer look?

Five markings options are supplied in this kit, and I was immediately drawn to the two un-camouflaged examples, particularly that from 56 Sqn. However, there were more like that on Pheon Decals’ sheet no 32043, and these included aircraft based at RAF Duxford and RAF Henlow. Both airfields are relatively local to me, so I decided to go this route, and eventually settled on F2441 of 111 Sqn at Duxford in 1924. This features a race number applied for the air races at the 1924 Hendon Air Pageant (hence the title of this article), black squadron markings, and black trim. It is arguably not the most colourful aircraft on the sheet, but in my opinion it is one of the most striking. Two more arguments weighed in favour of this option. I had a photograph of this machine available; and it makes an interesting contrast in technology with its descendant, the Hawker Hunter. No 111 Sqn re-equipped with the Hunter and formed the “Black Arrows” aerobatic team in 1956, so only 32 years separate the two types in this squadron – a huge advance in technology in a timespan that is nowadays considered a reasonable in-service life.

(GC: You can see Michael’s full build of his Black Arrows Hunter in the usual Revell pages in Aircraft-Finished Now)