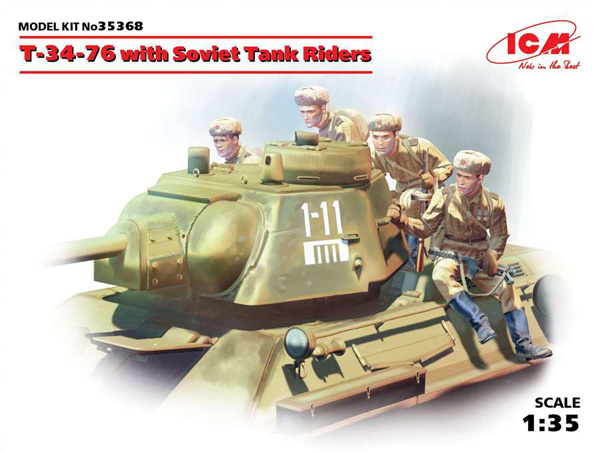 The ICM series of T34 tanks has been around for a while now. This particular kit is of the late version of the T34/76 with a cupola for the commander on the roof of the turret. The kit comes with a set of four figures.

The kit provides vinyl tracks. I must admit that I’m not a fan of these and so wanted to replace them with aftermarket metal tracks.

I chose a set from Friulmodel (ATL-124), but I understand that there also are several sets of T34 tracks available from Masterclub. The two companies take slightly different approaches with their tracks. Friulmodel tracks are joined with lengths of wire. Whilst there are holes in each link to accept these wires, the modeller will need to further drill out these locating holes with a 0.5mm drill before the wires can be inserted to join the links. The Masterclub links on the other hand are joined using short pins.

I have used Friulmodel tracks before. Drilling out each link before inserting the wire is a little tedious, but I think that the results are very good indeed. 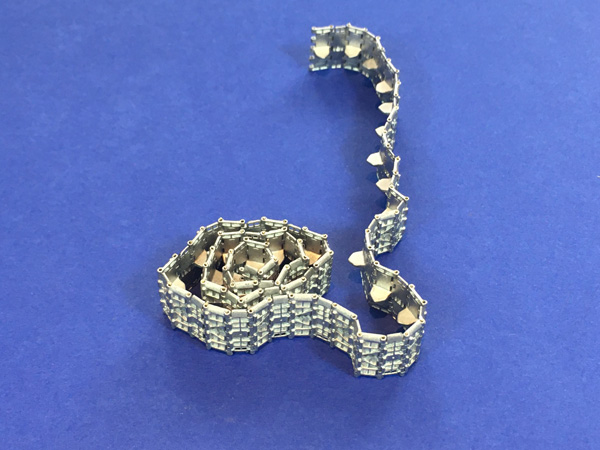 When using Friulmodel tracks, I have always had to apply several coats of primer to cover the assembled lengths of track before painting. I find the areas between the links awkward to cover with paint, the silver colour of the metal inevitably being visible. To try and avoid this, I decided to use some track blackening fluid.

The tracks were washed in warm soapy water before assembly and were allowed to dry naturally overnight. Thinking that there may well have been oil from my fingers on the tracks after assembly I washed them again.

The track blackening solution worked fairly well, but for some reason it would not act on the recessed areas of each link which remained stubbornly silver! 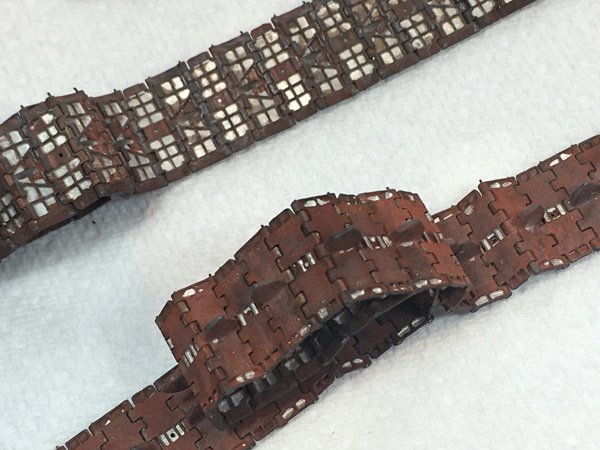 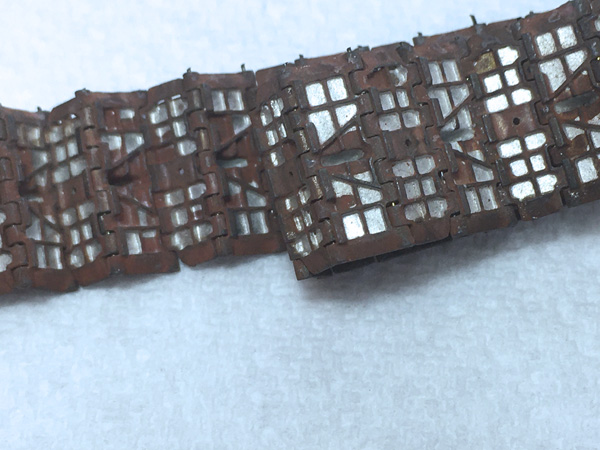 I cleaned the tracks again (this time using white spirit) and re-soaked them in the blackening solution. The recessed areas were still completely impervious to the chemical and refused to discolour. This was the case with the recessed areas on both sides of the links. 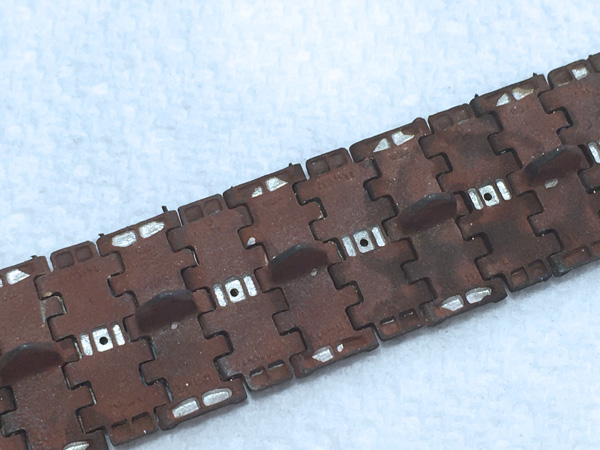 I have no idea why this happened or whether this was an issue that would have affected just this particular set of tracks for some reason. I wasn’t particularly bothered by this as the problematic areas in between the track links were coloured and a coat of Alclad’s Black Primer covered the rest of the tracks quite easily. 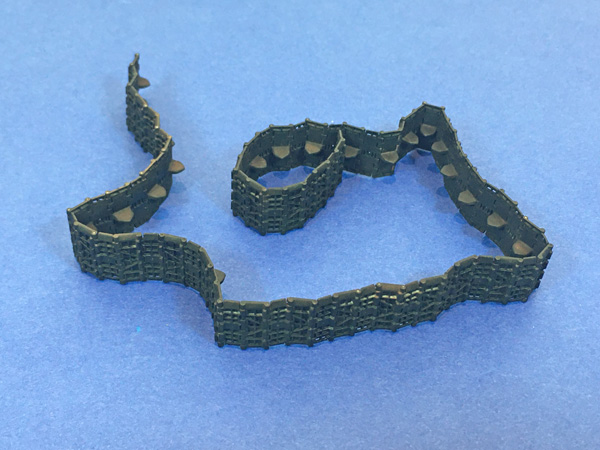