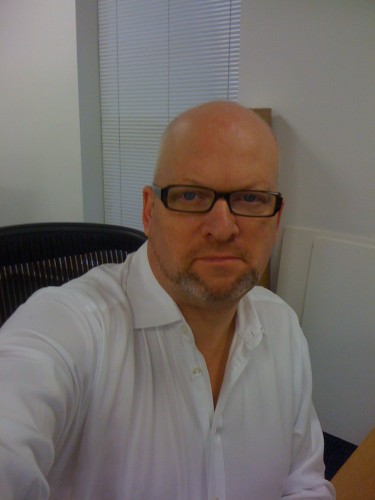 What first attracted you to Scale Modelling?
Much like Geoff, my Nan took me shopping down the Walworth Road in SE London and bought me the 1/72nd scale Airfix Spitfire – yep, the blue one in the bag – and the Airfix HMS Ajax. I got home and had them both finished in about 10 minutes, with the Spit happily strafing the Ajax most of the remains of the day!

We moved from London in 1968 to Walderslade in Kent and my neighbour was Jesse Wright, yes the same as mentioned by Geoff again, which is very scary! Jessie had a small bow fronted glass cabinet with a range of beautiful 1/72nd scale aircraft.

Even then he put ejection handles on his seats and seat belts and metallic finishes, which were astonishing and that’s before the days of Alclad. He took me from making toys to play with to modelling and I used to love taking my creations next door to show him, where he would critique it so that each time I got better. He was a wonderful man and even today I still think: what would Jesse do?
How long have you been scale modelling for?
Not far off 50 years, although I had a break in my early years in the RAF, but that wasn’t for long. The great thing is that I am still a novice in many ways, e.g. Ships and WW, Aircraft, using the airbrush that Julian Seddon can, building a base like Bill Curtis can. No modelling is a hobby at which I will never truly master, for if I do I will give up as the challenge will be over.

Specialist area of Modelling?
A few months ago I would have said 1/32nd scale aircraft but, since building my first ship – the 1/35th scale S-100 by Italeri – I have really fallen in love with them.

The complex rigging I have now begun to get a grip with in my ship building gave me the confidence to have a go at WW1 bi-planes, but what possessed me to start with a RE-8 goodness knows!

Preferred Scale?
I don’t really have one. If you scoot through SMN, you will see that I have built all genres in almost all of the available scales. I build what challenges my thinking and my ability. Sometimes it works and other times not so much.

Your favourite real subject of all time (aircraft, armour or maritime)?
F4 Phantom. I have loved it for as long as I can remember.

The best thing you’ve ever built?
I guess it’s the Trumpeter 1/200th Scale USS Arizona, but I still have a soft spot for my Tamiya 1/32nd scale F4-J Phantom, which, oddly if I built it today, I would not be happy with. The beauty of modelling is that it is so transitory.

And finally, most memorable Modelling disaster?
The Trumpeter 1/32nd scale AV-8B Harrier, that I ‘built’ for SMN. It’s in Finished Now even though it was never finished! It haunts me every day and I have no idea how it went so horribly wrong. Shivers!

How long have you been a reviewer for?
Since its inception. Indeed, I was in a car with Geoff on the way back from SMW 2007 and 2008 when we discussed the merits of this great magazine even then. Geoff has, for a long while, been my modelling hero – building aircraft that I always wanted to emulate. His Hasegawa 1/32nd scale Bf 109G6 in a paper mag still gives me shivers!

What made you get involved with SMN?
I think that’s clear now!

What’s your favourite thing(s) about SMN?
Its extraordinary value and its ability to inspire through really examining how to build first class models in a way that doesn’t aggrandise the modeller, but rather offers practicable solutions to the person reading it.

I also love how readers can, through the Facebook pages, interact with the Team, there and then. SMN is, in my firm view, the future of scale modelling magazines and I feel that the rest will eventually try and follow but will be left in its wake.

What’s your favourite SMN review?
Anything by Bill Curtis or Julian Seddon. Their respective skills leave me awestruck and the care and attention they give to their modelling and the way the complex is simplified exemplifies all that is great about both the hobby and the magazine.

Sum yourself up in no more than five words.
Always striving for better (only four words, as I like to give value too!)

Biggest hobby/hobbies outside of Scale Modelling?
You have to be kidding! I have been married 34 years and I am truly amazed Chrissy continues to put up with me, given the time I expend on this hobby and my reviews for SMN that accompany it!

I was, a long time ago, an accomplished competitive mountain biker and played squash, cricket and soccer at a reasonable level but nowadays my body has outgrown it all.

Favourite food/meal?
Anything with cheese!

And finally…tell us a (clean) joke.
A man walks into a cafe and says: “Can I have a steak and KIDLEY pie please?”

The man behind the counter replies: “Don’t you mean steak and KIDNEY?”

Well, it always made my kids laugh!!

Stay Tuned for more Q & A’s with the SMN team in the coming weeks. Next-up is Aircraft Editor Dave Coward. In the meantime, you can view the previous entries, by Editor Geoff Coughlin and Armour Editor Bill Curtis.