At the last IPMS club meeting I came across a book that showed several AV-8B’s on the flight deck of a carrier and most of them had the rear fuselage chaff/flare packs removed. This resulted in very noticeable “holes” on the spine of the aircraft. I thought this looked interesting and decided to incorporate into my model.

Luckily I had not yet joined the main wing to the fuselage. This allowed access to the interior of the rear fuselage. Good progress was also made on detailing the scratchbuilt nose wheel well. 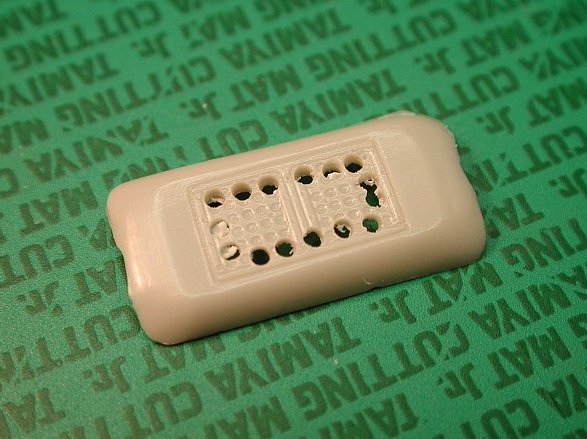 First step in modelling the empty chaff packs is to cut out the moulded detail. Here I have chain drilled the part so I can then easily remove the centre. 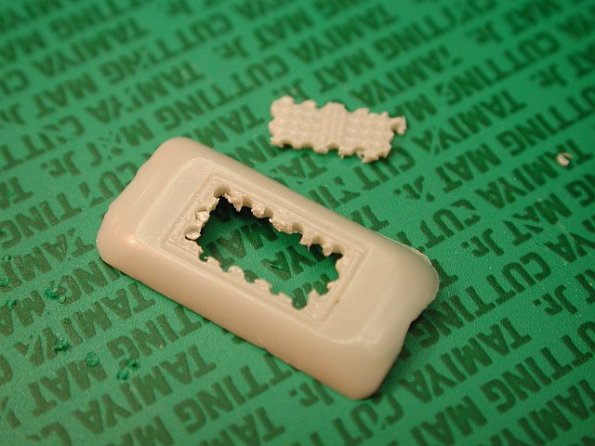 Here the centre has been cut out very easily with a sharp knife. Cutting between the holes is simple compared to trying to cut the plastic without drilling the holes! 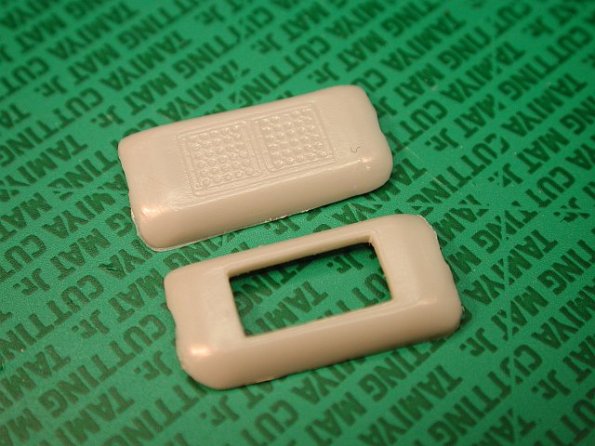 Here’s a comparison between kit part and the modified (i.e. empty/open) part. 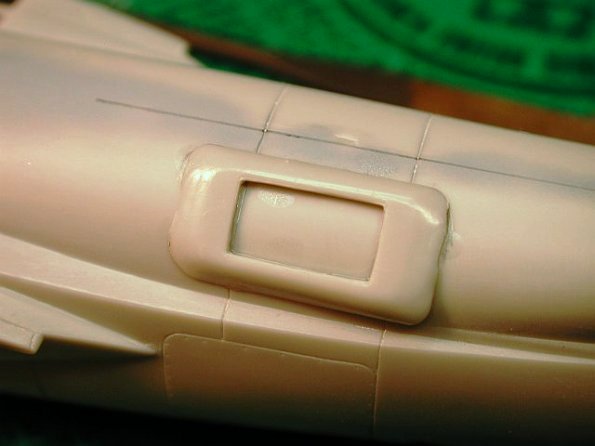 Using a pencil line on the fuselage centreline as a guide, the fairing has been glued to the rear fuselage.