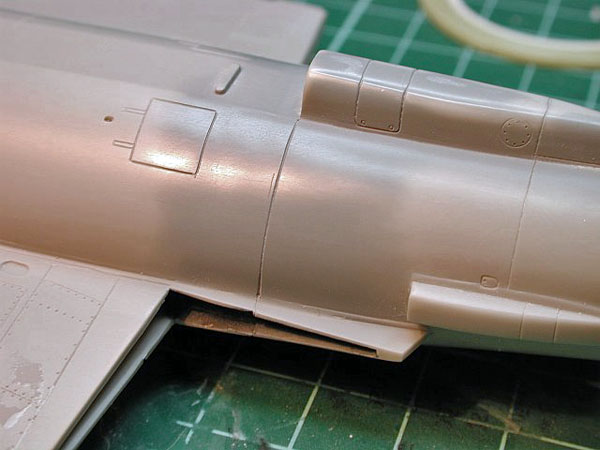 The join between fuselage and tail cone was also pretty bad. It dipped noticeably in the middle and much super glue was used to fill the depression. This photo shows the end result. The primed section either side of the panel line shows the extent of the work done to correct this problem.

The same join as seen from the bottom. Not as bad as on top, but still more work than you’d like to correct it.

The nosecone has now been added, and panel lines sanded and primed to ensure a suitable result.

So, now we finish work on the wing root. If you were a little confused earlier when I was explaining why I was hollowing this section out, hopefully it’s all clear now. Here I have punched a series of holes in a 10thou card and it has been glued to the wing root. 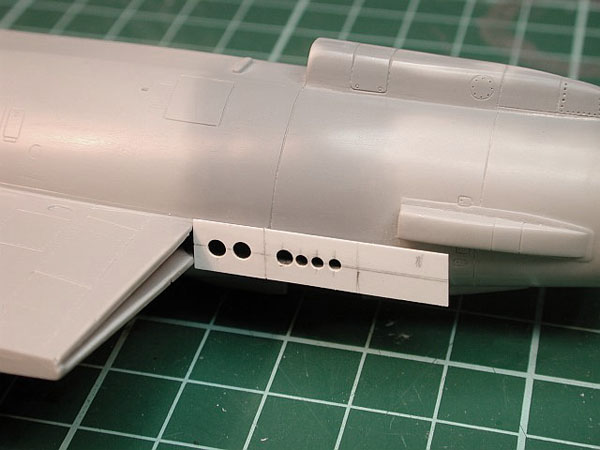 Once the glue had dried, a sharp knife is used to trim the excess away and the illusion of depth behind the wing root is achieved. Again, a small touch, but one that will add to the overall effect of realism. 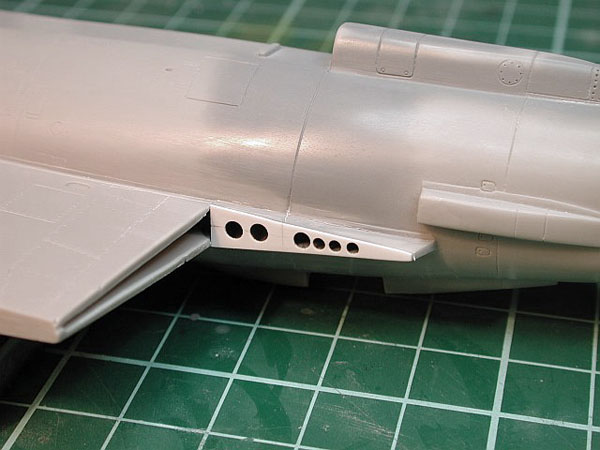 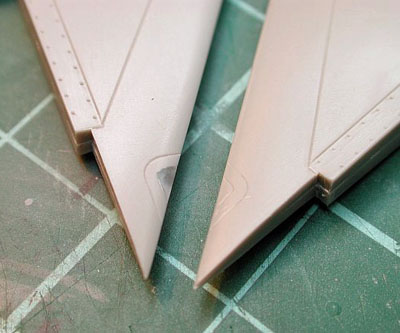 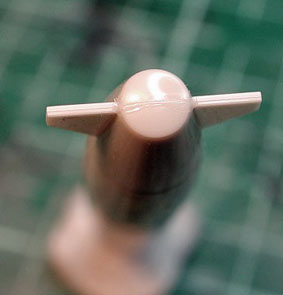 Hasegawa give us the option of using a clear navigation light or solid one. I prefer the effect of a clear light. Here you see on the left wing, I have cut away the plastic section, glued in the clear part, sanded it flush to the wing (the fit was not brilliant) and then buffed it back to clear. The right hand one will be done next.

The drop tanks are pretty good, but the fins are way over scale (as can be seen here). I will cut these off and replace with plasticard.