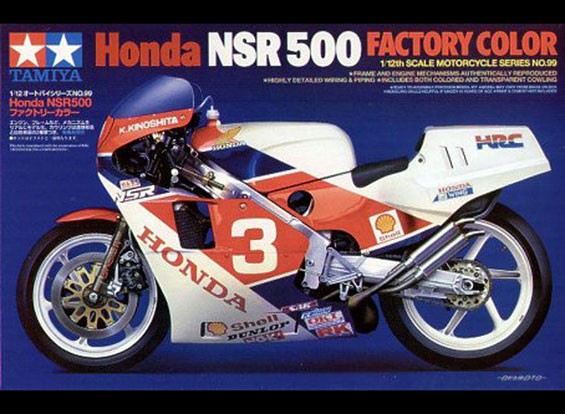 I decided to convert a standard Tamiya 1:12 Honda NSR500 racing motorcycle to a street racer as apart from their latest Kawasaki H2R kit there is nothing much out there that has the look of the café racer which I like and admire.

These motorcycles lack the complete fairings of the current style thus exposing all that goes into the construction of the basic motorcycle.

It was successfully raced in the mid 1980’s by Freddie Spencer and Wayne Gardiner and also by Keiji Kinoshita in the All Japan Road Racing Championship.

I intended to use most of the Honda kit with the exception of the seat, windshield, fairings and rear mudguard.

I would also design and scratch build a seat frame and rear fairing of the type currently in style which appear to have about a foot of clearance above the rear wheel!

Lights would be required which would be robbed from my Honda VFR750 kit, which lacks its engine as I used this item on one of my sci-fi kit scratch builds.

I would make use of the kit racing wheels and tyres purely as they look the part.

From conversations with the model motorcycle builders in our club it would seem that the best method of building a motorcycle kit is to build and paint sub-assemblies and then finally assemble these together, a bit like a real bike.

As I’m now writing this after the build is complete, I thought you’d like to see how the project turned out? A couple of photos of my completed model. 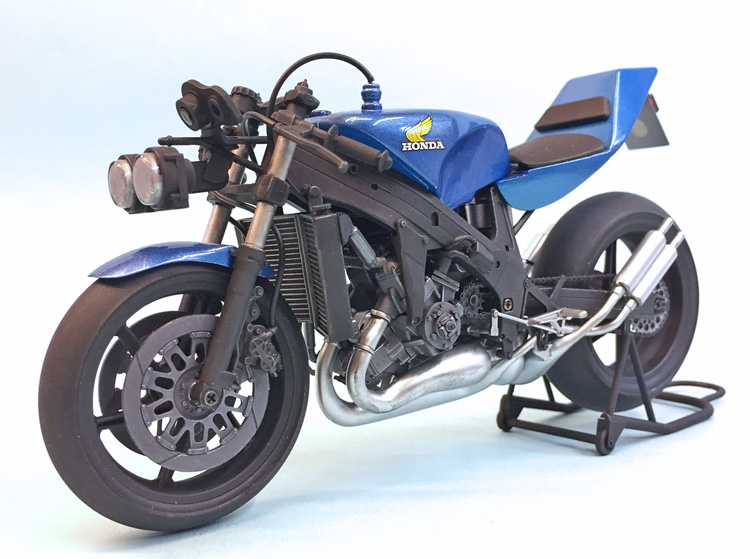 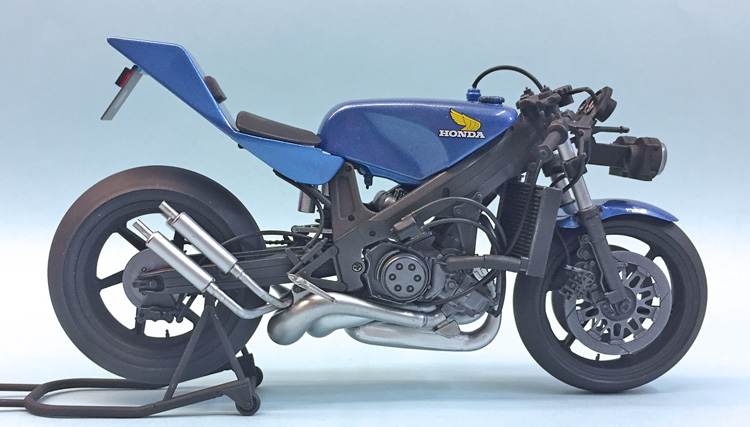