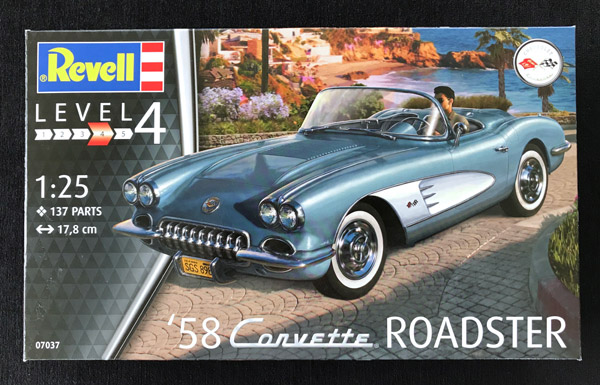 As Geoff B has finished his project, I though you’d like to take a quick look at how it all turned out – very nicely as it happens! Great job Geoff and love that yellow paintwork :) 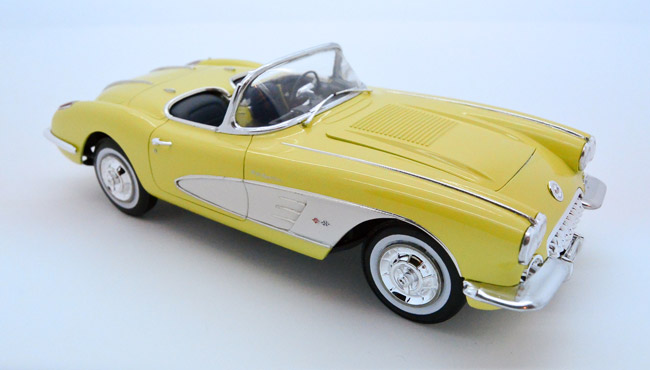 Over to you Geoff for your story…

When I was asked by the editor if I would be interested in building this model for the magazine, I jumped at the chance, firstly because I’m a great fan of the Corvette, and secondly, I did have the original Monogram “Pro Modeller” version, originally released back in 1998. I sold that on to a friend many years ago, and regretted selling it pretty much straight away.

As with all my builds, before anything gets started, I go onto the internet and search for the vehicle I’m building, luckily there is plenty of information available on the Corvette. I was going to go with the colour scheme depicted on the box, Chevrolet Silver Blue, but decided against the blue as the last few models I’ve built have been painted blue and wanted something a little brighter. I finally settled on Panama Yellow with a charcoal interior, which looking at the photographs I downloaded is a dark grey with a hint of blue. This would have to be mixed up later in the build, the Panama Yellow was ordered from MCW Lacquers in America. 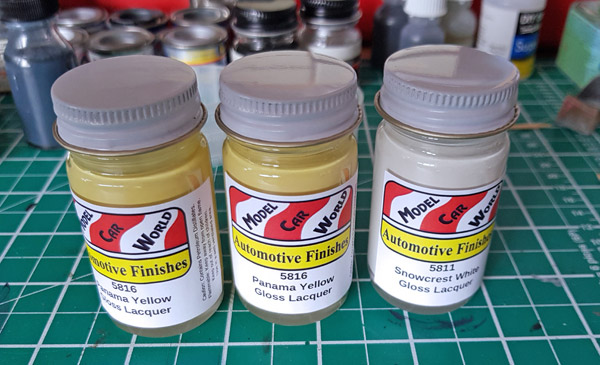 With the paint on order, I carried on with the rest of the build, starting with the body, checking and removing a few mould lines than run along the top of the front wings, doors and rear wings, plus two running along the rear and front valances.