Geoff asked me to do this some time ago, but it was delayed – substantially delayed by the Maserati.

However building the Maserati will help with my patience quota in the future!!
Geoff did a video review of the kit, so I won’t go through it again.

This is an old kit, which, along with others Airfix are re-releasing almost as they were at their time. My view is that this is obviously so as some of the things that are less evident in kits nowadays are present in the sprues here, most noticeably the injection marks!

But this is to be expected and although I have bought some wheels (see below) I am not going to do much more than build the kit and tweak it using my spares box and any tools that I have already in my workshop.

I have seen many reviews of this kit during my research, and I have found many that complain of inaccuracies and difficulties in assembly. I have not found much evidence of this and anyhow there is nothing that an average model maker cannot correct if they spot them.

Here is how it turned out…

So back to the kit that I have here…

As I understand it, it was produced initially in 1971, as I mentioned above.

These wheels are produced by The Model Bunker for a currently advertised price of 40euros (February 2022). Although you will have to make up a method of fitting them to the brake drums, they are a significant improvement on the originals, certainly enough to justify the cost and the extra work! 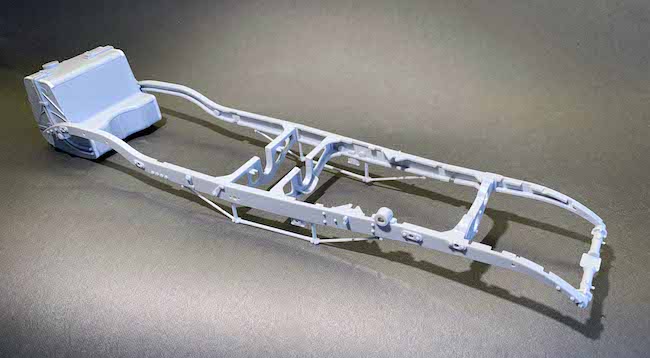 I am starting with the basic chassis – this will help gauge the fit of all the other parts. It is very large at over a foot long. I have just noticed that since I last spoke to the model bunker that they have produced a 1:12 scale fuel tank which looks mouthwatering! It will involve removing the kit tank which I have already fixed, but no problem ! 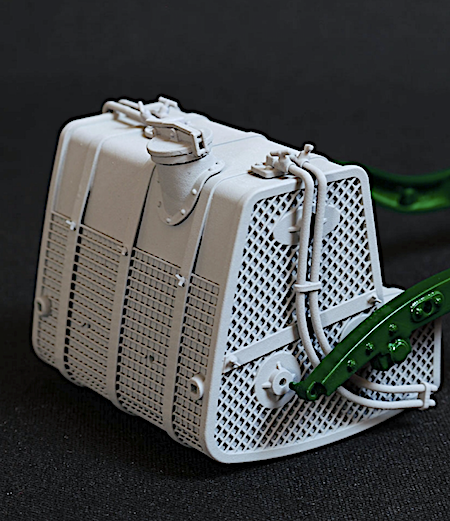