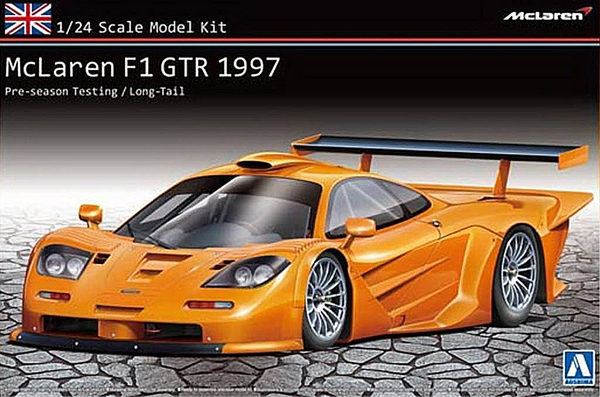 Just before we get started…
How about this great end result – and this from a professed non-vehicle scale modeller! Well done Dave on a superb job here – just love the look of this great ‘super car’ :)

(Courtesy of Wikipedia)
The McLaren F1 GTR was a racing variant of the McLaren F1 sports car first produced in 1995 for grand touring style racing, such as the BPR Global GT Series, FIA GT Championship, JGTC, and British GT Championship. It is most famous for its overall victory at the 1995 24 Hours of Le Mans where it won against faster purpose-built prototypes. McLaren F1 GTRs raced internationally until 2005 when the final race chassis was retired.

With the BPR Global GT Series reformed into the FIA GT Championship in 1997, rules regarding the cars used in the premier GT1 class were altered. Homologation specials like the Porsche 911 GT1 had already proven their worth in the final races of 1996, while newcomer Mercedes-Benz was showing the potential of their new CLK-GTR in testing. McLaren was therefore forced to give the F1 extensive modifications in order to be able to compete against cars which had been meant as race cars first, and not road cars like the F1. 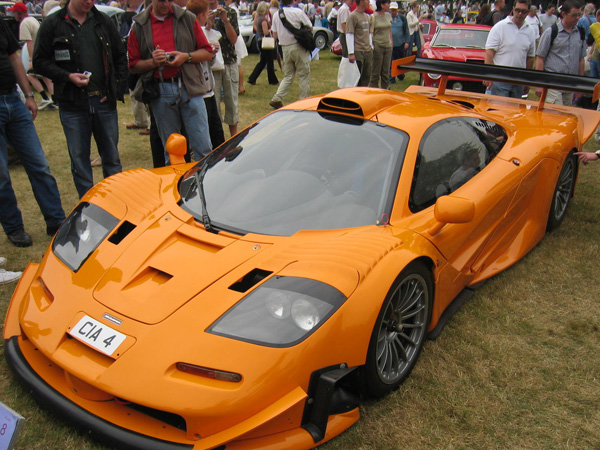 First and foremost, the F1 required extensive modification to its bodywork in order to gain as much aerodynamic downforce as possible. Although it retained the same carbon fibre monocoque as the road car, the entire exterior of the car was purpose built. A much longer nose and tail, as well as a wider rear wing, were designed in order to maximise the amount of aerodynamic downforce, while the wheel arches were widened in order to allow for the maximum amount of grip from the tyres allowed by the rules. Ground clearance was also changed to 70 millimetres (2.76 in) front and rear, rather than the 60 millimetres (2.36 in) front and 80 millimetres (3.15 in) rear clearance of the 1996-spec car.

The engine also saw extensive modification, with a stroke reduction bringing the BMW S70 V12 down to 5,990 cubic centimetres (366 cu in) in an attempt to prolong the life of the engines, while still maintaining the air restrictor-controlled 600 brake horsepower (447 kW). The stock gearbox was replaced with a new X-trac 6-speed sequential transmission. 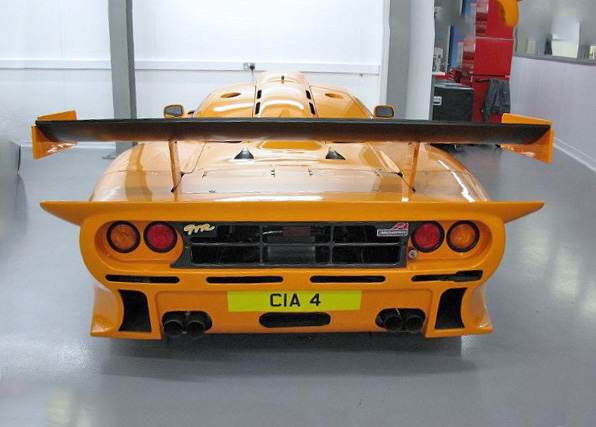 A total of ten more GTRs were built, with none of the previous cars being upgraded to the 1997-spec. In order to be allowed to construct cars that were so radically different from the F1 road car, McLaren was forced to build production road cars using the GTR ’97’s bodywork. These cars came to be known as the F1 GT, of which only three were built. The 1997-spec cars are commonly referred to as the “Long Tail” version due to their stretched bodywork, most noticeably in the rear.

Following the end of competition for most F1 GTRs in 1998, the various chassis were put to different uses. Some cars, such as the Le Mans-winning chassis #01R, were put on public exhibition at motor shows or in museums. Others were bought by private collectors, either for storage or for use by their owners in historic track day competition, such as the GT90s Revival Series which mainly involved former BPR Global GT Series competitors. 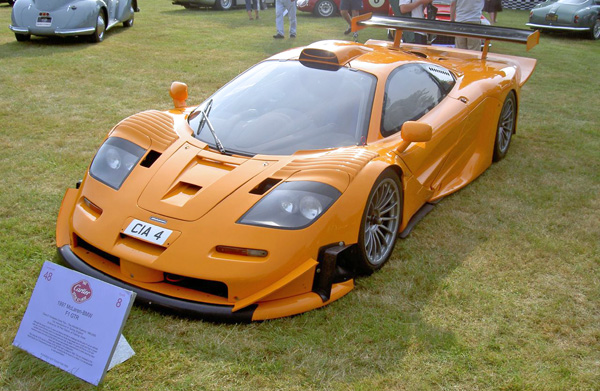 A handful of GTRs were not only bought by private owners, but also extensively modified by McLaren to make them street-legal machines. In order to meet regulations, the cars were required to have their ride heights increased, as well as a change from a racing fuel tank and inlet to a more traditional tank and fuel cap. The air restrictor on the engine was also removed, allowing the BMW engines to produce their full potential power. Comforts such as the production car’s sound deadening system, and even sometimes the two passenger seats, were left out of the car. These modified McLaren F1 GTRs are considered the ultimate versions of the road car, since they weigh considerably less than any of the other street cars. Several F1 GTRs in this form are still driven today.
A total of 28 F1 GTR chassis were built. Nine were built in 1995-spec, nine in 1996-spec, and ten more in 1997-spec. Some cars were upgraded from one spec to another, but this count only includes cars built from scratch to that specification.