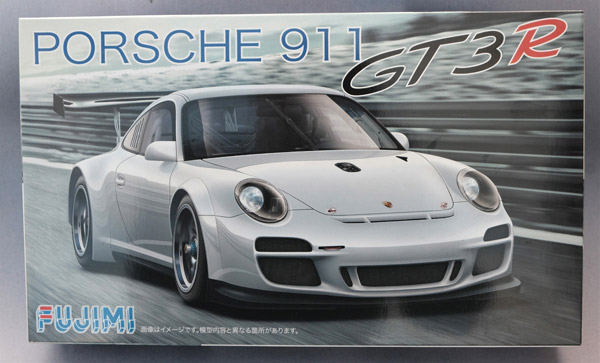 Ever since the introduction of the Porsche water-cooled engines with the 996 variant of the evergreen 911, they have included a range of Motorsport focused GT cars in the 911 product line-up.

The 996 GT3 and GT3 Cup racing cars were based on the normally aspirated, Hans Mezger designed engine used in the Porsche GT1 LeMans car. This was followed with a “widow-maker” GT2 Turbocharged two-wheel drive version of the GT3 and was in production between 2000 and 2005 when the 996-model range was superceded by the 997 version of the 911.

The GT3 variant of the Porsche 997 debuted at the 2006 Geneva Motor Show alongside the 997 Turbo. Like previous GT3 models, it is a way for Porsche to homologate aerodynamic features for racing, as well as to offer race cars for customer teams. The 997 GT3 was priced at US$106,000. The engine has the same displacement as the Turbo. However, it deletes the turbochargers and uses a new variable intake system.

Compared to the “cooking” 911s, the GT3’s body work includes a special front bumper which increases cooling for the front-mounted radiators as well as a split spoiler at the rear. The GT3 also has a special rear bumper and centre tailpipes which draw heat away from the engine. The suspension system is lowered and fully adjustable for ride height and the car utilises Michelin Pilot Sport Cup 30-series 305 mm (12 in) tyres and 19 in (483 mm) wheels. The car weighs 1,395 kg (3,075 lb.).

The 997 GT3 is more driver-friendly than its predecessor, with “comfort” seats and the Porsche Communication Management system installed. 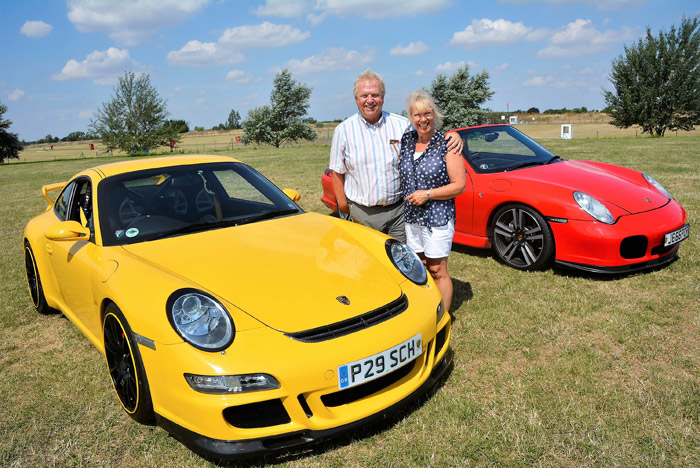 It was also available as a “Clubsport” version, like the one that I am lucky to own. The Clubsport specification was a no-cost factory option and came fitted with the Carbon Fibre Recaro seats as fitted to the Carrera GT, Roll-cage, Six-point Schroth harnesses, onboard fire extinguisher and preparation for a battery cut-off switch

Like the Clubsport, the RS model came without most of the road car luxuries to focus more on track-orientated driving (although the car is still road-legal). The RS trim also included a full roll cage and carbon fibre seats along with a large fixed rear wing to add to that race-car-for-the-road feel. The RS version was introduced in Europe in October 2006; A racing version of the GT3 RS debuted in 2007, and it was called the 997 GT3 RSR. 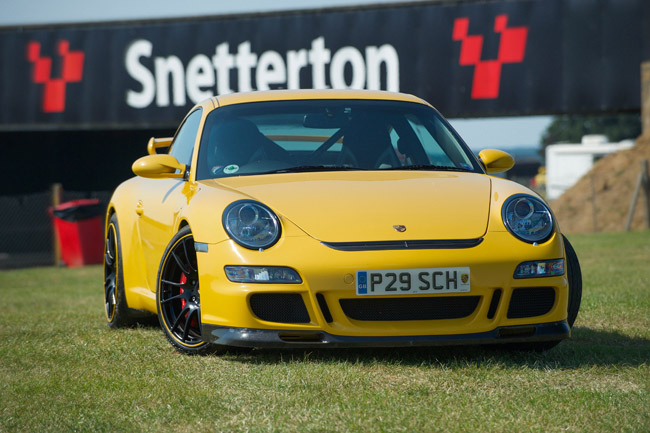 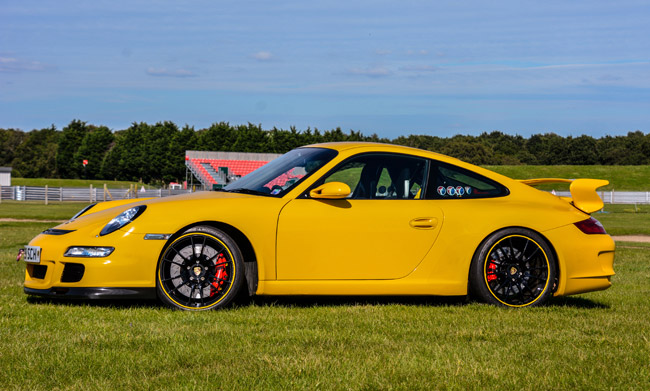 Development of the RSR continued with The Porsche 911 GT3 R based on the 997-model generation (2010-2014 MY) with further extensive body and chassis modifications. 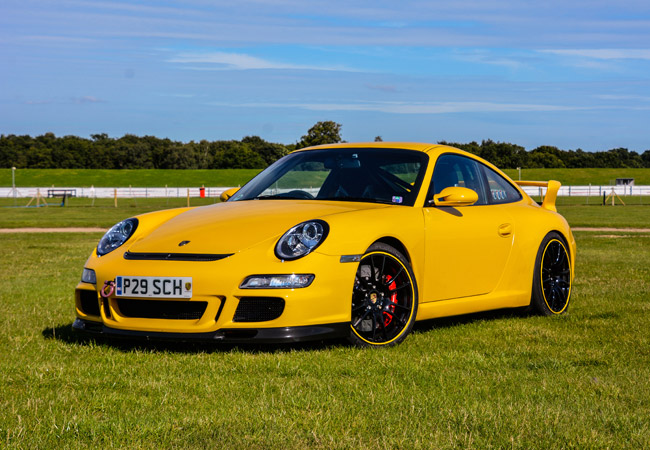 Porsche Motorsport significantly modified the aerodynamics. The front bumper panels, all fenders, the sill covers, the rear panel and underbody with rear diffuser received further fine-tuning in the wind tunnel. The rear wing was enlarged to the width of the vehicle and repositioned to work optimally with the redesigned body.

The suspension also underwent modifications as well. The track of both the front and rear axle grew by 50 millimetres. The width of the front rims is now twelve instead of 10.9 inches. The wheelbase of the latest 911 GT3 R grew by ten millimetres.

Like its predecessor, the highly efficient 4.0L, six-cylinder flat engine has an out-put of 368 kW (500 hp). The Porsche six-speed sequential dog-type gearbox with pneumatic shift system is operated via shift paddles on the steering wheel which allows very fast and smooth gear changes.

A wide range of electronic driver assistance systems adopted from the predecessor are installed to reduce driver workload. The E-gas features a throttle-blip function. The gearbox electronics make missed gear changes and the resulting over revving of the engine virtually impossible. Thanks to a special traction control and race ABS systems, the 911 GT3 handles extremely well under braking and acceleration.

With a conversion kit offered by Porsche, customer teams could have converted older model years of the 911 GT3 R to the 2013/14-spec. The kit is available from Porsche Motorsport at the price of 45,500 Euros plus VAT.

The GT3R is the version that FUJIMI have chosen to issue and which is the subject of this Build…. 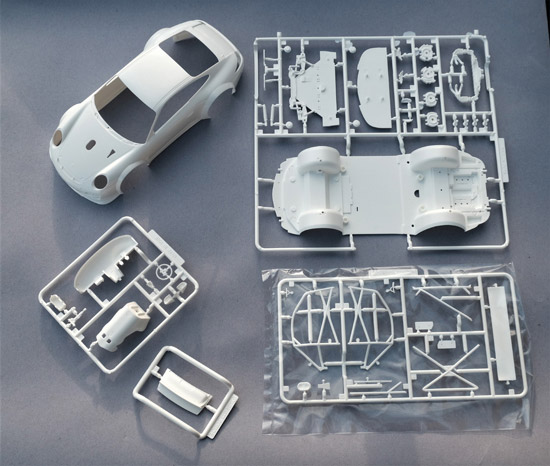