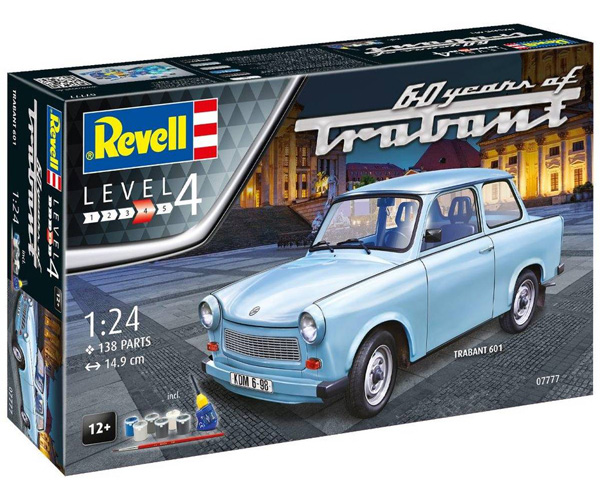 A note from Geoff C…
AS we have photos of Geoff’s completed model now, here is a pic right up front – certainly a classic ‘Cold War’ type! 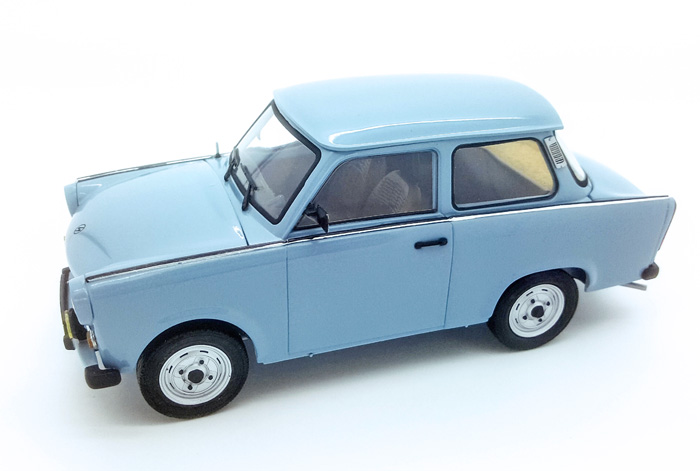 Over to you Geoff…

I’ve always had a fascination for the more quirky cars, and you can’t get much more quirky than the old East German Trabant.

First released back in 1963, Trabant was front wheel drive, but it used an old pre-war DKW designed two cylinder two stroke engine. The VW Beetle was West Germany’s people car and the Trabant was considered to be the very same back in the old East Germany.

The body shell, which was actually a monocoque design and made of steel, the roof panel, door skins, boot lid, bonnet and front and rear wings were made from a product called Duraplast, with the front valance and rear panel made of steel.

I have seen a few of these models built up with a lot of weathering and rust added to the outer panels, which of course is totally unrealistic, yes the underneath of a Trabant can rust like any other car, but the Durplast panels don’t.