Feature Article by: Dave Smith
Designed for: Intermediate modellers to advanced. Depending on the level of detail they should wish to add.

On Feb. 20, 1962, an Atlas rocket successfully carried John Glenn into orbit aboard Friendship 7, a flight that ushered in a new era of space travel that eventually led to Americans walking on the moon by the end of the 1960s.

This is quite a simple construction, but to get the best from what is a straightforward kit, a little homework is needed. This requires some trawling of the internet for images of the various aspects of the capsules to get the details missing from the kit instructions.

The instructions are a little unhelpful in places, with, for instance, decal placement on the instrument panel, and colours of same, but for anyone with the slightest interest in this subject, it will be a joy to build, and with a little extra work, the end result will give a lot of pleasure.

And so to the build!

I had been aware of this kit for some time, but the £50 price put me off a little. That was until I was leaving the Nationals at Telford 18 months ago and, while passing a stall, saw it for £30: Bargain!

I have always had a keen interest in the ‘Space Race’ and the Astronauts who participated in it. This gave me a keener perspective on this project, and, I feel, a wish to produce a better end product.

I started with the escape tower. It was a simple construction, and quite quick to put together. The only thing that was required to improve the look was to replace the moulded tie bolts around the rocket main body with small pieces of small diameter plastic rod. Simples!

After construction, the assembly was undercoated and painted, leaving only the single decal which could be applied later. 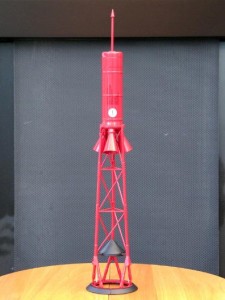 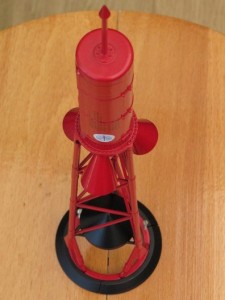 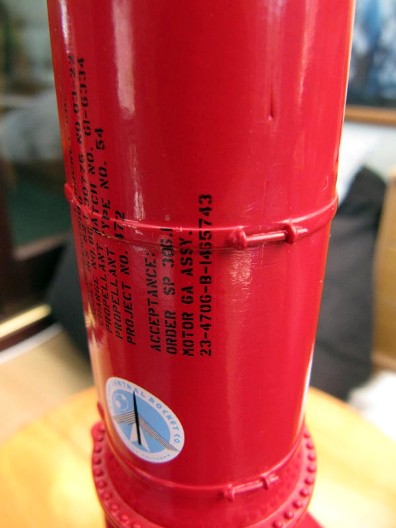 Onto the all-important interior