Just before we get started, below is a look at how it all turned out… 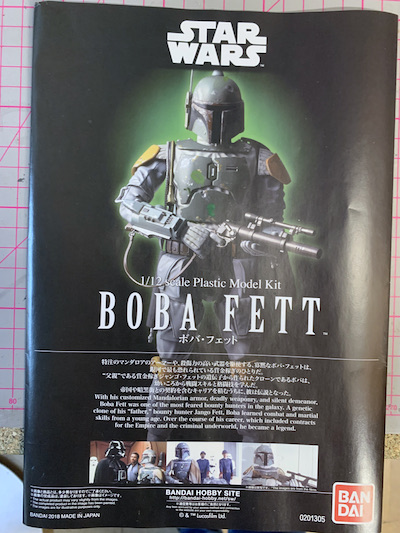 With the oncoming new release of the Star Wars addition and the book of Bobba Fett, it’s rather fortuitous maybe by design that I have put together the details of the build of the Galaxies’s most hated bounty hunter.

The kit from Bandai is in 1:12th and matches all the other figures that are in the range they follow a specific build pattern, and all the joining joints are the same for all the two-legged figures even C3PO. All the joining parts to allow the figure to move are on Sprue PCF.

If you have never put a Bandai together it’s like going from 70s old Airfix to modern day Tamiya but the base reference is Tamiya in this case and the update is the Bandai. The technology to put 4 different colours on one sprue whilst not ground-breaking anymore it’s still wonderful to see, (especially if you have ever run an injection modelling machine).

You don’t need glue, but I use Tamiya extra thin – don’t we all? As it gives it a little more security and me peace of mind. 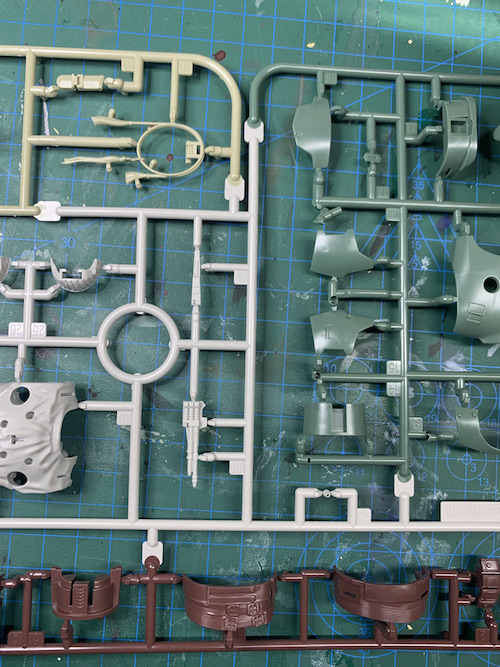 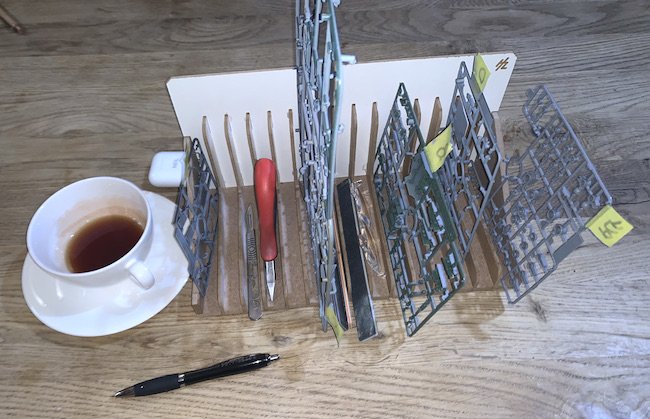 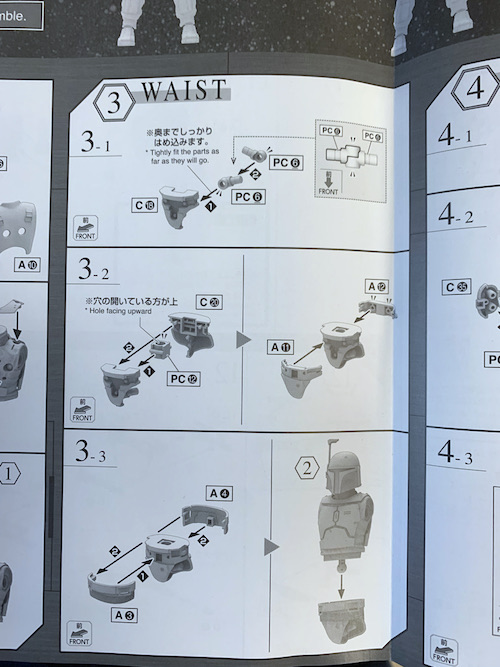 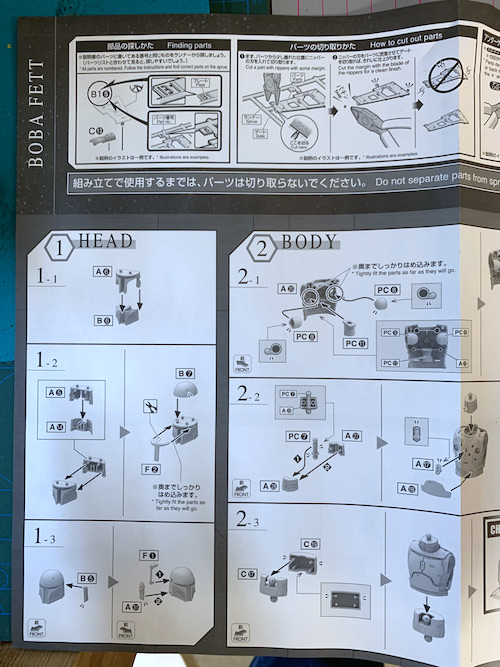 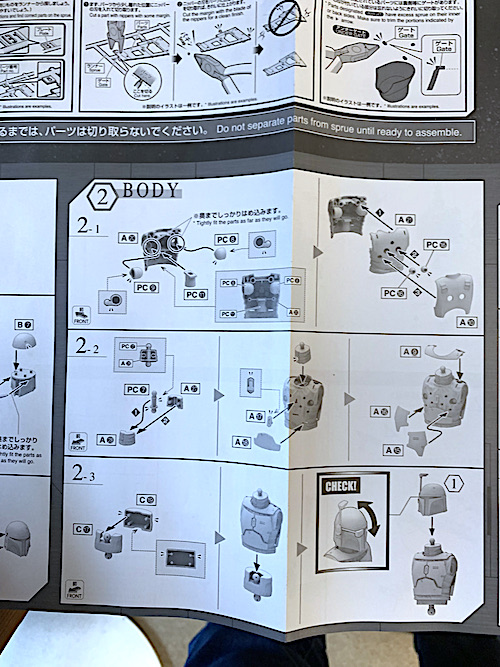 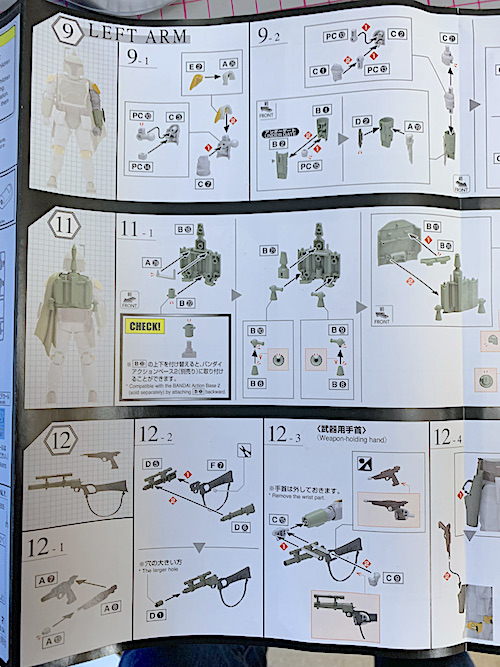 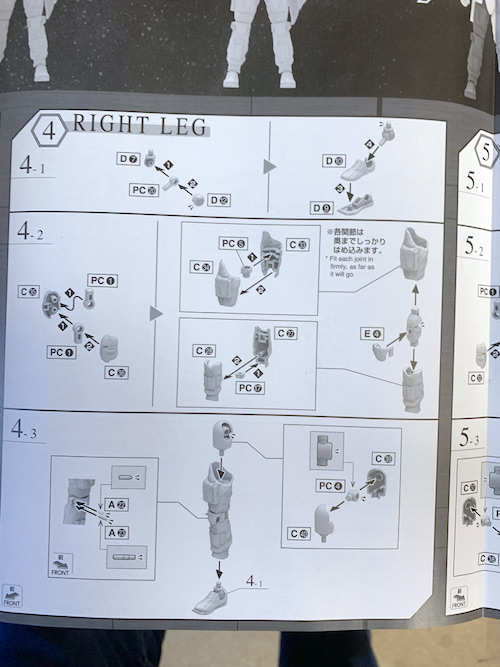 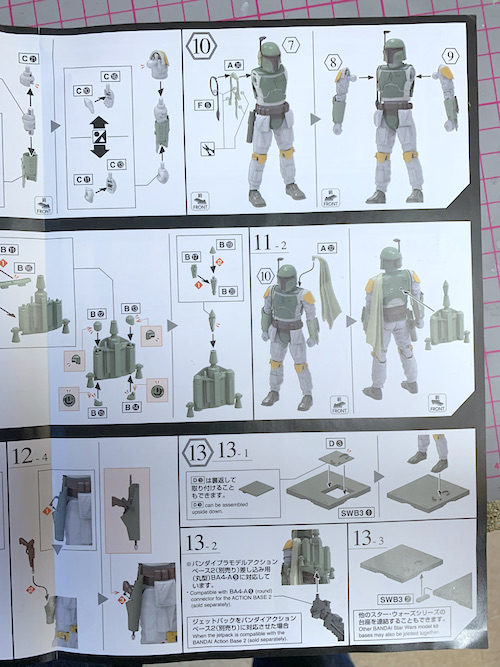 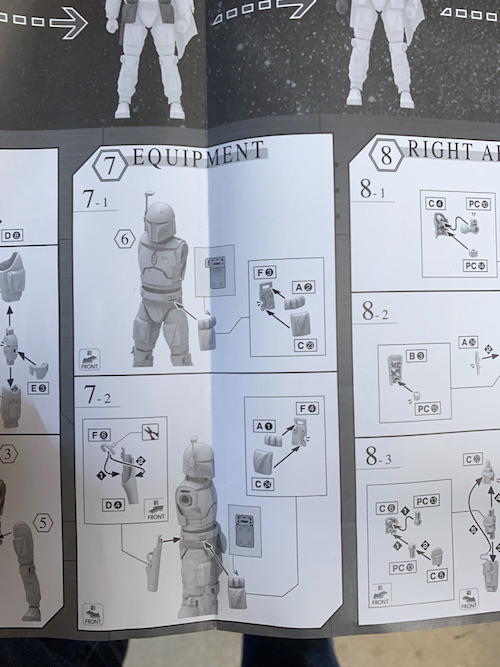