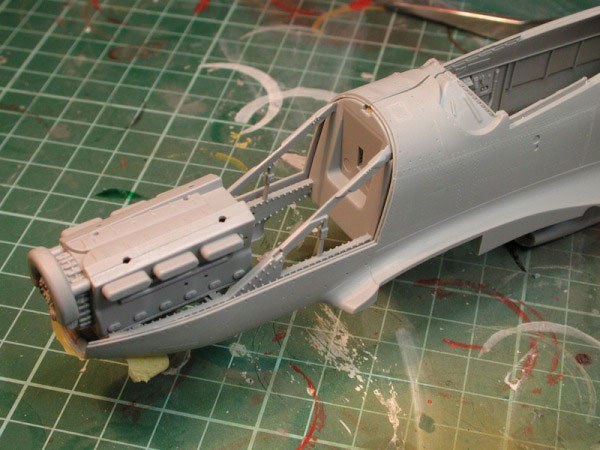 Turning now to the front, as mentioned earlier I have no desire to display the engine. Having said that, I need to assemble just enough if (including support) to give me something onto which the exhaust stubs and propeller spinner can be mounted. As a general comment, the fit of these parts is not all that great so make sure you test fit. 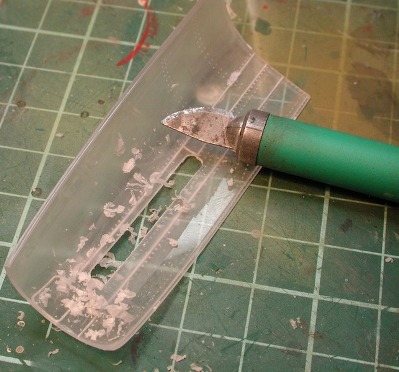 On the real aircraft the engine cowling is sheet metal (and hence quite thin). Where the exhausts extend thru the cowling, the wall of the cowling can be seen and it’s quite obviously over-scale. Rather than use the Dremel here (which I was concerned may get away from me a make a mess), I slowly scraped the inside of around the opening for the exhausts till an appropriate thickness was achieved. 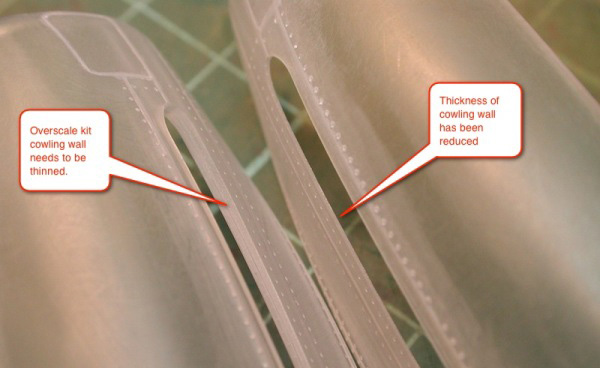 Here we see the two engine covers, one has been thinned down the other has not; this was slow work but worth the extra effort (hopefully)! 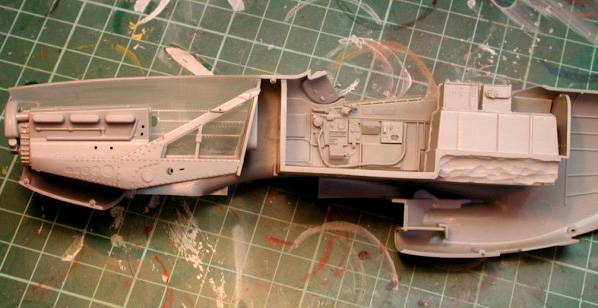 With the engine mount and cowling complete, it was time for a test fit. I decided to attach both left and right cowls to their respective fuselage halves at this point rather than when the fuselage was together.

Again from my research I had discovered that most model manufacturers have struggled to achieve the right shape of the Hamilton Standard Cuffed propeller as fitted to most earlier P-51 variants (including the D). My order to Hannants therefore also included the (Quickboost 32057 P-51D Mustang Propellor). This photo shows a direct comparison of the size and shape of the Dragon, Trumpeter and Quickboost items. 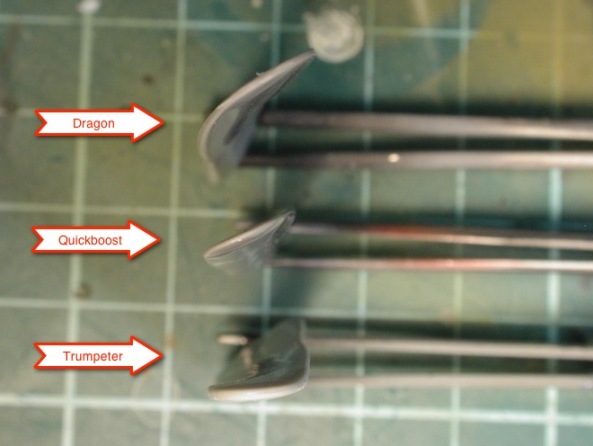 Not only is the Dragon propeller oversize, but the shape is wrong. Here we see all three props again, this time from the top. Note how the Dragon prop curves the opposite way to the other two. 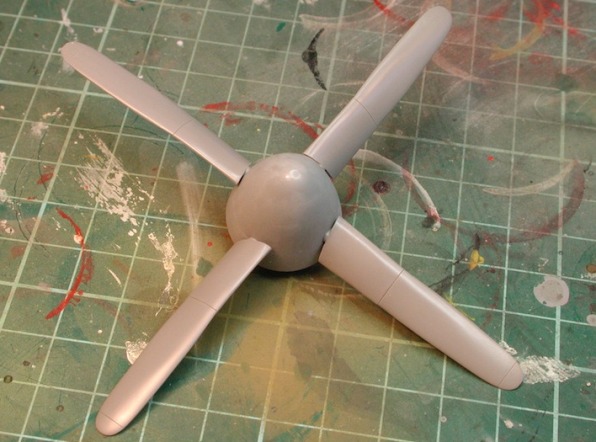 With some quick modifications to the spinner to allow me to attach the props post-painting, a dry fit shows the final result. Even if you are on a very tight budget, the QB props are a must have.

Fixing the surface – a challenge worth taking? Read on…