Starting and looking at the parts…

While clearing out some old kits, an assembled Falcon kit intended to be displayed “battle damaged” surfaced. Rather than scrap it, it was stripped down to its main components, battle damage repaired with filler, cleaned up and made ready to rebuild. It was possible to largely duplicate the original build except for assembling the crew (pilot and gunner) at their stations and the operation of the rear ramp for the troop compartment.

The model consists of an upper and lower hull troop cabin with exit ramp and an upper weapons turret fulfilling its attack and troop-carrying role. The crew of two are visible through the cockpits mounted on the hull and turret.

The troop cabin is formed from an interior section, the rear ramp and the closure when the upper hull is fitted. Air intakes and engine exhausts come together when the lower hull and cabin interior section are joined.

Stripped down, the main components are shown below. Starting from the top is: 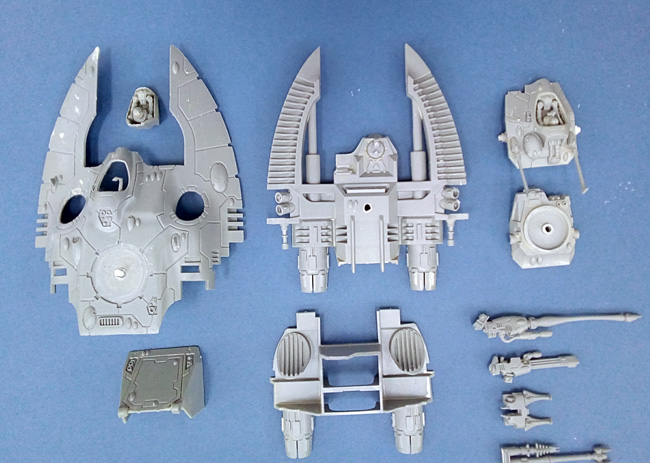 Locating pins and the easy fit of parts made assembly simple. A few minor gaps are easily filled and sanded. Beginning with the troop cabin and upper exhaust section, it was joined to the lower hull. 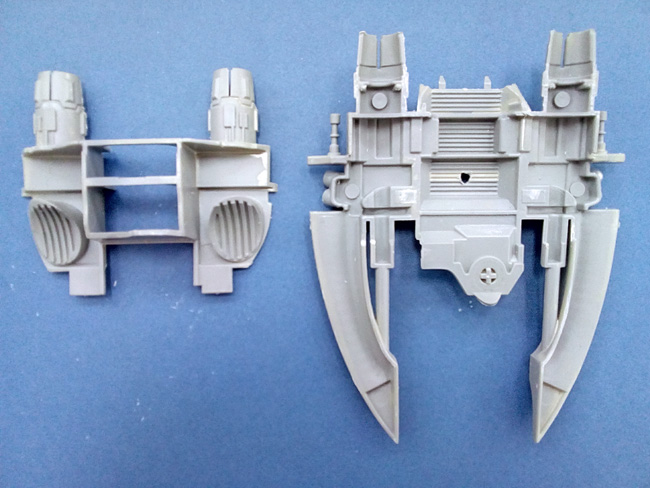 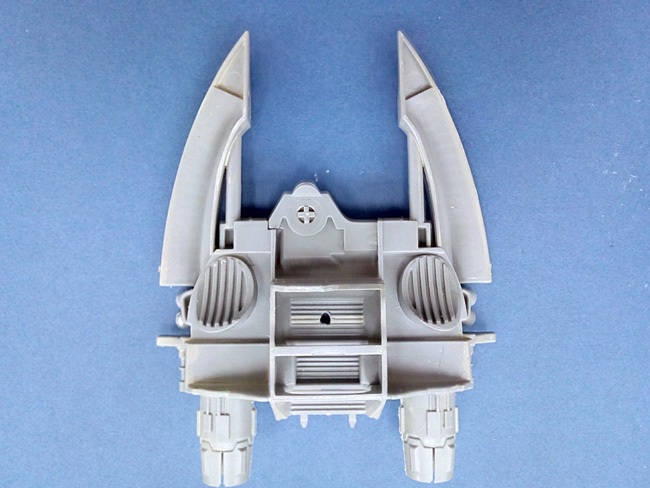 Next, the weaponry was added to the lower hull where a hole was drilled to take a section of clear rod when attached to the base. 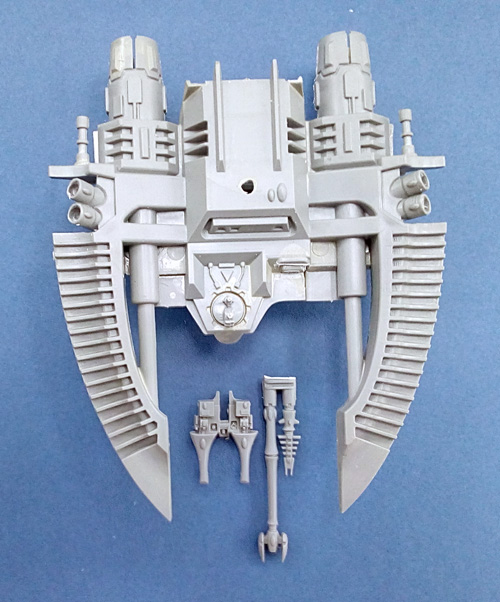 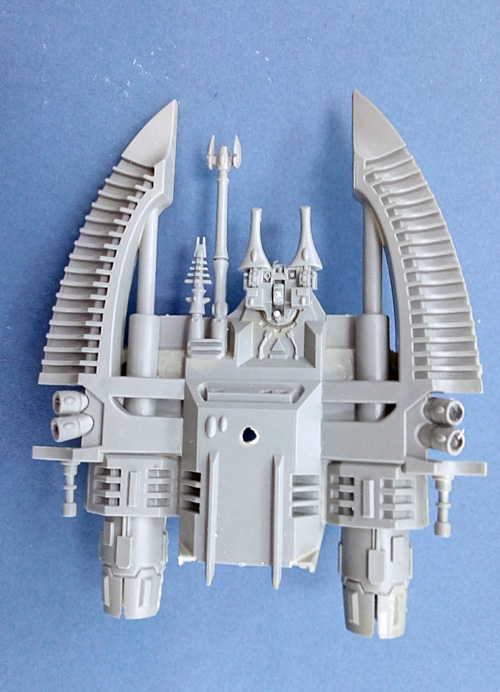 Insertion of the pilot/cockpit was followed by attaching the troop ramp shown above on the right.