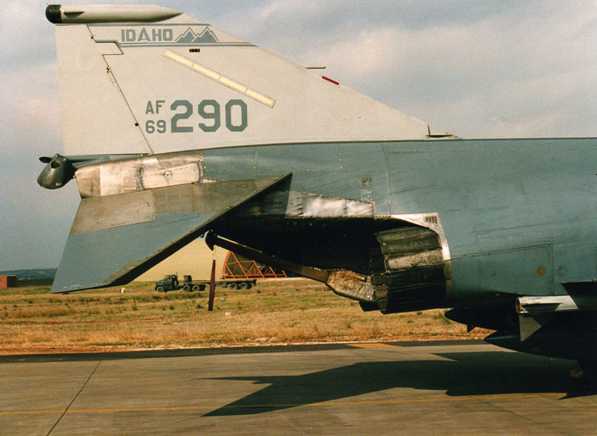 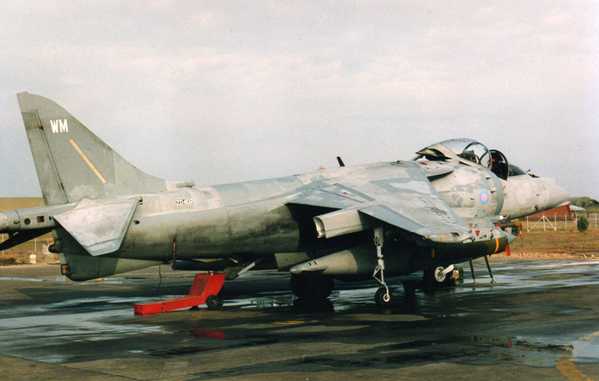 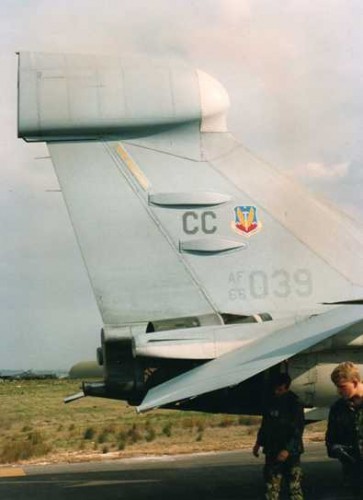 In this entry to your TB we have some great material supplied by Steve Hesse that includes some excellent, unique images, observations and insight from someone who was there. My sincere thanks to Steve for letting us have this great material that you can use to make some incredibly interesting and seriously ‘different’ models of the featured subjects (as in the case of the Harrier GR5 – check out that extraordinary weathering!). Thanks Steve.

These photos were taken whilst on detachment to Incirlik AB in Turkey, between November ’94 and January ’95. Incirlik was a joint Turkish / USAF base with US forces on 90 day TDY tours, under command of a Turkish General (Air Force).

During this detachment the main runway was being refurbished and resurfaced and the based strike aircraft – both American and Turkish were flying from the main parallel taxiway. This meant the larger aircraft; tankers and AWACS were out based during this refurbishment. The USAF E-3 AWACS were flying from Adana civil airport a few miles away near the city of Adana, whilst the USAF KC-135 and RAF VC10 K2 tankers were based at Antalya airport which was a joint civil / military base some 300 miles to the west on the other side of the Taurus Mountains.

The aircraft at Incirlik / Adana / Antalya were positioned to enforce the UN resolution establishing a no-fly zone over Kurdish areas of Northern Iraq to prevent Saddam Hussein’s army attacking the Kurds. This was Operation Northern Watch – a similar no fly zone in the south of Iraq was enforced by aircraft based at Dhahran in Saudi Arabia and called Southern Watch unsurprisingly.

Aircraft at Incirlik comprised USAF F15C’s + E’s, Eagles, F16C, Falcons, EF111A, Ravens and F4G Weasles, the RAF contributed Harrier GR5s. These aircraft plus the out based AWACS and tankers were flown as a `composite strike package’ every time the allies flew on Op Northern Watch.

The package was tightly organised chronologically with the AWACS + tankers leading the way. Once they were on station the Ravens and Weasel’s took position leading the strike aircraft to carry out their tasks of Electronic Warfare (EW) and Suppression of Enemy Aircraft Defences (SEAD). After them the Harriers, F16’s and F15E’s with the F15C Eagles as top cover, would enter the no fly zone and check their objectives of the day. This was flown as an armed recce but if anyone fired at them the Harriers and F16 were authorised to shoot back! Any missile or anti-aircraft artillery (AAA) site stupid enough to `light up’ its radar would rapidly receive a HARM missile from a Weasel and probably a CBU from a Harrier or F16.

Each strike sortie entailed a long daylight flight east from Incirlik, over the northern tip of Syria and into northern Iraq. Objectives were to prevent the Iraqi AF from flying in the zone and attacking the Kurds and to monitor any hostile moves from the Iraqi Army, this including the setting up of anti-aircraft missile or AAA sites.

Sitting in the Harrier bar one night I was surprised to hear several aircraft taking off and was even more surprised by the great cheer that went up and the instant start to a big party. On seeking an explanation I was told “that’s the Turks taking off to bomb the Kurds we’ve been protecting. That means no flying for us tomorrow whilst we pass a message east to the Kurds not to shoot at the next aircraft they see, which will be us, the allies”. Apparently when the Kurds of the PKK (Kurdish Workers Party) are shooting at Iraqi’s they are the courageous and patriotic Peshmerga (Freedom Fighters, a nice oxymoron). However when the PKK have a go at the Turks they are to be bombed as traitorous bandits!

These photos were taken for my own modelling reference so are not `aircraft portraits’ but show the bits I wanted to record. They were taken fairly clandestinely avoiding the ever nosy USAF Air Police or even worse an armed and clueless Turkish conscript. Once or twice I had to ‘exit stage right’ to evade trouble, but usually the ground crew on the aircraft gave permission and in a couple of cases kept watch for me. The only proviso on the F4Gs was ‘no cockpit photos ok?’ which I observed (ish).