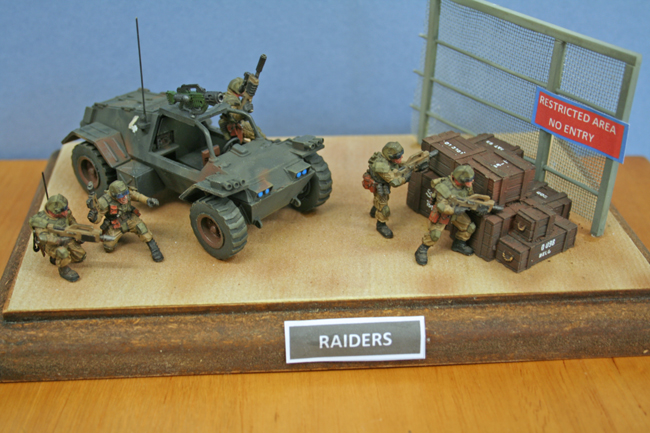 The kit used in the vignette was released by Grey Matter Figures in 2011. A resin kit in 28mm scale, it is suitable for use alongside Warhammer 40K pieces.

Consisting of 23 parts the kit includes a crew of three. The design has been well thought out giving an uncomplicated build with the exception that the crew and the vehicle interior need to be painted and fitted prior to the roof going on. All parts were well cast and fitted together well. Packed in a strong cardboard box the parts had no flash or casting blocks to remove so assembly could start straight away. 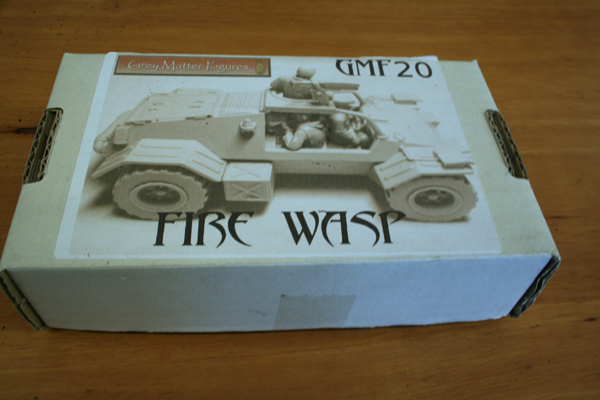 Having started the build several years ago and failing to follow instructions, the roof was fitted before the crew were in place making painting with an airbrush difficult. An attempt at hand painting, gave a poor result and the model was put aside to be worked on at a later date. 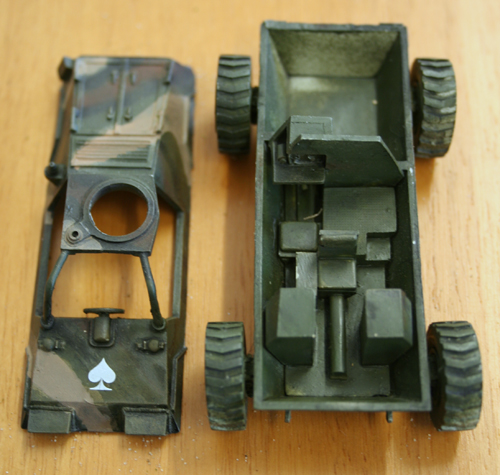 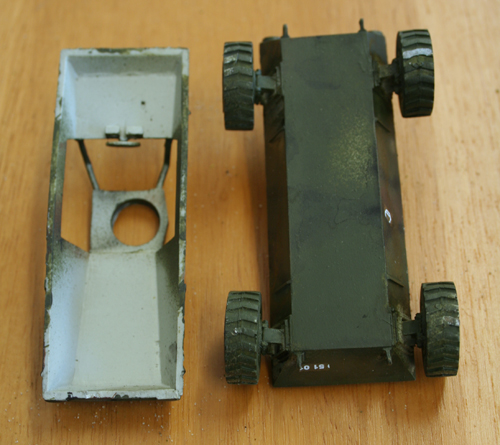 Having come back to the kit, the build was restarted. Given the poor finish of the original paintwork, it was necessary to strip off the paint on completion of the build.

To avoid the problem with fitting the kit’s crew, an alternative set of figures from Forge World was selected. Choosing a section of Elysian drop troops, their pose ideally suited the image of raiders infiltrating an enemy strong point having just dismounted from their vehicle. 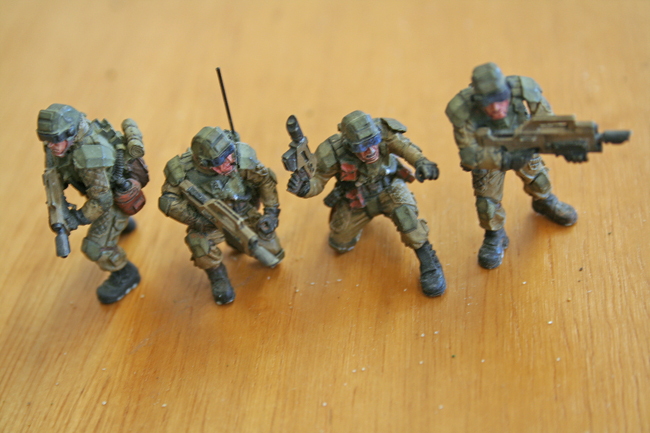 Assembly of the vehicle started with fitting the firewall (with the radio built in) between the engine and crew compartments to the chassis which is in the form of a basic tub. The crew compartment consisting of a single piece floor panel with seating and storage bins was placed in the tub. This was followed by attaching the four suspension arms and wheels to the chassis exterior essentially completing the lower hull. 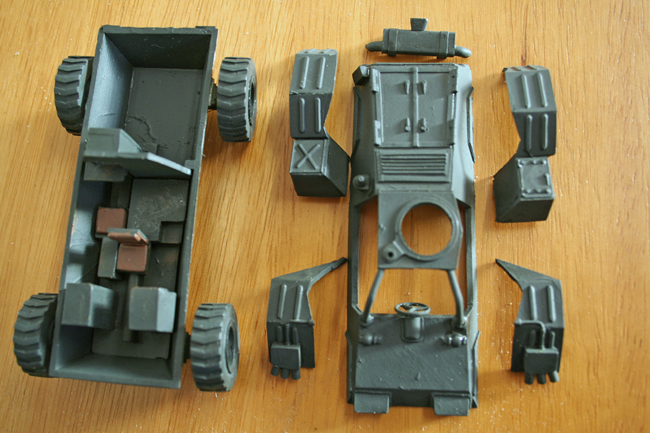 The upper hull was fitted with the roof panel for the weapons mount plus the steering wheel. The four large mudguards with stowage bins and smoke mortars were fitted with the addition of the exhaust system at the rear. The kit weapon was replaced with an item from the drop troops additional equipment. 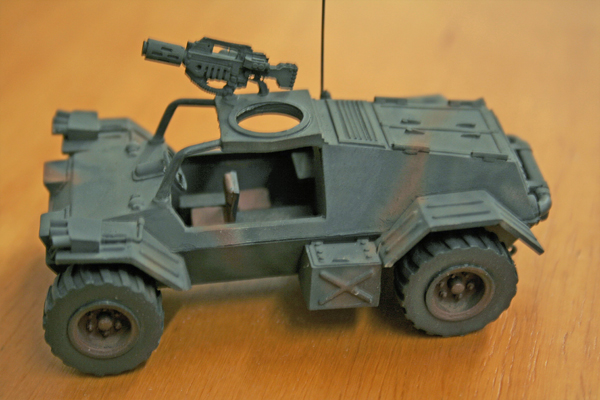