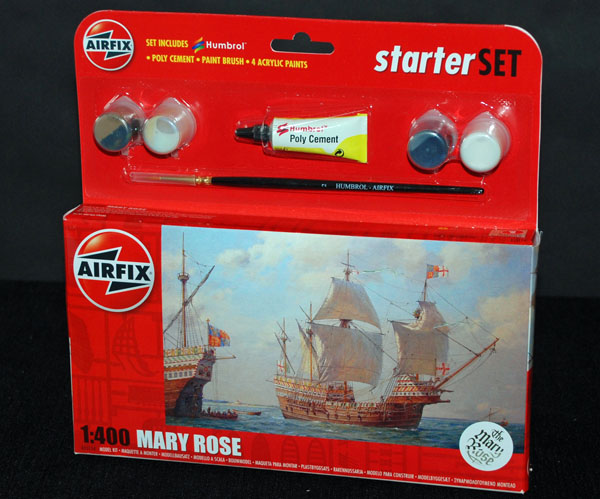 Our thanks to Airfix for supplying our review sample. Get this great kit here now at: www.airfix.com

The Mary Rose was a carrack-type warship of the English Tudor navy of King Henry VIII. After serving for 33 years in several wars against France, Scotland, and Brittany and after being substantially rebuilt in 1536, she saw her last action on 19 July1545. While leading the attack on the galleys of a French invasion fleet, she sank in the Solent, the straits north of the Isle of Wight. The wreck of the Mary Rose was rediscovered in 1971 and salvaged in 1982 by the Mary Rose Trust in one of the most complex and expensive projects in the history of maritime archaeology. The surviving section of the ship and thousands of recovered artefacts are of immeasurable value as a Tudor-era time capsule. 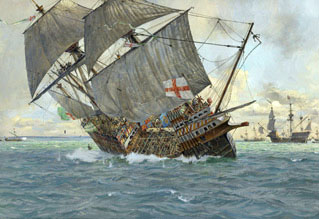 The excavation and salvage of the Mary Rose was a milestone in the field of maritime archaeology, comparable in complexity and cost only to the raising of the Swedish 17th-century warship Vasa in 1961. The finds include weapons, sailing equipment, naval supplies and a wide array of objects used by the crew. Many of the artefacts are unique to the Mary Rose and have provided insights into topics ranging from naval warfare to the history of musical instruments. Since the mid-1980s, while undergoing conservation, the remains of the hull have been on display at the Portsmouth Historic Dockyard. An extensive collection of well-preserved artefacts is on display at the nearby Mary Rose Museum.

The Mary Rose had no known career as a merchant vessel. She was one of the largest ships in the English navy throughout more than three decades of intermittent war and was one of the earliest examples of a purpose-built sailing warship. She was armed with new types of heavy guns that could fire through the recently invented gun-ports. After being substantially rebuilt in 1536, she was also one of the earliest ships that could fire a broadside, although the line of battle tactics that employed it had not yet been developed. Several theories have sought to explain the demise of the Mary Rose, based on historical records, knowledge of 16th-century shipbuilding and modern experiments. The precise cause of her sinking is still unclear, because of conflicting testimonies and a lack of conclusive physical evidence 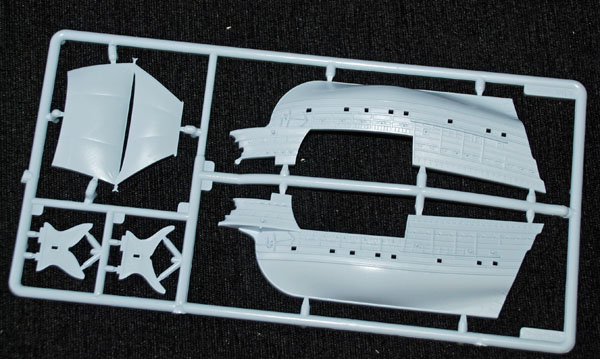 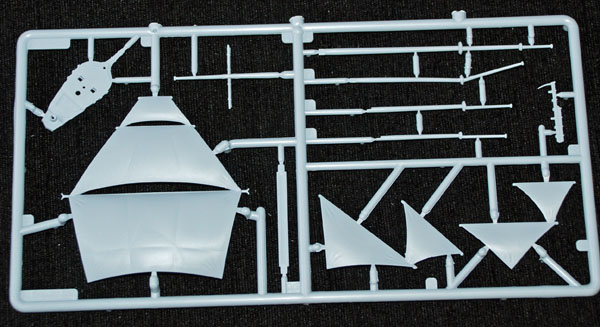 This is a very welcome new-tool release by Airfix of the famous Mary Rose Tudor warship. The model is a simple affair as you can see from the photos above, making up into a small model measuring 164mm long by 69mm wide.

Moulded detail is pretty crisp and little flash is evident on the sprues and Airfix has done a pretty fair job recreating much of the deck and hull kit, although further detail is thin on the ground, leaving you plenty to add.

The instruction booklet offers more than usual with colour reference photos included and that’s a great help – you really don’t have any excuse not to add plenty of additional kit if you want to! 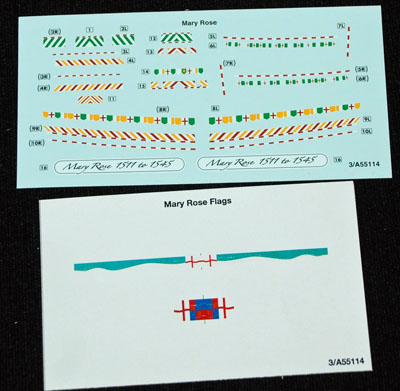 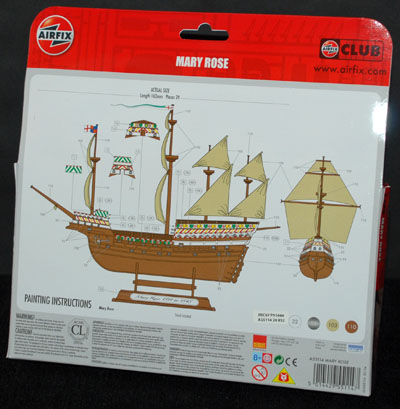 The build sequence seems pretty standard and you’ll probably have your own method of how to go about painting and construction.

A decent enough painting guide is provided on the back of the pack.

The decals included in this kit don’t look too thick, and should settle with a decal solution and feature some of the tricky colour panels applied to the original ship.

A neat addition to Airfix’s range of maritime models that will build into a reasonable model and ideal as a starter model for modellers who like maritime subjects, just want a change or are new to the hobby and like ships.
Geoff C.