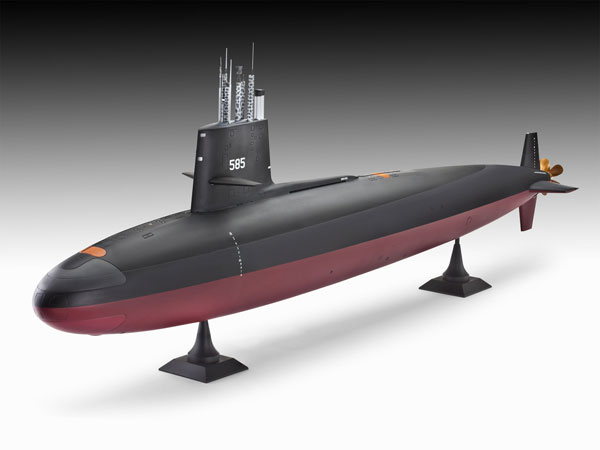 The USS Skipjack (SSN-585) was the first US Navy nuclear attack submarine with a hydro-dynamically optimized tear-drop shape. The hull was a single pressure hull with circular cross-section made of high strength HY-80 steel. A visual feature was that the forward diving planes were fin-mounted for the first time. The six torpedo tubes in the bow could fire a total of 24 torpedoes. The newly developed S5W nuclear reactor enabled her to remain submerged for a long period and her range was only limited by food stores. The shipyard test run confirmed sensational performance with a top speed of over 30 knots when dived. When the USS Skipjack was transferred to the fleet on 15th April 1959, the US Navy received its first true submersible that could operate submerged for months at a time to secure the safety of fast-moving fleet units. Until their decommissioning the six vessels of the Skipjack Class formed the senior unit of the US submarine fleet. The USS Skipjack was the last submarine of that class to be retired on 19th April 1990.

Courtesy of Charles Ryan – served on the USS Shark (SSN-591) (’78-’82) as an Electrician’s Mate 1st Class, operating and maintaining the nuclear propulsion plant, and qualifying in all engineering watch stations.
(6 August 2020)
The last submarine to be decommissioned in the Skipjack Class was the USS Shark (SSN-591) on 15 SEP 1990, not the Skipjack in April. I was not on the decommissioning crew, but I did serve aboard her from 1978-1982. The Skipjack Class were the fastest subs in the US Fleet (surfaced and submerged) at the time, even faster than the new 688s (Los Angeles Class).

The teardrop shaped hull was designed after a one of a kind (test design) diesel boat, the USS Albacore (AGSS-569). She was commissioned 6 DEC 1953 and decommissioned 9 DEC 1972. AGSS-569 has been a dry land museum since it was officially struck from the US Navy in 1980 and is located in Portsmouth, NH (see below).

The Skipjack class boats (the “S girls” as we were called) were not only very fast, but also very noisy. Even when doing special operations (spec ops) and rigging the boat for “ultra-quiet” left us with a somewhat detectable sound signature. When on the surface on a flank bell (fastest speed), we would typically operate “on the step” to get a few more knots out of her.

The image below is ‘on the step’: 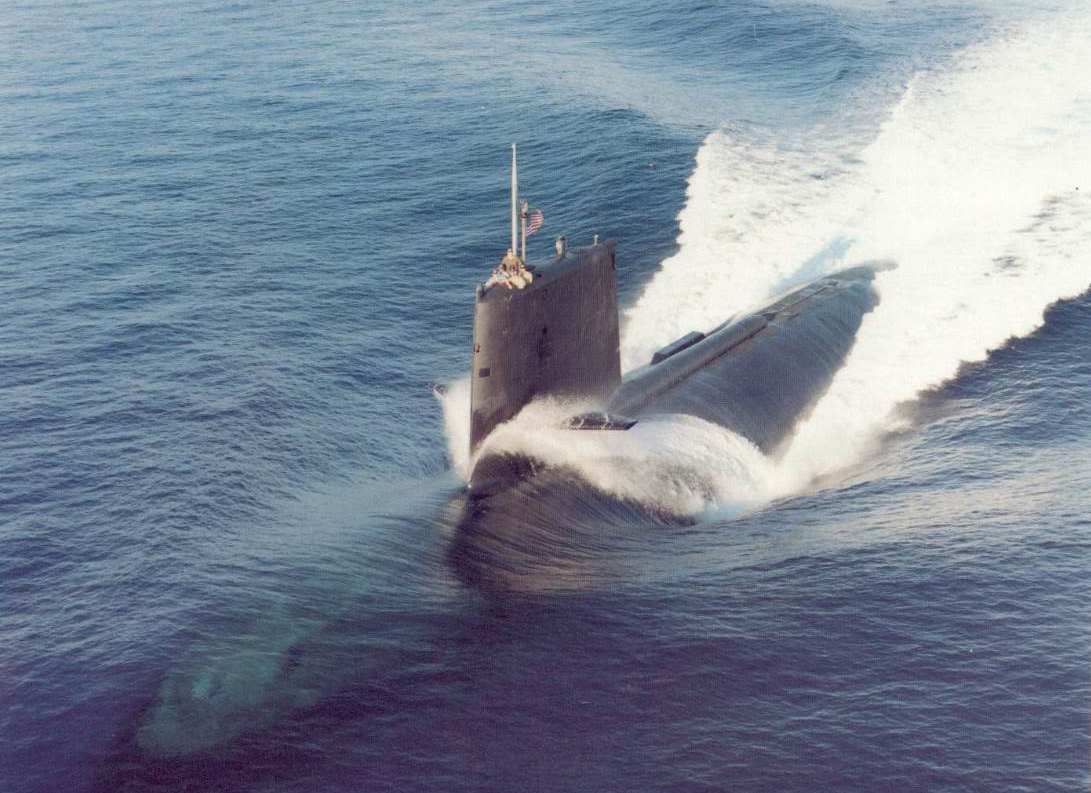 Sometimes, this was also referred to as “planning”. This could only be done on the surface. This maneuver made surface transits that much faster … until the boat could be dived in deeper waters. This also reduced ‘surface time’ minimizing our exposure to foreign detection by visual, radar and satellite.

The picture of the Shark (below) was taken ca. 1980. That’s the CO in khakis (CDR Anderson) and the lookout is a sonar tech, whose name I can not remember. Hard to see, but note the greenish ball cap on the lookout (green with gold lettering). Those ball caps were specifically authorized by the CO and the commander of Sub Squadron 2 at New London Sub Base (in Groton, CT) as they weren’t the ‘typical’ Navy ‘blue and gold’ colors used elsewhere in the fleet. BTW, we were not “on the step” for this pix. The captain wanted to give the photographer in the helicopter maximum waves for color contrast. 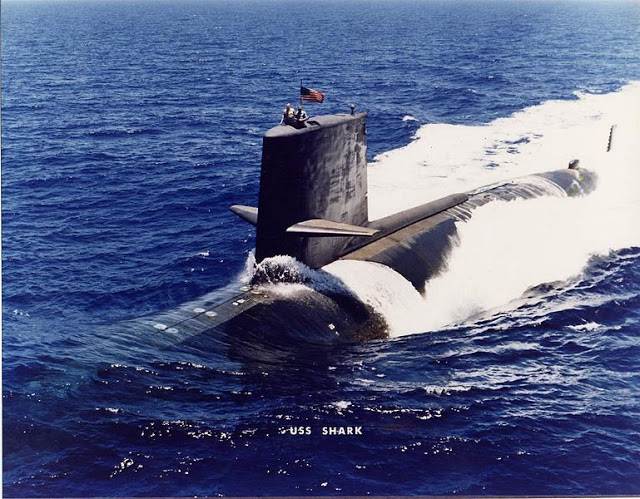 Well you certainly get a big box for your near £70.00 outlay but what’s inside? Let’s take a look…

Blimey! Where is it? OK, a slight over-reaction but what you immediately see are some large sections for each side of the hull that is broken down into vertical sub-assemblies. Aside from that, some parts for the conning tower and periscopes and of course that huge propeller and not a huge amount more.

The photos that are attached here will give you a clear idea of what exactly is included and you can make your mind up.

A plastic stand is provided. Decals are included too and these look to be decent quality. 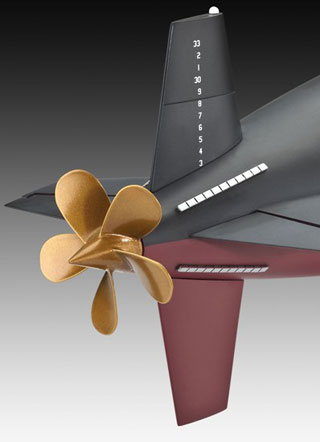 To be frank, there isn’t a lot to say – this is a very basic model that anyone with any scale model experience can put together. As ever, it will all be in the painting and if you take your time on that and maybe go the weathered-hull route like Julian did with his excellent HMS Warspite build you could end up with a very impressive model. On the other hand you may consider the investment somewhat over the top for what you actually get! Your call.