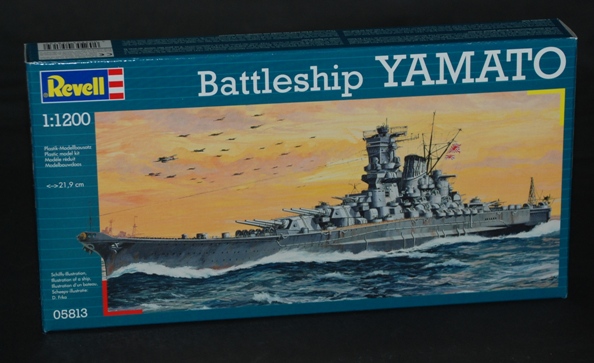 Recently Les V told me about the History Channel HD, where he saw a few months back a documentary on the battle of Layette Gulf.

It was there he had the sight of the enormous Yamato and a number of cruisers and destroyers, going to battle against a smaller force of incredibly courageous and tenacious US escort carriers, Fletcher class destroyers and some smaller escort destroyers.

The US ‘fleet’ won a remarkable battle but the shots of the beautiful Yamato were something else and indelibly imprinted on his mind.

Here are a few words on this magnificent vessel.

The Yamato was launched on 16 December 1941 just 9 days after the attack on Pearl Harbor. But it was during Operation Kikusui on 6th April 1945 that the Yamato was spotted by a USN F6F Hellcat.

The first air attack by what eventually amounted to more than 300 aircraft carrying bombs and torpedoes sunk the Yamato on 7 April. All of its crew of 2498 went down with their ship, which despite its awesome power was never to prove itself in battle.

A sad end in almost every way for what was a magnificent piece of human engineering.

This is another in Revell’s waterline series and the package contains main hull, main deck and upper superstructure, plus of course the various gun batteries.

Some of the details like the aircraft (X2), catapults and cranes are necessarily simple and straightforward, with slightly soft moulding but it works fine in 1:1200 scale.

With a little work you can refine parts even more to make some items, such as the aircraft, flash free and presentable.

This comprises a fold-out sheet with exploded diagrams showing where the small number of parts go – clear enough. The model is hardly complex so a build will present few, if any problems to modellers at any level.

A worthwhile purchase, taking into account the price and size of model.