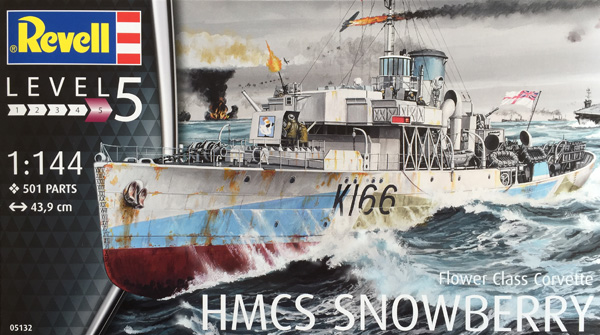 A bit about HMCS Snowberry and Flower Class Corvettes

HMCS Snowberry was a Flower-class corvette that was originally built for the Royal Navy, but spent most of the war in service with the Royal Canadian Navy. She fought primarily as a convoy escort during the Second World War. She served primarily in the Battle of the Atlan-tic.

Flower-class corvettes like Snowberry serving with the Royal Canadian Navy during the Se-cond World War were different from earlier and more traditional sail-driven corvettes. The “corvette” designation was created by the French for classes of small warships; the Royal Navy borrowed the term for a period but discontinued its use in 1877. During the hurried preparations for war in the late 1930s, Winston Churchill reactivated the corvette class, needing a name for smaller ships used in an escort capacity, in this case based on a whaling ship design. The generic name “flower” was used to designate the class of these ships, which – in the Royal Navy – were named after flowering plants.

It’s nice to finally see this new-tool kit first mooted many months ago. The choice of 1:144 scale means you will have a decent sized model on your hands to display, made all the more interesting if you can find some crew figures to demonstrate the scale (not included).

The Revell box artwork is usually impressive enough and that’s the case here – an image of HMCS Snowberry trying valiantly to defend an attack on a task force or convoy. You get a nice feel for the type from the box photo. 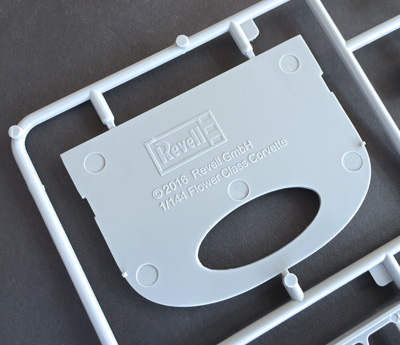 The grey sprues are packaged well and no damage is apparent. Taking the main components first, the hull halves are well tooled although the plating does seem very heavy to me alt-hough you may know differently how the original should look. No distortion on the main grey parts is apparent and a dry fit of the main hull promises a decent fit.

The more you look at the total package though, the more detail you see and some this looks very good. My initial impression is one of detail parts that will go to make up a nice repre-sentative model of HMSC Snowberry in 1:144 scale.

The small sections of wooden decking on the real ship are pretty well represented through moulded planking although these areas don’t show individual planks butted up to one an-other – I’m not sure if this is a simplification or a bit of a basic error in this scale. These areas though should come up nicely with careful weathering.

The kit deck gun has a split barrel which is common, although you may want to seek out turned metal replacements – there are bound to be options available in the near future from the likes of Master Model or Pontos?

• Some nice details are included like the stowed hose reels, life rafts and other small details
• Ships boats (X2) look ok although you may want to add more detail to these
• ladders look clunky and moulded thickly to me, not very refined and I would be looking to replace these with photo etch (PE) items
• the circular main deck gun base is nicely moulded with sharp raised details
• anchor chains are moulded in solid plastic that could look ok after careful painting but, yes, you guessed it, better replaced in this scale. 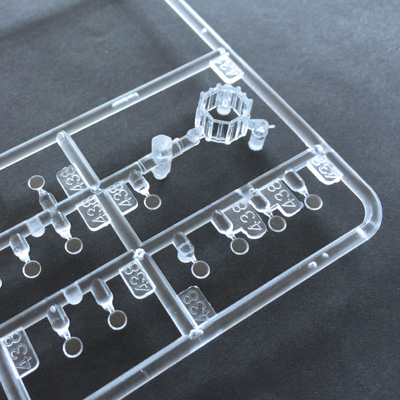 The clear windows parts are clear and defect-free.

The Revell instructions look rather different this time – colour and better layout. Location of parts is clear but colour paint coding is for Revell paints only. You’ll have to match your own choice of paints if you go elsewhere for your choice of colour. The build sequence is pretty standard and logical but many modellers will part company with the stated order to suit their experience.

I’ve deliberately included photos of the whole instruction book to give you a fuller idea of what’s on offer and how it all goes together. 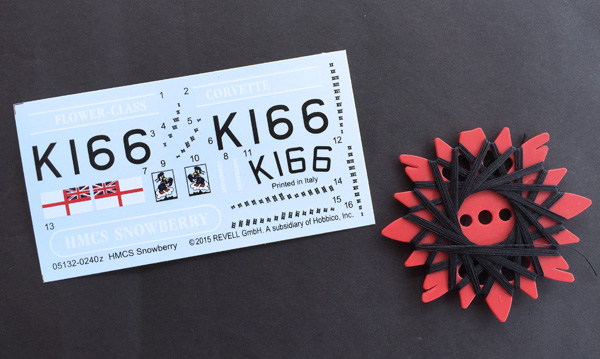 I have to be honest and say right up front that I’m no maritime modeller, although I do have many years experience of looking at and building hundreds of scale models and I know a good scale model when I see one. This new model from Revell looks ok, but that’s the feeling I have really, ok, underwhelmed even, especially when you see the incredibly high standards that are on offer these days by much smaller manufacturers. The price means that you get a decent enough model for your money although more experienced maritime modellers are likely to need to spend considerably more getting what they need to create a model that they’ll be happy with.

We will certainly be carrying out a full build of this kit as soon as we can get it into the SMN schedule and more as ever will be revealed at that time.
Geoff C.