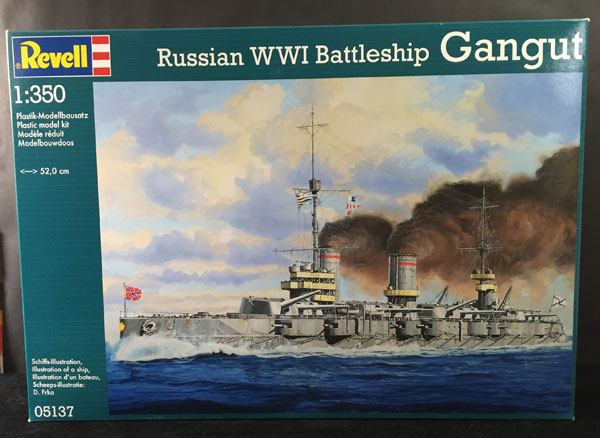 Thanks to Revell for supplying our review sample. Revell model kits are available from all good toy and model stores. For details visit www.revell.de/en

A little bit of background to the Gangut

Gangut (Russian: Гангут) was both the lead ship of the Gangut-class dreadnoughts of the Imperial Russian Navy built before World War I and the last of her class to be completed. She was named after the Russian victory over the Swedish Navy in the Battle of Gangut in 1714. She was completed during the winter of 1914–15, but was not ready for combat until mid-1915. Her role was to defend the mouth of the Gulf of Finland against the Germans, who never tried to enter, so she spent her time training and providing cover for minelaying operations. Her crew joined the general mutiny of the Baltic Fleet after the February Revolution and joined the Bolsheviks in 1918. She was laid up in 1918 for lack of manpower and not recommissioned until 1925, by which time she had been renamed Oktyabrskaya Revolutsiya (Russian: Октябрьская революция: October Revolution).

She was reconstructed between 1931 and 1934 with new boilers, fire-control systems and greatly enlarged superstructures. During the Winter War she bombarded Finnish coastal artillery positions one time. Her anti-aircraft armament was greatly reinforced in early 1941, just before Operation Barbarossa. She provided gunfire support against the Germans during the Siege of Leningrad despite being bombed three times and under repair for a year. Retained on active duty after the war she became a training ship in 1954 before being struck off the Navy List in 1956 and slowly scrapped. 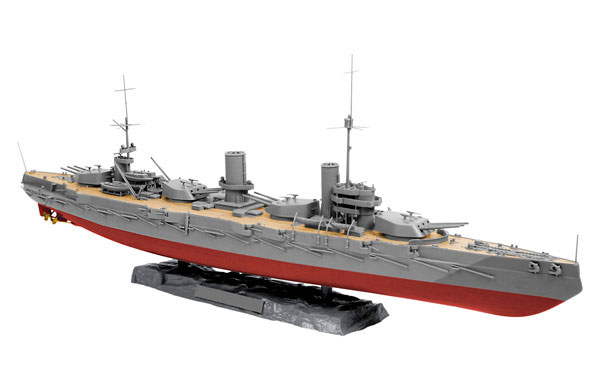 I’m not too clear on the age and origins of this kit, no date or other identifying marks can be found on the sprues.

Moulding quality is pretty good with fine levels of detail across the board. The attached images should speak for themselves and you can decide what you think, especially as maritime modelling is probably your area.

What’s particularly interesting is the timing, with the commemorations and kit releases to mark the centenary of the conflict.

Sprues moulded in light grey plastic form the basis of the model, decals, small clear sprue and a set of instructions make up the package. 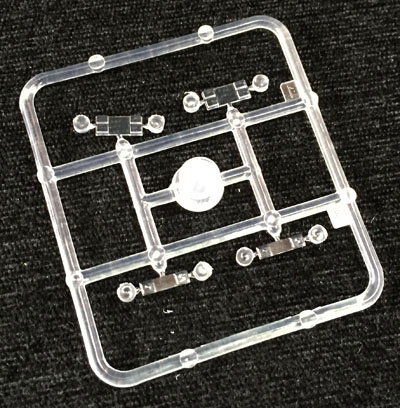 A small fret is included with some tiny windows – they are clear and blemish-free. 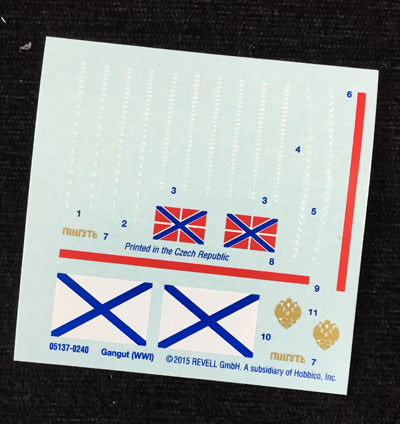 These are printed well and up to the current high quality Revell standard.

These follow the usual Revell format with Revel colour references, parts and sprue layout diagrams followed by a 79-Stage build and finishing sequence (no less!). The sequence looks to be logical to me but of course you will want to leave off any small, delicate parts until near the end of the build to avoid damage.