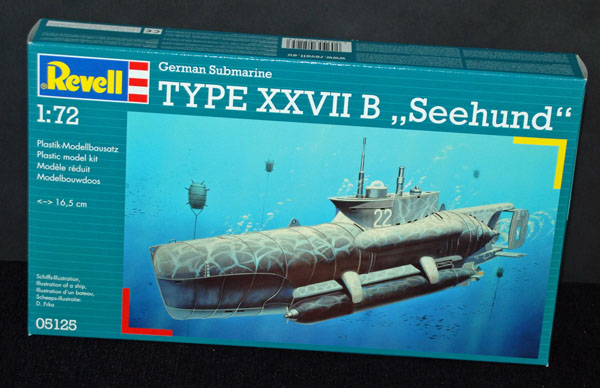 You may well have seen other reviews we have completed in your SMN of 1:72 kits of German U-Boat and submarines. Many are versions of the VIIC and now we have a later example of the Type XXVIIB “Seehund”. If you check out the Revell link in the right panel in this Maritime Here Now area you’ll find the other reviews we have done.

The Seehund (German: “seal”), also known as Type XXVII, was a successful series of German midget submarines created during World War II. Designed in 1944, and operated by two man crews, the submarines were used by the Kriegsmarine during the closing months of the war, sinking nine merchant vessels and damaging an additional three, with 35 losses mostly attributed to bad weather.

As the orders were being placed, Hecht variants were under construction. The first was the Type XXVIIB, which had a greater range, could carry two G7e torpedoes, and had diesel/electric propulsion. The design was completed at the end of June 1944 and resembled Hecht but had a better boat-shaped external casing for improved sea keeping while surfaced, and saddle tanks. Additional room had been made inside the pressure hull by moving the batteries to the keel, while the two torpedoes were slung externally in recesses in the lower hull. A 22 hp diesel engine was fitted for surface use and was estimated to give a surfaced speed of 5.5 kn (10.2 km/h; 6.3 mph), with a 25 hp electric motor providing a submerged speed of 6.9 kn (12.8 km/h; 7.9 mph).

The final variant of the Type XXVII was the Type XXVIIB5, better known as the Seehund (“Seal”) or Type 127. Seehund had a small raised platform midships with the air intake mast, magnetic compass, periscope, and a clear dome which could survive depths of 45 m (148 ft). The submarine’s fixed 3 m (9.8 ft) periscope incorporated lenses which let the commander check the sky above for aircraft before surfacing. 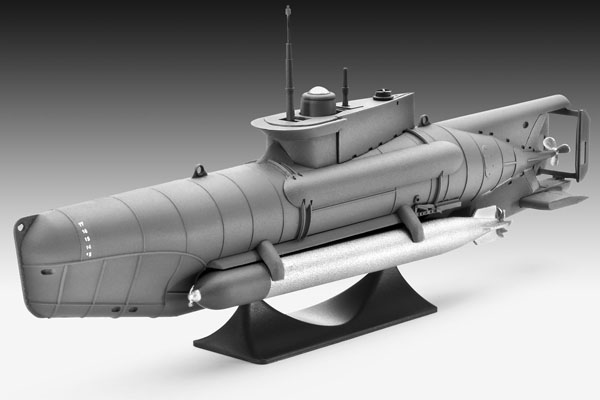 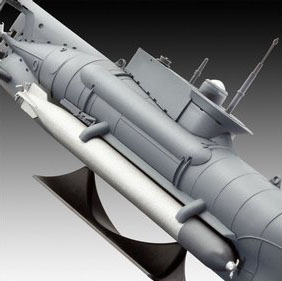 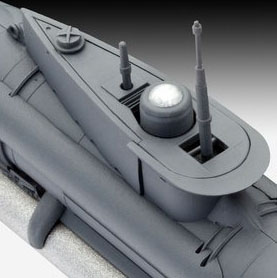