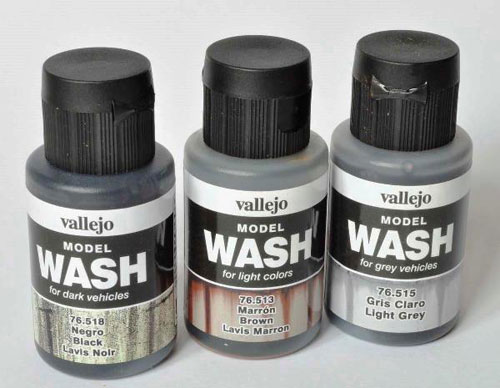 This is a new line of weathering products from Vallejo and comes in several colours in 35ml plastic flip top containers with a similar opening/delivery system as the standard container with a small pin hole.

The paint is thin and to my eye a good mix for a wash. I used an old model to try them as a pin wash along panel lines, around raised detail and as a wash over the Zimmerite on the rear side of the Tiger. 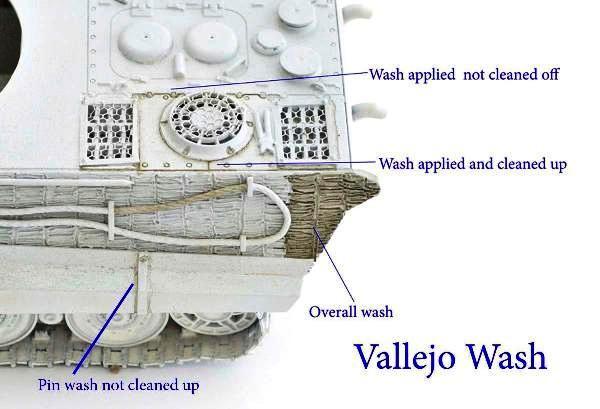 I found the wash did not flow as easily as the enamel wash but using a small round brush I found I could paint it into the recesses and around raised detail which was then left to dry for about 3 to 5 minutes. A brush dipped into water was unloaded on a paper towel and then used to clean up the over spill as per the picture with the excess colour on the brush being cleaned on a paper towel before going back to remove more overspill. I found the wash cleaned up very well but needed a few times to clean it up.

I tried using them as streaks but the grey I used for this refused to feather with water or white spirit and all I managed was to de-saturate the colour.

I tried using the wash on the Zimmerite on the side of the Tiger and this worked well flowing into the grooves and dried giving the desired shadow effect. 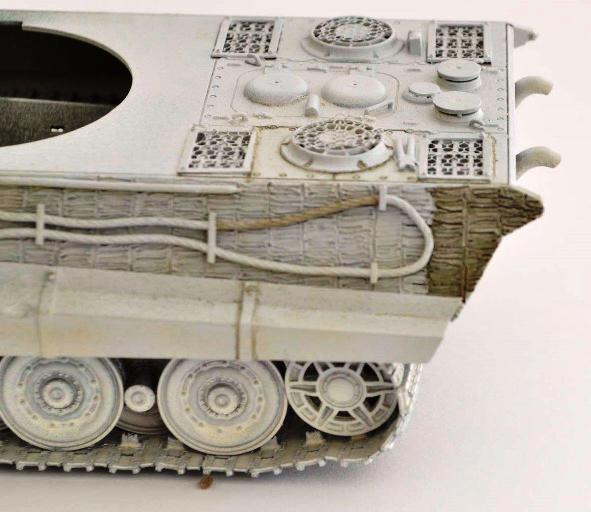 I have been a fan of the Vallejo paints for a long while but the washes do not work as well as the enamel items as the flow rate is not so good, in fact in some cases it just pools. The brown cleaned up well but the grey was another matter.
Now it could be the way I used them but having bought three of these washes I feel they will sit in my store unused; I would be interested in what others think about them and how they have used them.