What first attracted you to Scale Modelling?
Oooh, that’s a long time ago now! I think that it was when I was given an Airfix pack of twelve, (yes twelve!) 1:72 aircraft kits, when I was about 10. I think that many people would admit to having their imagination stirred by ‘building’ a Spitfire, and Messerschmitt 109 at that age.

How long have you been scale modelling for?
Going by the last answer, about 45 years, on and off…..phew!

Specialist area of Modelling?
Whatever fires my imagination at the time. I had a spell of ‘doing a number’ on any 1:48th scale Century Series jets by Monogram, before ‘aftermarket’ items were available. Now, I could build a 1:25 Tamiya Tiger I, then ‘hang a left’, and build a Moebius 1:6 Frankenstein figure, swiftly followed by a Moebius ‘Seaview’, while in the background be hankering after building the 1:32 Tamiya Spit’ Mk.IX. Think I must be a bit ‘poorly’ really!

Preferred Scale?
Recently, 1:32, 1:16, 1:25……What is your favourite real subject of all time (aircraft, armour or maritime)? Easy-peasy this one. The magnificent F-105 Thunderchief. Anyone who has read about the exploits of the pilots of this beast having to refuel from a KC-135, flamed-out in a dive, in Vietnam, could not fail to be dragged into the ‘lore’ of the ‘Thud’

The best thing you’ve ever built?
It has to be the 1:25 Tamiya Tiger, it took about 9 months, and had masses of work done on it, as there were no aftermarket items available. It was the first kit that I built after joining my club, and I wanted to do a good job of a kit that I had not been able to build first time around, so when it was re-released, I saved up and got it. Part way through, we had a club table at Cosford model show, and I showed my Tiger ‘part-built’, showing all the work that I had done up to then to detail it. Then a chap, who I didn’t know, (Les Venus) asked if I could write a few words and do a few pics of the build for a new online mag, SMN no less, the rest is history.

And finally: Most memorable Modelling disaster?
None, honestly……..been close tho’.

How long have you been a reviewer for?
Pretty much since the start.

What made you get involved with SMN?
I was asked nicely… 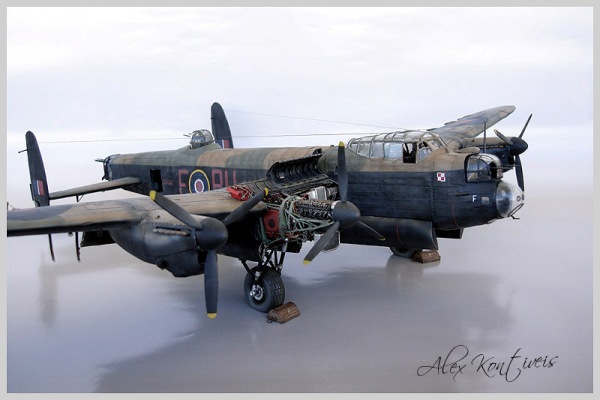 Sum yourself up in no more than five words.
Picky, persistent, creative, enthusiastic, passionate, (in a plastic way)

And finally…tell us a (clean) joke…
Two mates were discussing their hobby of racing snails,1st chap: “How’s things with your snail then,”2nd chap “Well, I thought I would try to speed mine up by taking off his shell”1st chap; “did it work?”2nd chap “No, if anything it made him a bit sluggish!”…………