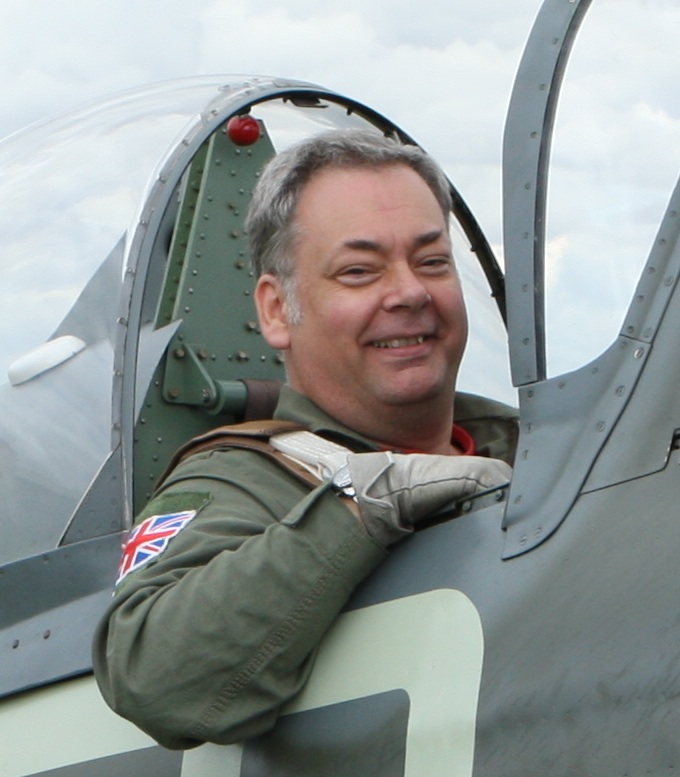 What first attracted you to Scale Modelling?
I was about eight in 1975 when my Dad came home from work with an Airfix P-40 Kittyhawk in a blister pack, and I remember sitting with him that evening at the formica table we had, him cutting the bits off with a razor blade, and showing me where to glue them, and me doing it. I still have it, though it’s been in the wars and there’s a bit less of it than there used to be:

How long have you been scale modelling for?
I started aged 8, and continued until I went to college, and then gave away the small kit stash I then had. When I moved into a new house 15 years ago and found myself with a bit of spare time, I converted one of the bedrooms into a hobby room, dug out my old modelling tools and started up again, spurred on by some of the new techniques I’d read on the internet. I spent about a tenner on a kit, and about ten times that on all the paints, glues, solutions, compressor and airbrush needed to build it!

Specialist area of Modelling?
I suppose that I’m quite well known for “Deanflyer Specials”, oddball bits of modelling that no one else has thought of doing before. The now famous Exploded Diagram Lightning now residing in the Airfix Museum in Margate is the sort of thing I mean: 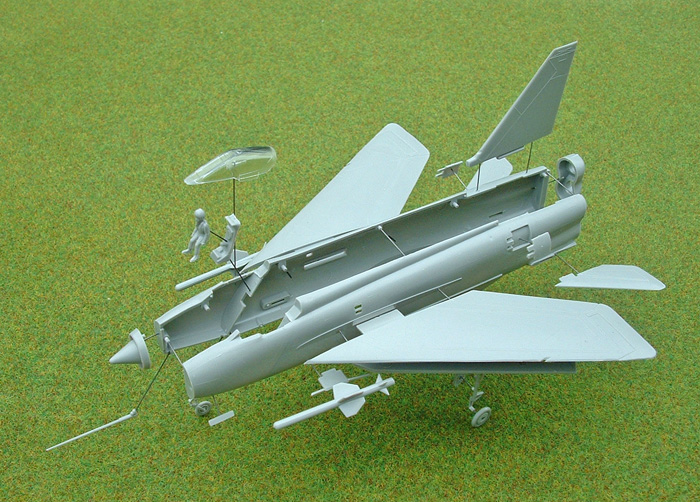 Preferred Scale?
Probably 1:48 or 1:32. I like the ability to scratchbuild detailed parts, and it’s just about doable in those scales.

What is your favourite real subject of all time (aircraft, armour or maritime)?
I’d have to say the Spitfire. Looks beautiful, sounds gorgeous and handles like a dream…I’m fortunate enough to be able to say this from first hand experience.

The best thing you’ve ever built?
I’d have to say it’s my recent conversion of the Revell 1:32 Spitfire kit into a two seat trainer version, with a completely scratchbuilt rear cockpit and canopy. Had to invent quite a few new techniques to pull that one off successfully.

And finally: Most memorable Modelling disaster?
I’ve never really had a model go badly wrong, but when I built the BR.20 for SMN, I took it to the Sutton Coldfield Model Show, and was asked questions about it by a passerby. I gave him full and complete information on the kit’s faults, and went as far as to point out the fact that it was the only plane I’d ever built where the wings and tail were on straight but the fuselage was on crooked. He bent down, squinted along its length, and said “Oh yes…sorry mate, that means you don’t win Best in Show!” Turns out he was a judge and thought that my exotic paint job deserved to win, right up until I opened my big mouth…

How long have you been a reviewer for?
Since 2010. Technically. I haven’t contributed anything for the last eight years though!

What made you get involved with SMN?
Geoff liked a Lightning I’d built, and asked me if I’d like to build for his web magazine. He’s such a nice chap I couldn’t say no.

What’s your favourite thing(s) about SMN?
I’ve just retired, so I’ll answer that question when I’ve had a bit more time to wallow in the content…

Favourite SMN review?
As above…

Sum yourself up in no more than five words.
I don’t do as I’m told!

Biggest hobby/hobbies outside of Scale Modelling?
Flying. I got my pilot’s licence 25 years ago and can often be found attached to the pole and pedals of my EV-97. I also enjoy driving my sports car collection and I’m a decent shot with my pistols.

Three famous people who you admire
I’m not really into celebrity worship, but if pressed I’d have to say Eric ‘Winkle’ Brown, Terry Pratchett and Donald Campbell. All dead, so my fantasy dinner party would be a bit quiet. And smelly.

And finally…tell us a (clean) joke…
Q. What’s the difference between roast beef and pea soup?
A. You can roast beef…