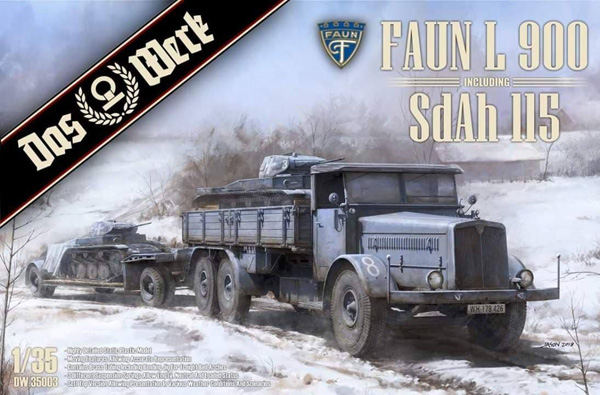 The German Das Werk company is new to me. According to their website they have previously released some Trumpeter kits packaged with accessory parts and some resin conversion sets. I believe that this is their first injection moulded model kit. This package provides two kits in one with the Faun L900 truck and accompanying Ds. Ah. 115 trailer.

The kit provides the soft top version of the truck. 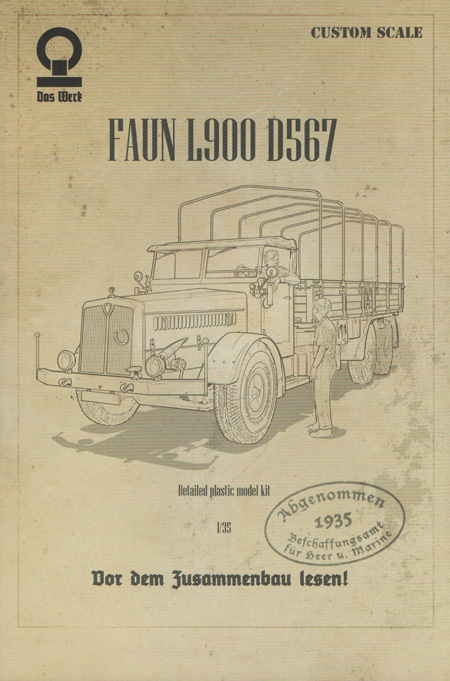 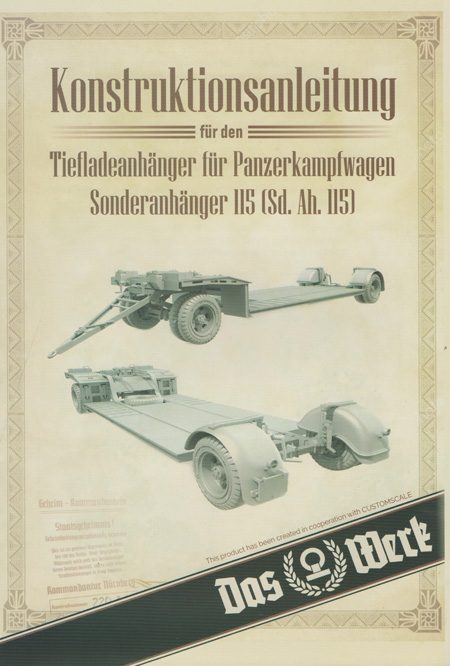 The plastic parts are moulded in medium grey plastic with around 238 for the truck and another 147 for the trailer. I suppose that this is quite a small part count for what is going to be a very large model especially when compared with kits by companies such as DML where the part count can exceed 1000!

The plastic parts are well moulded with finely rendered detail. The texture on the wooden truck-bed and sides is particularly well done. There are some ejector pin marks to deal with, and some of these will be visible on the finished model if they are not filled and sanded away. However, to be fair they are mainly on less visible areas of the model (such as beneath the truck bed and under the mudguards). The wooden texture on the top of upper surface of the truck-bed is not repeated on the underside, but again this is not going to be an issue unless you are particularly keen on looking at the underside of the model. 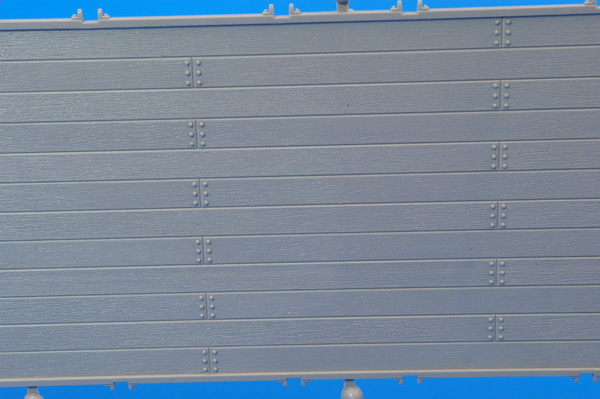 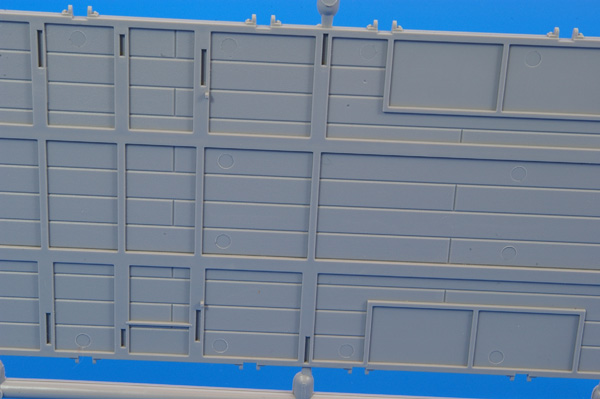 There is a small clear sprue holding the windscreens and headlight lenses.

There are also some lengths of brass rod supplied for the hoops supporting the canvas cover over the rear of the truck. A plastic jig is supplied to help the modeller bend these to shape. 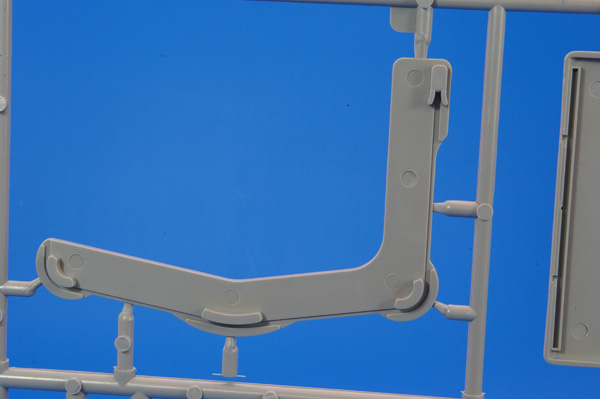 A 0.8mm drill will be required to fit these to the model. There are parts for the canvas cover over the driver’s cab, but there is no cover for the rear of the truck. I suppose that one could be made from tissue soaked in white glue if required.

The tyres for both the truck and trailer are in black vinyl. This is not really my favourite material as I have often had problems getting paint to stick to it – even after the use of primer. The treads on the tyres look very fine, though cleaning up the central joint seam will need to be done very carefully if this detail is to be preserved. For anyone with a particular aversion to vinyl, I believe that Customscale has now released several sets of resin tyres designed for both the truck and trailer. 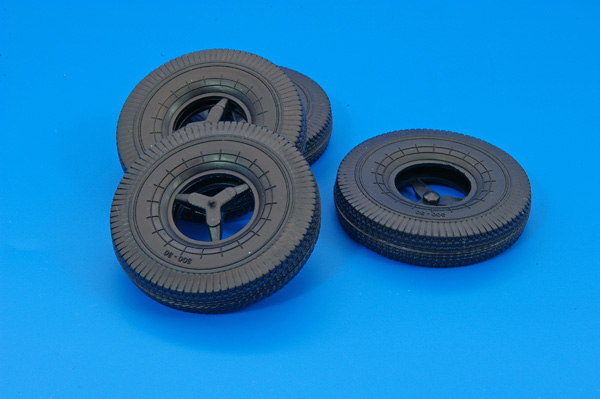 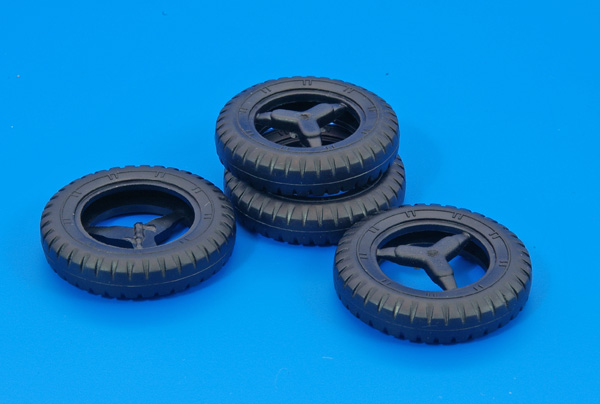 There are no photo-etched parts in the kit.