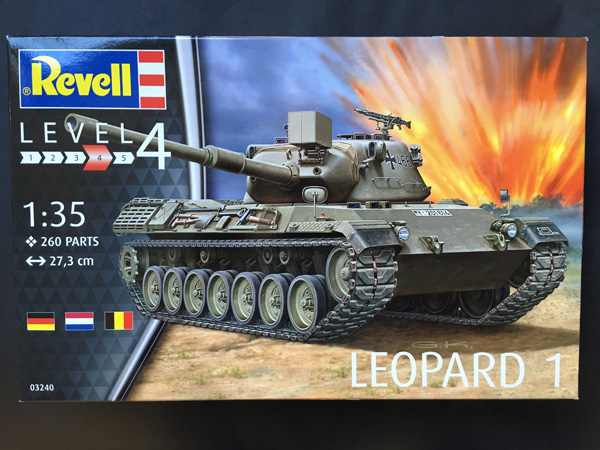 The Leopard project started in November 1956 in order to develop a modern tank, the Standard-Panzer, to replace the Bundeswehr’s American-built M47 and M48 Patton tanks, which, though just delivered to West Germany’s recently reconstituted army, were rapidly becoming outdated. On 25 July 1957, the detailed specifications were released; the new de-sign needed to weigh no more than 30 metric tons, have a power-to-weight ratio of 30 horsepower per ton, be able to withstand hits by 20 mm rapid-fire guns on every side as well as to operate in a battlefield contaminated with chemical weapons or radioactive fall-out, the then-standard baseline for combat with the Warsaw Pact. In addition, the main ar-mament had to consist of a 105 mm caliber weapon (the new British L7A3 105 mm gun was selected), carrying at least as many rounds as current US tank designs. Mobility had priority, while firepower came second; armour was seen as less essential, as it was believed that no real protection against hollow charge weapons was possible anyway.

France was very interested in the design as its own AMX 50 project had just failed. In June 1957, West Germany and the French Fourth Republic signed an agreement to develop a common tank, designated in German Europa-Panzer. Three German (Arbeitsgruppe A, B and C) and one French design team would be included in a competition, with each team produc-ing two prototypes. In September 1958, Italy joined the development program. Several pro-totypes were entered for testing in 1960. Among the prototypes were Porsche’s Model 734 from team A, sporting a cast turret, and that of team B (Rheinmetall), whose cast turret was somewhat higher. Team C from Borgward, designing a very futuristic tank, failed to have a prototype ready in time.

Even before these first prototypes were finished, it had (in 1959) been decided that a se-cond phase with improved designs would be started: Team A had to build 26 phase II Proto-types for testing, team B six. Only two tanks of the required six would actually be construct-ed by team B.

The Porsche Prototype II was eventually selected as the winner of the contest in 1963; this did not come as a surprise: it had already been decided in 1961 to build a pre-series of 50 vehicles based on this design; production of these was started that very year. This “0-series” was modified with a new cast turret and several hull changes to raise the rear deck to pro-vide more room in the engine compartment, and move some of the radiators to the upper sides of the hull. Before mass production of the standard version started, it was also decided to add an optical range-finding system for better long-range gunnery, which required the turret to be somewhat taller, and added “bumps” on either side of the turret to mount the optics for triangulation. In 1963, France and Germany had both decided to build their own tank; Germany continued with the Leopard, while France built the similar AMX-30.

This is a new-tool kit from Revell featuring the Leopard I MBT in an earlier guise to those already offered by the manufacturer.

The Revell box artwork is usually impressive enough and that’s the case here – a German Leopard I rolling across the range with explosions all around! 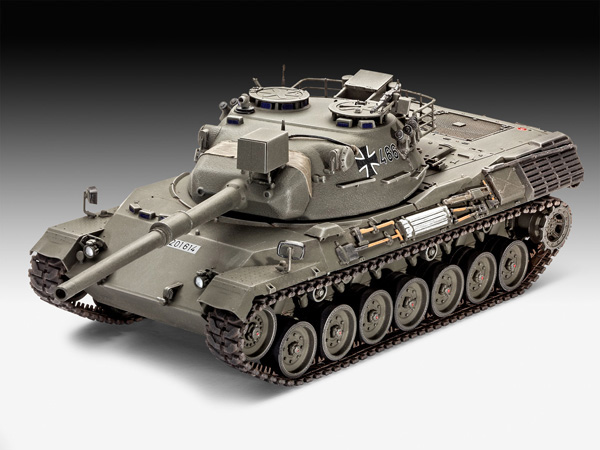 Well moulded light grey sprues supplied (thank goodness for that – the green is gone at last! Revell do seem to be listening to us all…) and taking the main components first, they are well tooled with fine raised and recessed detail and good levels of other detail across the board. No distortion on the main parts is apparent.

The initial impression is one of detail parts – love the casting on the turret, that will go to make up a nice representative model in 1:35 scale. No real evidence of excess flash on the parts supplied in this kit.

The Revell instructions look rather different this time – colour! have you got used to it yet? Location of parts is clear but colour paint coding is for Revell paints only. You’ll have to match your own choice of paints if you go elsewhere for your choice of colour. The build se-quence is pretty standard and logical but many modellers will part company with the stated order to suit their experience. 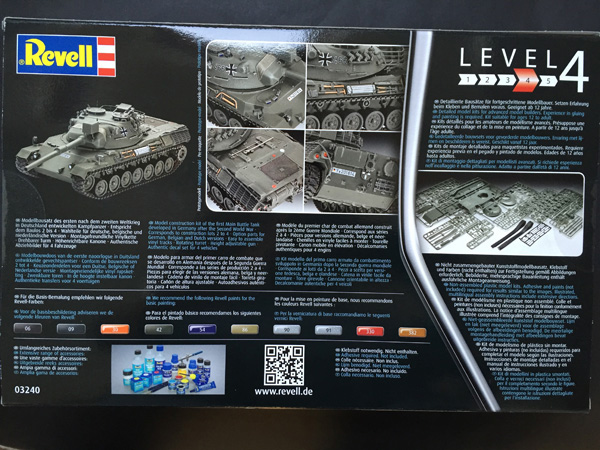 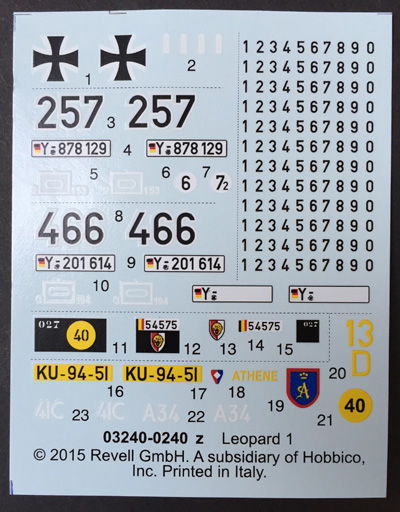 This is a great subject and it’s good to have a current quality early Leopard I MBT readily available in 1:35 scale. This model will provide all military fans, especially those with an in-terest in German and modern European subjects with a great new addition to their collec-tion.

The model itself is well engineered and its great to see Revell producing their armour kits in grey and not that horrid green plastic that many modellers find hard to work with.
Geoff C.