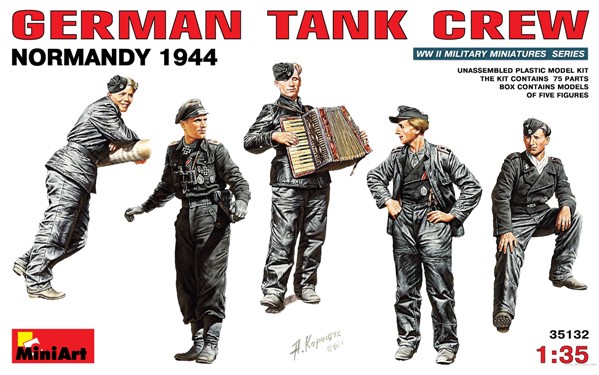 This is another excellent figure kit from MiniArt who keeps releasing interesting figure sets which are full of life. The kit consists of five figures from an SS Panzer Division wearing the Kriegsmarine U-boat leathers. Three of the figures are moulded with very young faces with the NCO and officer of older appearance. The figures are clothed in a mix of the U-boat leathers, either fully suited or a mix of standard Panzer uniform and leathers, while the tank commander is dressed in the Panzer uniform. One of the youngsters is moulded playing an accordion which is well moulded and may give a painting challenge with the decorative finish. 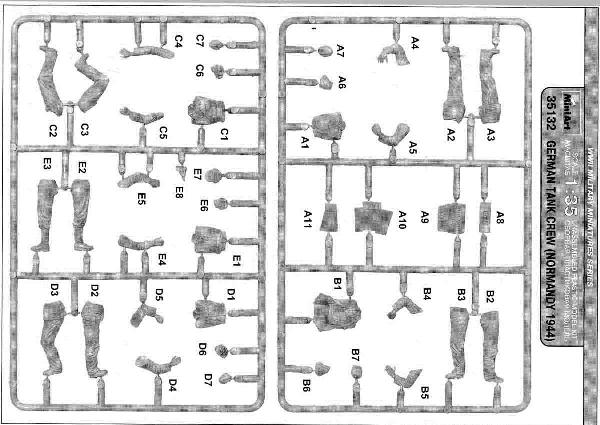 The figures look to be in scale appearance and for me look good anatomically with four crew members in a relaxed pose while the commander looks like he could fit in the turret.

The quality of the moulding is very good and on a par with the best manufactures in this scale. There are parting lines on the individual components which will need care removing so as not to damage the clothing detail with its various creases. The NCO and enlisted men are shown with long hair which I believe is correct for the 12th SS Pz Div. Again the heads and hands have parting lines which need care to remove but nothing that the average modeller will find hard to do. 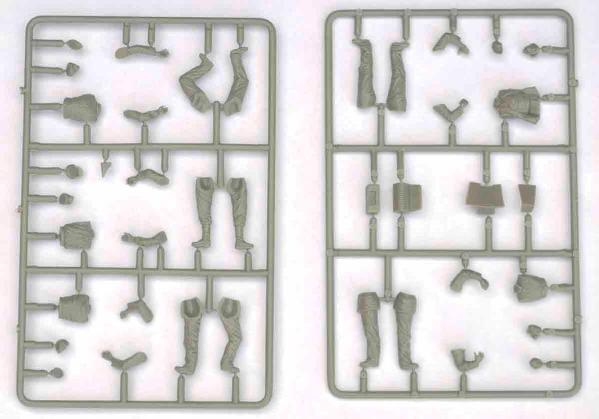 The one down side of this kit is that the front artwork and rear assembly/painting guide show the commander with a set of binoculars hanging from around his neck. Unfortunately these are not included in the box although the figure has the straps moulded in place. A call to the importer (Creative Models) was made and the response was that emails had been sent to MiniArt and the answer back was as follows: “Binoculars are pointed on Box Art and the kit do not consist the binoculars. Moulds are made without binoculars, unfortunately we can not change it and we are not able to add binoculars to the set”. This looks like an oversight but can be overcome from the spares box or by removing the straps from this figure. The response from the importer and manufacturer were very quick and I have been informed that a note has now been posted with the advertisement for this kit on Creative Models web site. 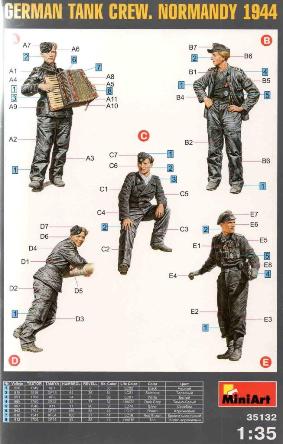 The instructions are printed on the rear of the box in full and doubles as a painting guide. The box has a colour guide for nine different paint suppliers. A small sheet is also included in the box with a layout of the two sprues.

There are no decals in this kit.

In truth when I saw this kit advertised a while back, I decided that I wanted it as it has been taken from a photograph, and for the love of me I now cannot find it. Overall the subject is very well executed with the clothing detail really well moulded. The one niggle is as mentioned but as said this can easily be overcome and I am looking foreword to building and painting this set.