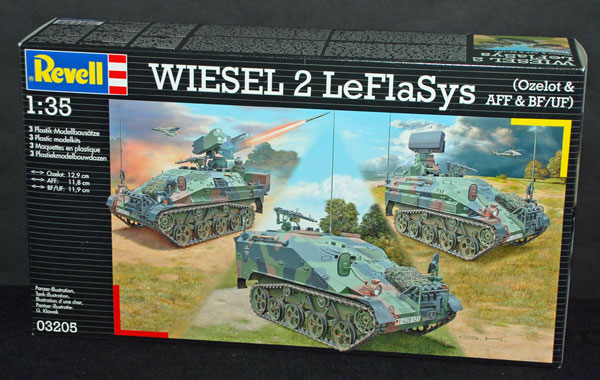 Some really useful reference info in this video…

The Wiesel Armoured Weapons Carrier is a German light air-transportable armoured fighting vehicle, more specifically a lightly armoured weapons carrier. It is quite similar to historical scouting tankettes in size, form and function.

The Wiesel has been used in several of the Bundeswehr’s missions abroad (UNOSOM II, IFOR, SFOR, KFOR, TFH, and ISAF)

The Wiesel 2 is a stretched version of the Wiesel 1, with a fifth road wheel. The engine was changed to a 1.9l Volkswagen in-line four-cylinder turbo diesel with direct injection and intercooler, giving 109 hp coupled to a ZF automatic transmission. Generally bigger, faster and stronger with advanced features for the protection of the crew such as enhanced armour, an air conditioning system, and NBC protection. 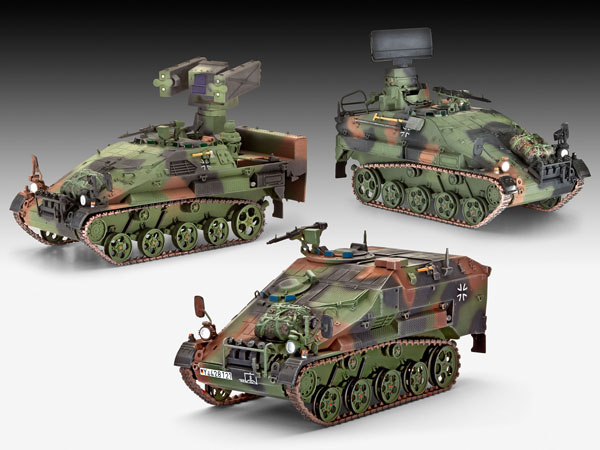 Moulding quality is to a high standard with fine levels of detail across the board. The attached images should speak for themselves and you can decide what you think, especially as armour is probably your area. So I offer a basic insight into this Revell package that’s widely available and this will be good news to all of you that are interested in armour modelling in this scale.