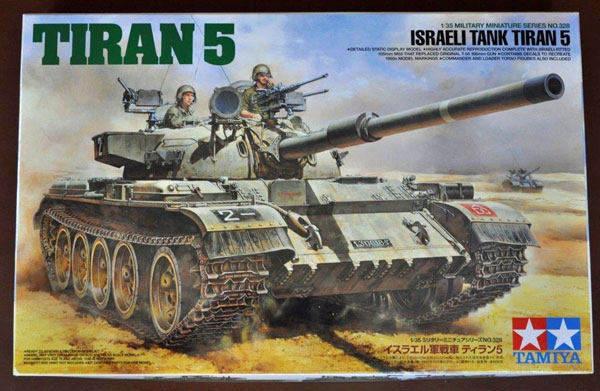 A note from Geoff and a little bit of background…

Here’s a good-looking tank if ever there was one – sure the T54/55 tank series had it shortcomings, but in model form, there’s no doubt that it looks the part. In this full build article Bill C will take you through the build in detail and then cover each step of the painting and weathering process – can’t wait for that!

Here’s a useful reference for this kit: www.globalsecurity.org/military/world/israel/tiran.htm
And a little bit of background from the above:
The meaning of Tiran [pronounced as Tiy-RAE-N] in Hebrew is beginner. Israel’s chronic lack of AFV’s on one hand and its phenomenal victory in the 1967 Six Days War on the other, brought the IDF to adopt captured enemy vehicles for its use. The Arab armies lost hundreds of fighting vehicles – mostly Egyptian T-54 and T-55 MBT’s which were abandoned by their crews.

Over to you Bill…

It’s been a good few years since I have built a modern Tamiya kit and I wondered if the experience of the build would be as enjoyable as I remembered?

The kit I have chosen is the Israeli Tiran 5 produced by Tamiya which is a mix of older parts from its T55 from 2002, considered a very good kit at the time and still regarded as the best today. Newer sprues have been added to make the Israeli conversion of the captured T55’s which mate with the older parts exactly making this a trouble-free build. 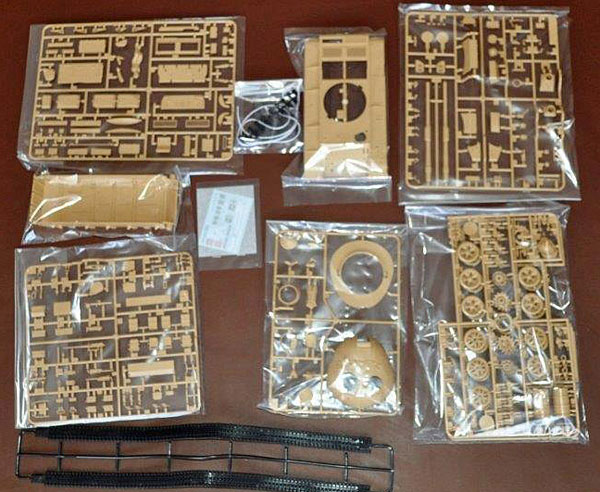 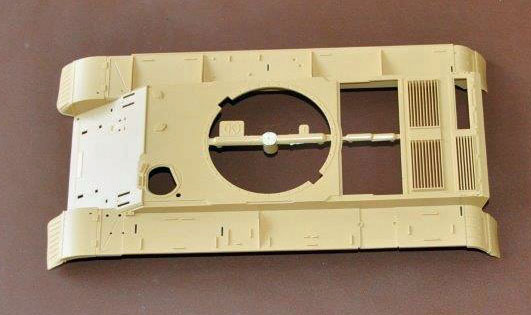 The parts are as usual well moulded with minimal parting lines which are easily cleaned up. The turret has well rendered casting marks and is covered with external stores such as bins, MGs and aerial mounts. The hull comes in two main parts with a well detailed tub for the underside and a similarly detailed top whose fit is very good indeed.

The tracks are of the rubber band type with good detail and can be glued with the standard plastic cement which makes for a quick build. 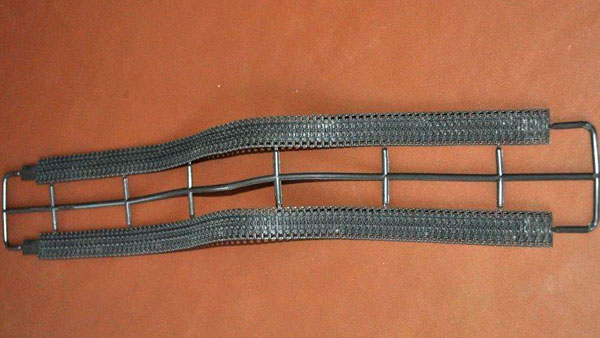 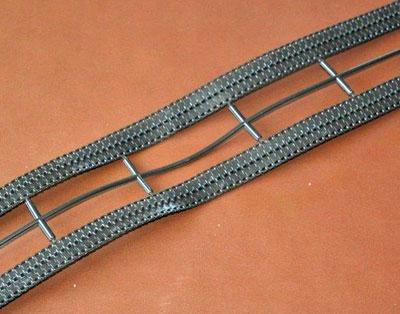 The wheels are held in place with poly caps with two different sizes depending on which wheels or sprockets are being fixed. Included in the kit is a length of thin nylon for the tow cables and also some mesh for the engine deck. 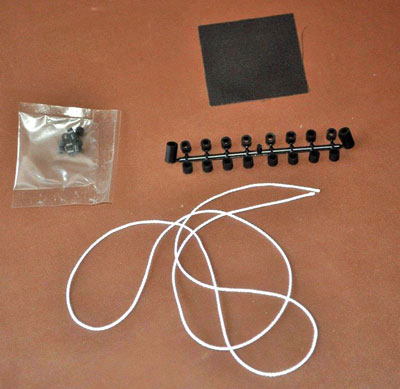 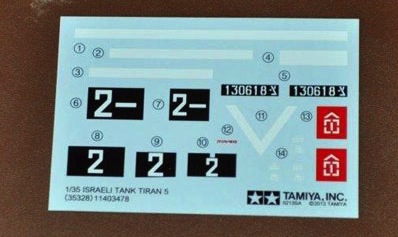 The decal sheet is a small item for one vehicle in the Negev desert in the mid 80’s. They are in good register and as usual look thick but I’m sure will be thinner than they appear and will go down easily with decal solution.

The last item in the box is the instruction book which is clear, well printed and follows a logical path to help with construction. Paint codes are for Tamiya paints and a good 5 view drawing for the decal placement which is clear to follow as the decals are all numbered to correspond to the coding on the drawing. 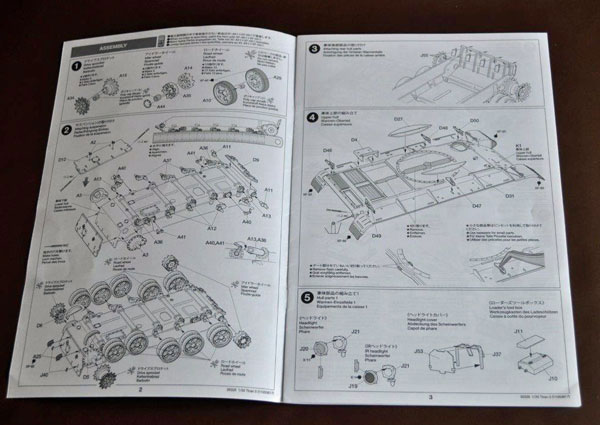 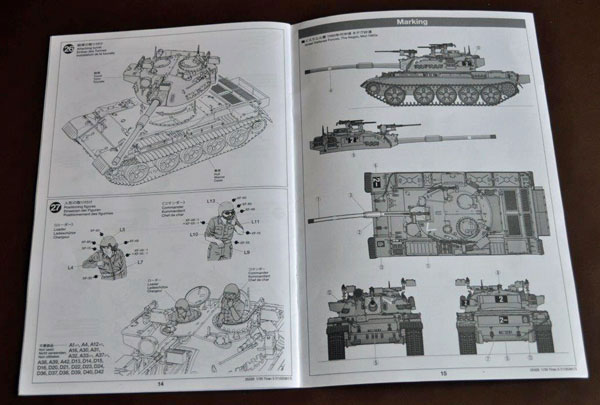 So to sum up for an in box review, the parts are well moulded and detailed with only a small amount of seam line to clean up. The axles can be placed to position the vehicle on uneven ground with tracks that are quick to assemble with good detail. The instructions are excellent, easy to follow with a very good diagram for decal application. So you may have gathered from this that I am impressed with this kit and feel that I have been missing out by not building more of the Tamiya kits.