Visit the Airfix website for latest news, information and products to buy. 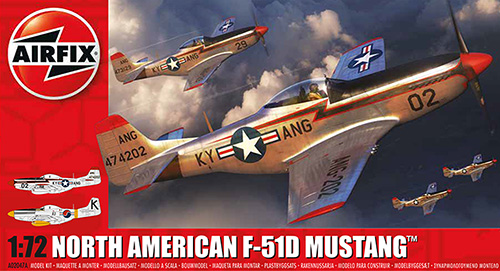 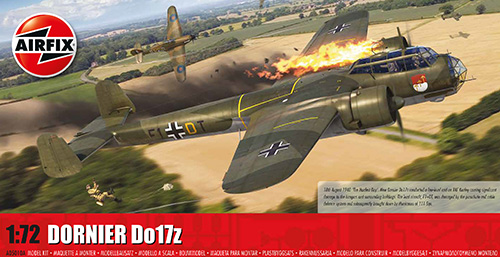 And finally, the 1:72 Dornier Do17z (A05010A). This is a re-release of the 2014 tooling and features new box artwork and new scheme options. Best tackled by an experienced modeller, at a skill level of 3 the kit comes with a detailed interior and various bombs.

This re-release, originally tooled in 2012 features new Adam Tooby box art and new decal schemes. This kit contains 49 pieces and offers two scheme options. A relatively simple model kit to build with a skill level of 1. Once completed the length of this model is 13.9cm and the width is 15.5cm.

The A scheme represents an aircraft of No.613 (City of Manchester) Squadron RAuxAF in 1949, this particular aircraft was bult at Castle Bromwich in 1945 before joining 613 Squadron in 1947.

Back to basics and try and use as much in the way of tools and products as we did back then, when we first built these kits

Here you will find all the completed build reviews and feature articles that we have for Airfix Aircraft Models.

Here you will find all the completed build reviews and feature articles that we have for Airfix Armour Models.

Here you will find all the completed build reviews and feature articles that we have for Maritime Models.