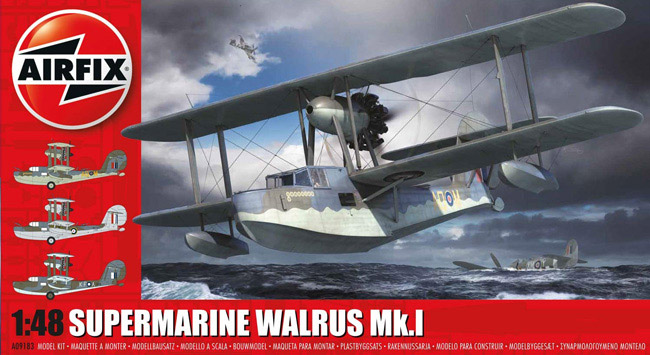 The Supermarine Walrus has been produced in kit form in 1:72, 1:48 and 1:32 scales. However, until now the only options for those wanting to model the aircraft in 1:48 scale were the old Smer kit (which I understand was closer to 1:50 scale) and the Classic Airframes kit which was a challenge to assemble and was aimed at more experienced modellers only. Airfix has recently released a new state of the art 1:48 kit which I think, it’s fair to say, has eclipsed all the previous kits in this scale.

The kit is made up of 147 parts in light grey plastic spread over five sprues. In addition there are nine clear parts. The clear sprue has parts for open and closed canopies. I think that maybe some windscreen wipers could be added, perhaps from scrap brass parts, as these were very obvious features of the Walrus canopy. Care will need to be taken with the masking of the canopy due to the rounded corners of the windows.

The detail on the plastic parts is exceptional. Love them or hate them, the pattern makers at Airfix have chosen to replicate the thousands of rivets that covered the airframe. 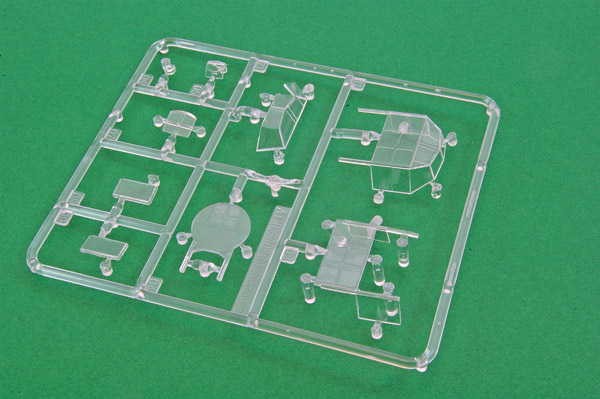 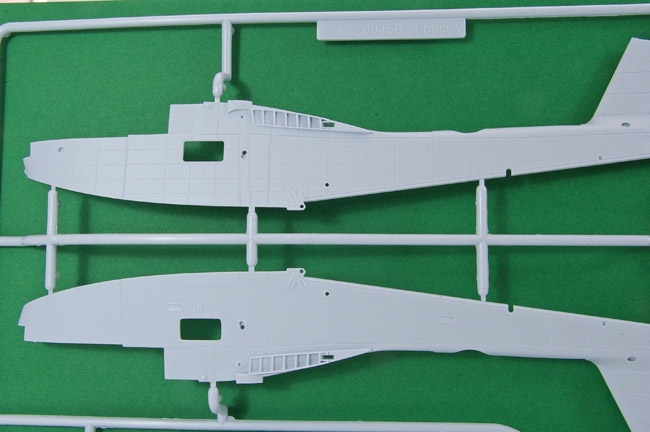 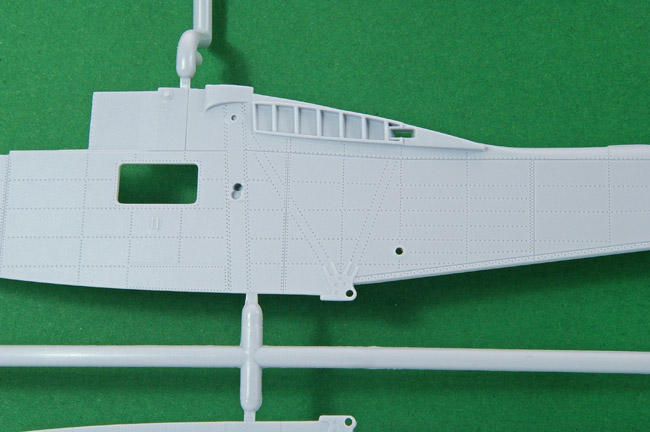 The detail on the inside of the fuselage is impressive with the framework being fully represented. However, there are dozens of very noticeable ejector pin marks on the inside of the fuselage. These may need attention as I think at least some of them will be visible on the finished model especially if, like me, you intend to use washes and / or dry-brushing to highlight the internal detail. I think that perhaps a Swann Morton No.15 blade (the one with the small curved tip) might be small enough to get in between the fuselage frames and runners to scrape these pin marks away. Once this has been done it may also be necessary to replace some of the framework with thin plastic strip.

Walkaround photos of the aircraft show that there were a number of control cables running along the inside of the fuselage walls and that some of these would be visible through any hatches left open. These could be easily replicated with stretched sprue, rigging thread or wire.

The wings and control surfaces of the Walrus were partly covered by fabric. I think that the fabric effect has been very well done here. The rest of the detail on the flying surfaces is made up of finely recessed lines or raised detail as appropriate. The control surfaces may be offset if required. The instructions show the maximum angles through which the ailerons and rudder could move should you choose to do this. 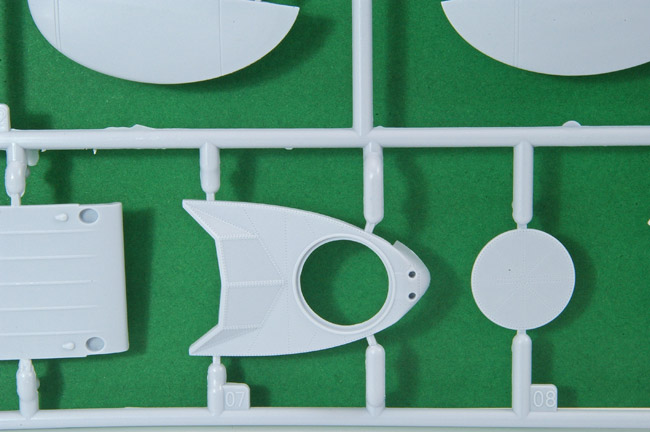 The undersides of the wings have recesses for the bomb / depth charge racks and a choice of bombs and depth charges is provided. 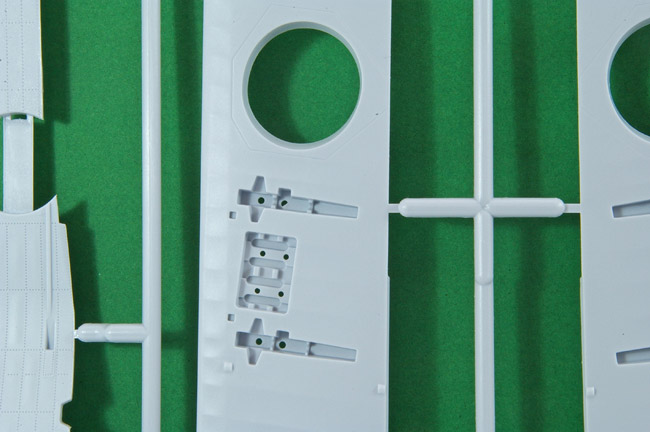 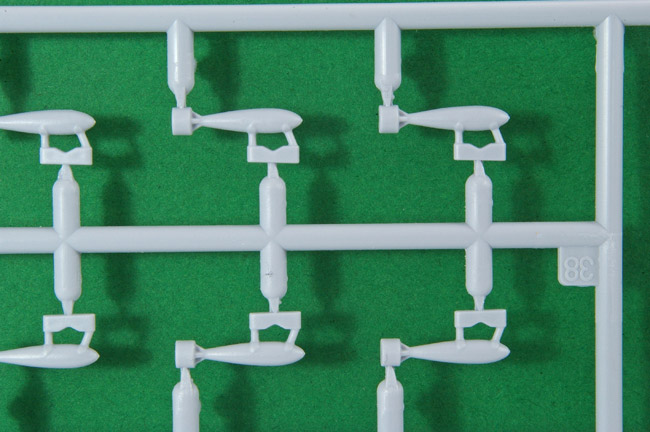 Weighted and unweighted wheels are provided the different types to be used depending on whether the undercarriage is to be modelled raised or lowered. 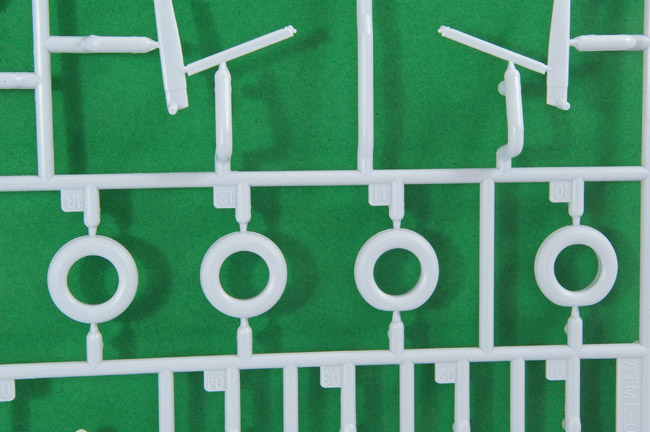 The tread pattern on the wheels is very finely moulded. 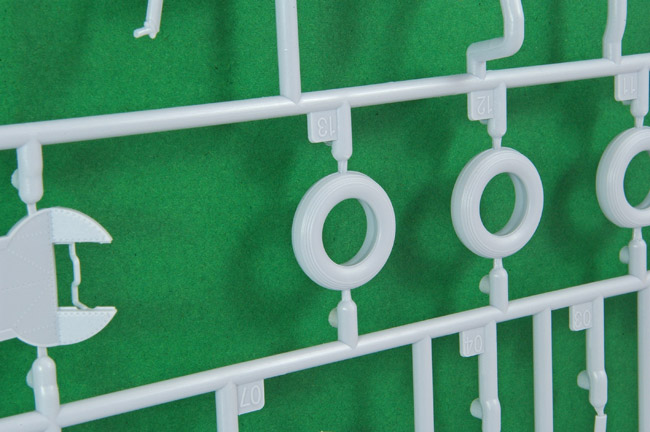 An awkward feature of the Walrus was that the engine pod suspended between the wings was not in line with the line of flight being slightly offset to the right. This could mean that there might be problems lining up the support struts, potentially cause headaches for the modeller. Airfix has catered for this in their kit as the supporting struts are moulded integrally with the structure of the engine nacelle with the offset already in place. The two piece propeller is also a fine piece of moulding with no sign of the sink marks that can sometimes be found on these parts. The large propeller boss is very well done with impressively sharp detail. 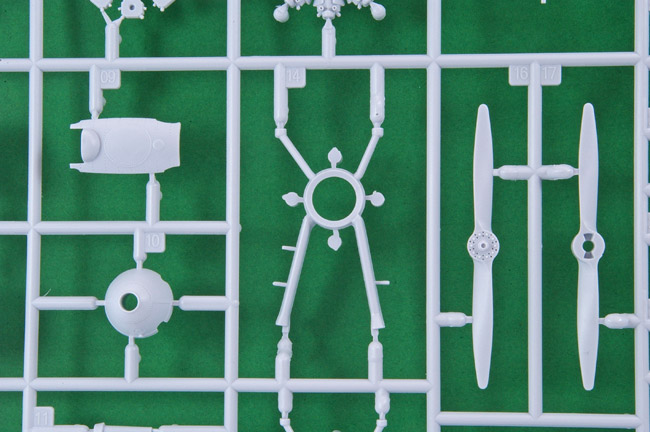 The engine itself comes in four parts and is also well moulded. Care will need to be taken to thoroughly clean up the joint between the front and back halves of the cylinder assembly though. As it is completely exposed and with no cowling, the engine would probably benefit from the addition of an ignition harness made from stretched sprue or fine wire. 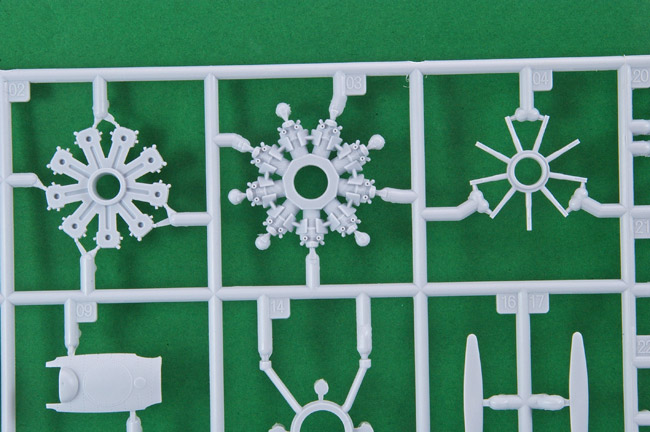 While the Supermarine Spitfire was a famously sleek and elegant looking aircraft, the Supermarine Walrus was neither sleek nor elegant. However, on the plus side it did carry a large, impressive and extremely heavy anchor along with a winch and a considerable quantity of rope / cable all of which are provided in the kit. 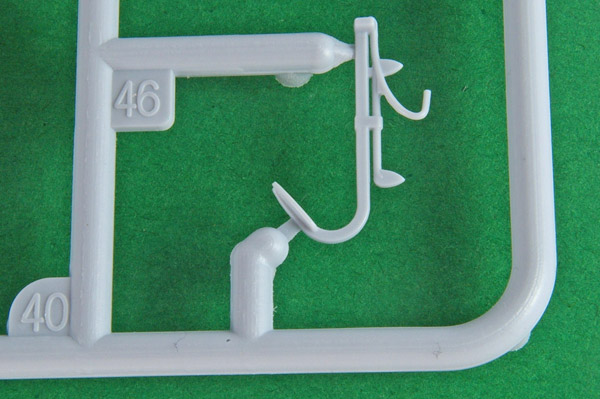 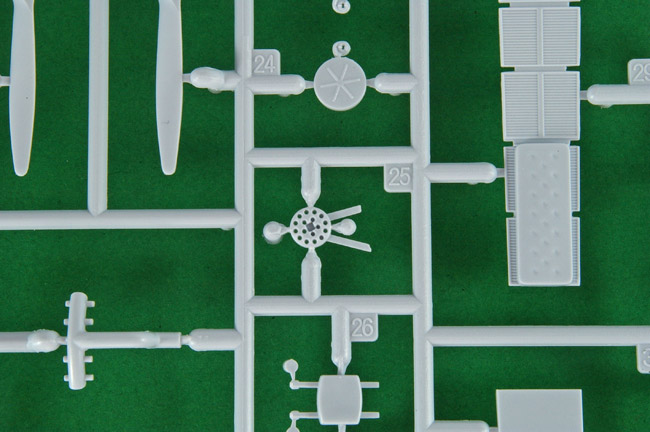 The assembly of the interior will be complicated due to the nature of the aircraft and Airfix has provided a very comprehensive set of parts to fill this area. No seat belts are provided though, and I think that these will be a noticeable omission as the pilot’s cockpit was extensively glazed and the gunner’s positions were open to the elements.