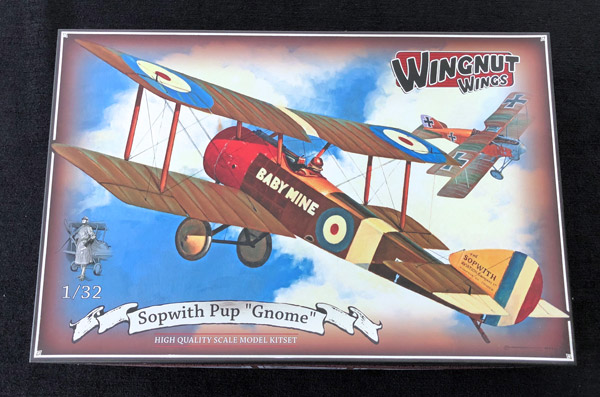 We have many box reviews and full build articles for Wingnut Wings kits and so let’s get straight to this review so that you can take a look.

A full build will follow in SMN, so keep an eye on SMN’s What’s New for that!

Some colourful options are available on the decal sheet… 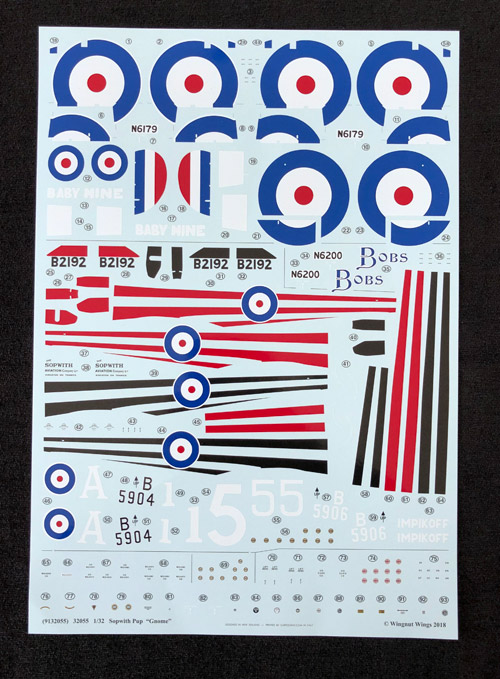 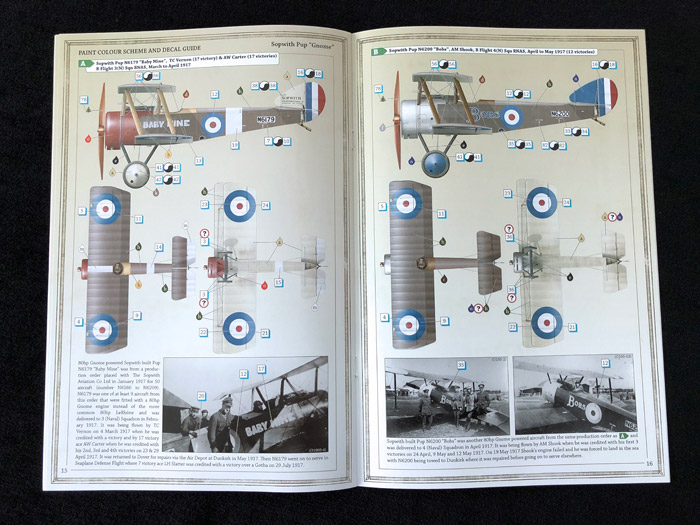 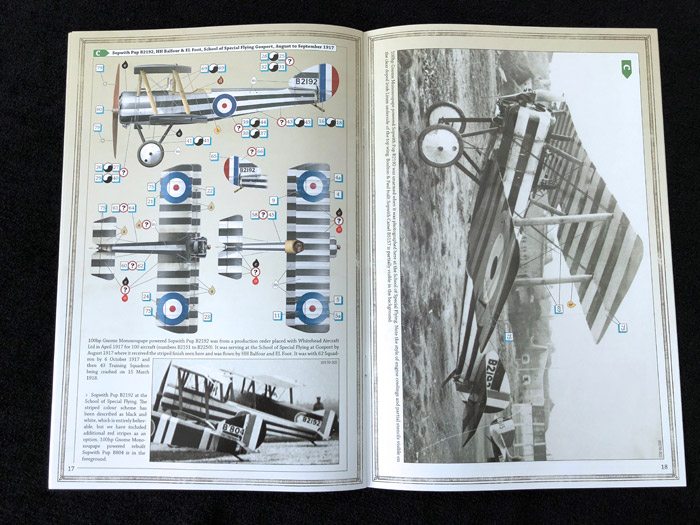 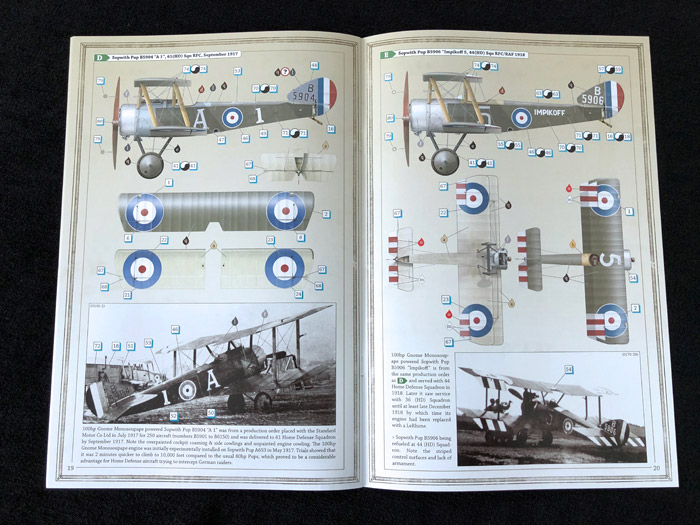 Here’s a little bit more about the Sopwith Pup…

The Sopwith Pup was a British single-seater biplane fighter aircraft built by the Sopwith Aviation Company. It entered service with the Royal Flying Corps and the Royal Naval Air Service in the autumn of 1916. With pleasant flying characteristics and good manoeuvrability, the aircraft proved very successful. The Pup was eventually outclassed by newer German fighters, but it was not completely replaced on the Western Front until the end of 1917. Remaining Pups were relegated to Home Defence and training units. The Pup’s docile flying characteristics also made it ideal for use in aircraft carrier deck landing and takeoff experiments.

In 1915, Sopwith produced a personal aircraft for the company’s test pilot Harry Hawker, a single-seat, tractor biplane powered by a seven-cylinder 50 hp Gnome rotary engine. This became known as Hawker’s Runabout; another four similar aircraft have been tentatively identified as Sopwith Sparrows. Sopwith next developed a larger fighter that was heavily influenced by this design, though more powerful and controlled laterally with ailerons rather than by wing warping.

The resulting aircraft was a single-bay, single-seat biplane with a fabric-covered wooden framework and staggered equal-span wings. The cross-axle type main landing gear was supported by V-struts attached to the lower fuselage longerons. The prototype and most production Pups were powered by the 80 hp (60 kW) Le Rhône 9C rotary engine. Armament was a single 0.303 inch (7.7 mm) Vickers machine gun synchronized with the Sopwith-Kauper synchronizer.

A prototype was completed in February 1916 and sent to Upavon for testing in late March. The Royal Naval Air Service (RNAS) quickly ordered two more prototypes, then placed a production order. Sopwith was heavily engaged in production of the 1½ Strutter, and produced only a small number of Pups for the RNAS. Deliveries commenced in August 1916.

The Royal Flying Corps (RFC) also placed large orders for Pups. The RFC orders were undertaken by sub-contractors Standard Motor Co. and Whitehead Aircraft. Deliveries did not commence until the beginning of 1917. A total of 1,770 Pups were built by Sopwith (96), Standard Motor Co. (850), Whitehead Aircraft (820), and William Beardmore & Co. (30). (Source: Wikipedia)