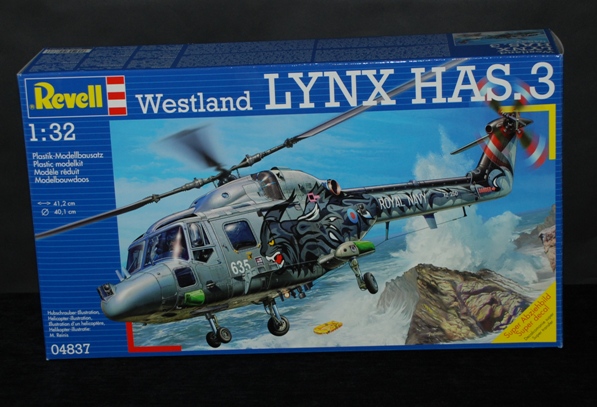 A little bit of inspiration and reference here… and some ‘interesting’ commentary!

We have already fully reviewed the first release of this kit in Mk.88A Sea Lynx configuration and that is well worth taking a look at, mainly because it has some interesting observations from Jamie H, familiar to you in SMN who is a serving Royal Navy Lynx pilot.

Click on each image below to enlarge / reduce the pictures:

As I have already said, we have already done ‘the works’ on the first release so here you’ll find all the photos of the sprues in this latest release, offering close up views of the differences and similarities in each sprue.

You can see for yourself what’s available but let’s concentrate on a few observations about this boxing:

Mk.46 anti-ship/submarine torpedoes and Sea Skua anti-ship missiles are included and these look well shaped and detailed. Their launch rails/assembly will look and add quite a bit of interest to your finished model.

Separately bagged, the clear parts are exceptionately clear and well moulded and if anything like their Halifax model should fit perfectly – let’s hope so!

The Revell instructions follow their usual exploded stages format and hint at the great level of modelling to be had by the 80-Stage assembly sequence! Location of parts is clear but colour paint coding is for Revell paints only. However, the colour names are provided and this will help you to match your own choice of paints. Directions seem to be clear and although this is quite a detailed kit in terms of parts count, the build seems logical.

This is clearly a highlight of this release offering the familiar display scheme of the ‘Black Cats’ aerobatic team from 2008 and a nice alternative – the grey/Day-Glo Red scheme applied to Lynx XZ246 aboard Antarctic Survey Vessel, HMS Endurance in 2001.

Certainly colour saturation and register is good and all markings are accurate and sharp in their detail; the carrier film also looking minimal and that’s great.

This is a welcome and natural second release from Revell of their new Lynx kit; what’s interesting is the price increase to around £26.99 GBP. The first Mk.88A id still available for around £6.00 less. So I suppose that you are left with the decision on markings and what you prefer? This new boxing does have some additional parts to make a Royal Navy aircraft so I guess that accounts for the price differential. Sure the icing on the cake would have been those rivets moulded in but apart from that you it’s hard to criticise what’s been provided for the money – very fair all said. We will obviously build this new model in the near future and you’ll be able to clearly see how it all goes together, so keep a good look out in What’s New and Build Now for that!