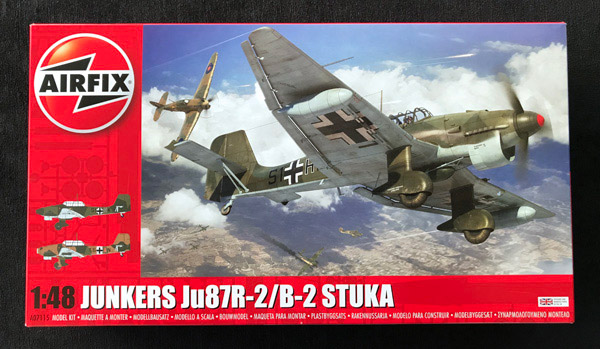 This one is hot off the press and is another new-tool and this time you have the Ju87R-2/B-2, to go with the original new tool that came out in ‘B-1’ guise a short while back. Interestingly the same set of releases has been offered in 1:72 from Airfix so whatever your preferred scale you should be happy!

The box art as ever is stunning and when you get inside the contents don’t disappoint. 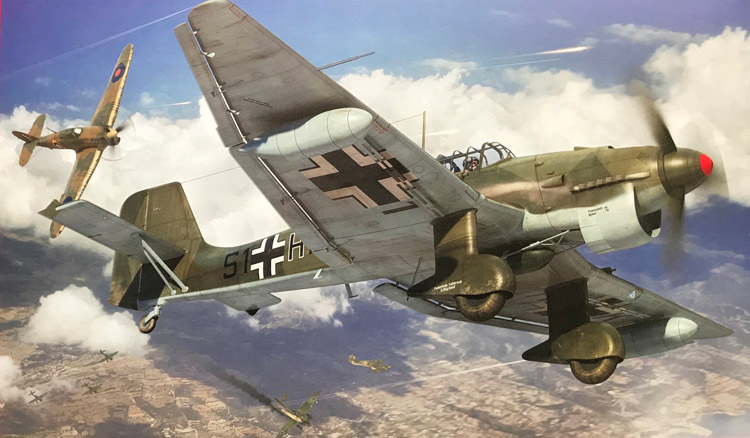 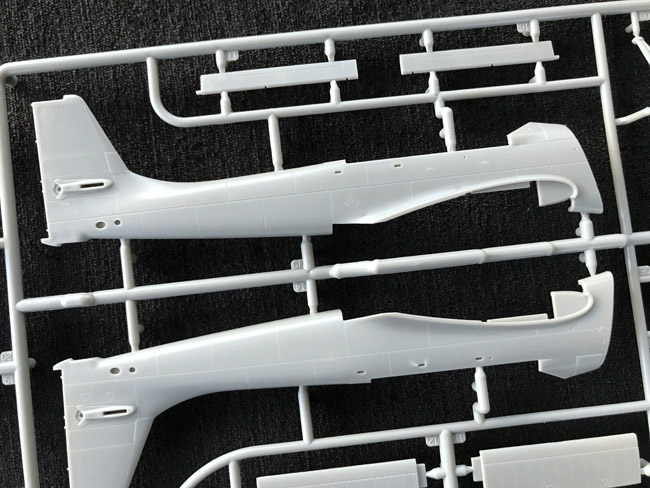 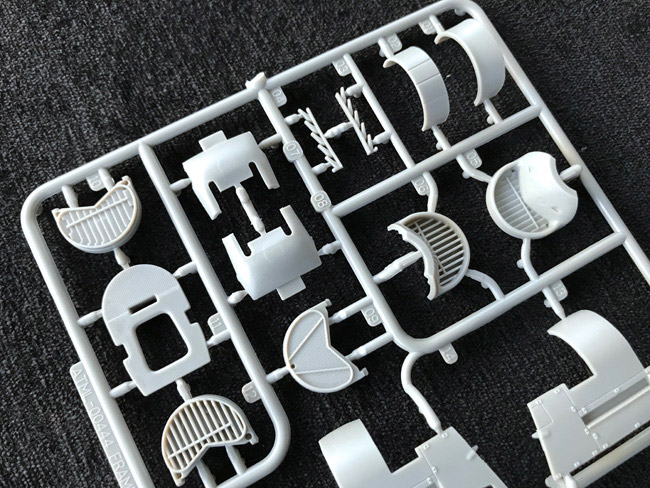 The plastic is just like the manufacturer’s other recent releases – slightly soft yet well-tooled mid-grey parts. Panel line detail is scribed and very well done for the scale. Detail and finesse of parts is high – even better than usual from this manufacturer and that’s a great step in the continuing general improvement in new products from Airfix.

Parts breakdown is innovative for this kit – see the separate lower main wing sections and separate upper main wings. This is similar to their new 1:72 scale releases that has the same approach.

Rudder – neatly moulded separately so that you can add some interest by slightly offsetting if required.

Cockpit – One of the real strengths in my view – everything is there to make a perfectly representative Ju87R-2/B-2 Stuka. The main instrument panel is well moulded with nice raised detail. Watch the few mould ejector pin marks to be removed or hidden before painting.

Two seats are provided and the pilot’s seat has no seat harness which I think is good in this scale – better to add your own aftermarket items or scratch some.

Undercarriage – The distinctive spatted main landing gear legs are neatly tooled and the weighted tyres will look good when your model sits on the ground.

Engine – a fully detailed Jumo engine is included so that you can display your model with tis on view or build it up with the engine closed up. It doesn’t look like you can opt for both and have a removable cowl.

Figures – no figures are included, unlike the smaller 1:72 scale release. 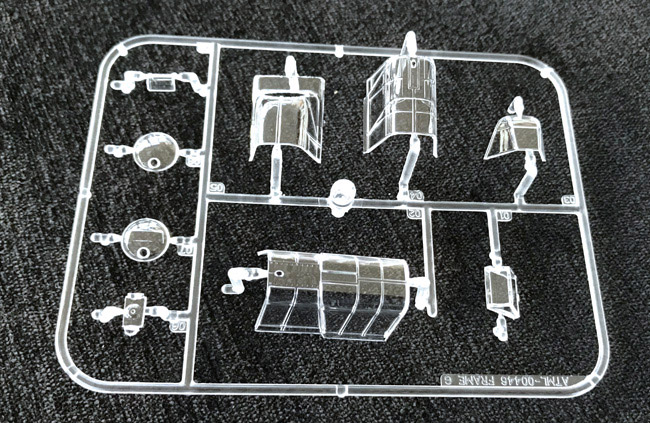 Full stencil data is included and a clear diagram showing where each item goes. The different schemes are shown on a high quality colour fold-out sheet. 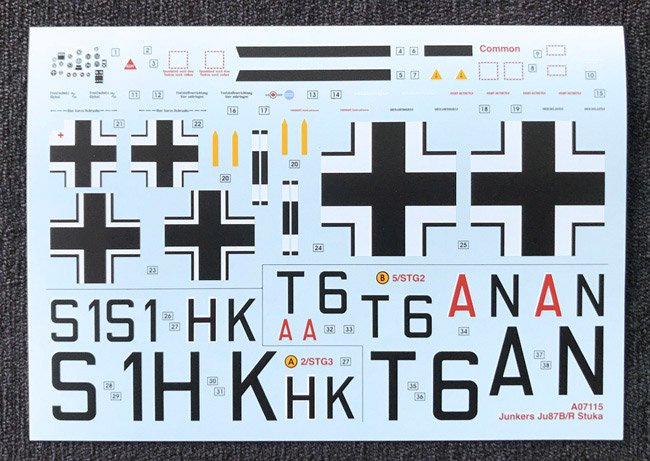 This is a very good package with excellent levels of quality and detail across the whole kit. It’s nice to see the option for a detailed engine to display and that will please those of you who like to add ground crew/vehicles etc. We will be building this one in the future and that will show how it all goes together and I for one am really looking forward to it.

A little bit of background on the Junkers Ju87 Stuka

The Junkers Ju 87 or Stuka (from Sturzkampfflugzeug, “dive bomber”) was a German dive bomber and ground-attack aircraft. Designed by Hermann Pohlmann, it first flew in 1935. The Ju 87 made its combat debut in 1937 with the Luftwaffe’s Condor Legion during the Spanish Civil War and served the Axis forces in World War II.

The aircraft was easily recognisable by its inverted gull wings and fixed spatted undercarriage. Upon the leading edges of its faired main gear legs were mounted the Jericho-Trompete (Jericho trumpet) wailing sirens, becoming the propaganda symbol of German air power and the blitzkrieg victories of 1939–1942. The Stuka’s design included several innovative features, including automatic pull-up dive brakes under both wings to ensure that the aircraft recovered from its attack dive even if the pilot blacked out from the high g-forces.

The Stuka operated with considerable success in close air support and anti-shipping at the outbreak of World War II. It spearheaded the air assaults in the invasion of Poland in September 1939. Stukas were crucial in the rapid conquest of Norway, the Netherlands, Belgium and France in 1940. Although sturdy, accurate, and very effective against ground targets, the Stuka was vulnerable to contemporary fighter aircraft, like many other dive bombers of the war. During the Battle of Britain its lack of maneuverability, speed and defensive armament meant that it required a heavy fighter escort to operate effectively.


After the Battle of Britain the Stuka operated with further success in the Balkans the Campaign, African and Mediterranean theatres and the early stages of the Eastern Front where it was used for general ground support, as an effective specialized anti-tank aircraft and in an anti-shipping role. Once the Luftwaffe lost air superiority, the Stuka became an easy target for enemy fighter aircraft on all fronts. It was produced until 1944 for lack of a better replacement. By the end of the war ground-attack versions of the Focke-Wulf Fw 190had largely replaced the Stuka, but Stukas remained in service until the end of the war.
An estimated 6,500 Ju 87s of all versions were built between 1936 and August 1944.

Some notable airmen flew the Ju 87. Oberst Hans-Ulrich Rudel was the most successful Stuka ace and the most highly decorated German serviceman of the Second World War.