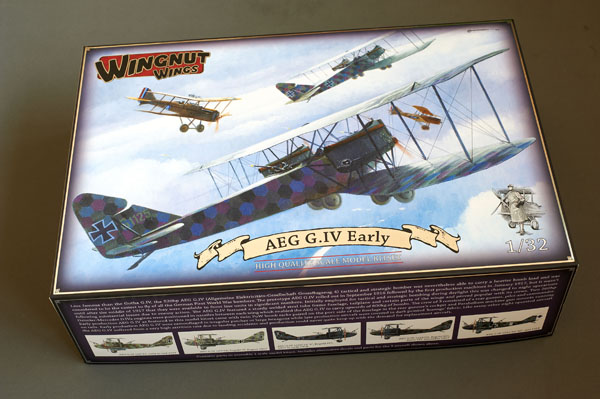 No sooner have WW stunned us all with not one but two Felixstowe kits and a Duellist, also featuring a Felixstowe and W.29, then they release two AEG’s! Can things get any better? The version I will review is the early mark, #32034.

Geoff kindly sent me this beauty to build for SMN and it will be straight onto the bench after my current build so keep an eye out for it in What’s New; follow the build in Build Now and then when it’s finished you’ll find my whole build project in the Wingnut Wings area of Finished Now.

The AEG G.IV was a biplane bomber aircraft used in World War I by Germany. It was developed from the AEG G.III, with refinements to power, bomb-load and dimensions. Coming into service in late 1916, it featured a bomb capacity twice as large as that of the AEG G.II, but was still considered inadequate in terms of offensive capacity and performance. Further improvements led to the development of the G.V, but the Armistice came before the replacement could become operational. Serving late in the war, the AEG G.IV managed to achieve some operational success in reconnaissance and combat roles.

The Allgemeine Elektricitäts-Gesellschaft (A.E.G.) G.IV was derived from the earlier G.III. Designed as a tactical bomber, the relatively modern technology included onboard radios and electrically heated suits for the crew. Unlike the other German bombers such as the Gotha and the Friedrichshafen, the AEG featured an all-metal, welded-tube frame, making it a more rugged aircraft. Well equipped with armament, although the rear gunner’s cockpit was on the top of the fuselage, the position was equipped with a hinged window in the floor for viewing and fending off pursuing aircraft.

The AEG G.IV bomber entered service with the German Air Force in late 1916. Because of its relatively short range, the G.IV served mainly as a tactical bomber, operating close to the front lines. The G.IV flew both day and night operations in France, Romania, Greece and Italy, but, as the war progressed, the AEG G.IV was restricted increasingly to night missions. Many night operations were considered nuisance raids with no specific targets, but with the intention of disrupting enemy activity at night and perhaps doing some collateral damage.

The AEG G.IV carried a warload of 400 kg (880 lb). While Gotha crews struggled to keep their heavy aircraft aloft, the AEG was renowned as an easy aircraft to fly. Some G.IV crews of Kampfgeschwader 4 are known to have flown up to seven combat missions a night on the Italian front. A notable mission involved Hauptmann Hermann Kohl attacking the railroad sheds in Padua, Italy in his G.IV bomber.

A single example (number 574/18) is preserved at the Canada Aviation and Space Museum. This example is significant not only as the only one of its kind in existence, but as the only preserved German, twin-engined combat aircraft from World War 1. The aircraft was brought to Canada in 1919 as a war trophy. It has been at the museum since 1970. 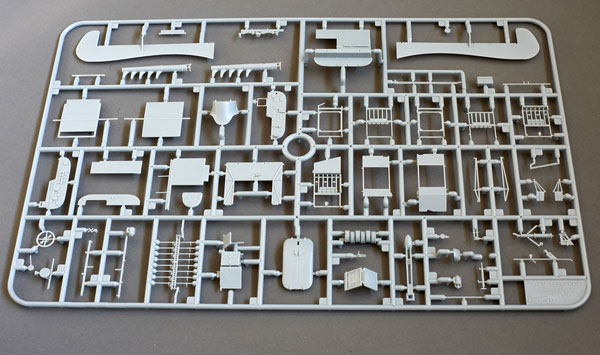