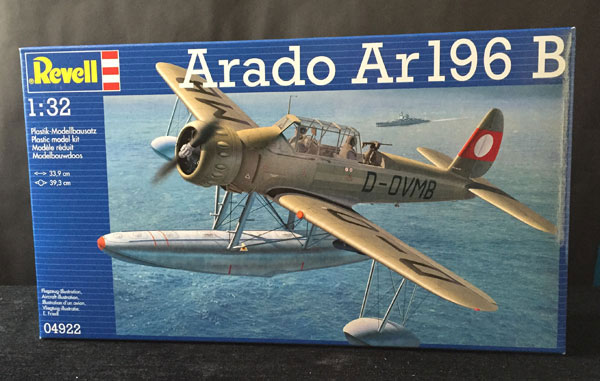 We’ve been here before!

I reviewed the Revell Arado Ar 196A-3 twin-float version of this kit when it was first released and found that build really enjoyable – some very nice fitting parts with only a couple of odd areas in the build.

Here’s a couple of photos from my full build of the original A-3 release – the full article can be found as usual in the Revell pages of Finished Now. 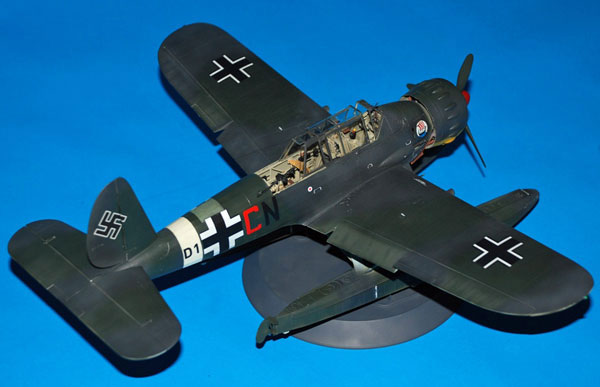 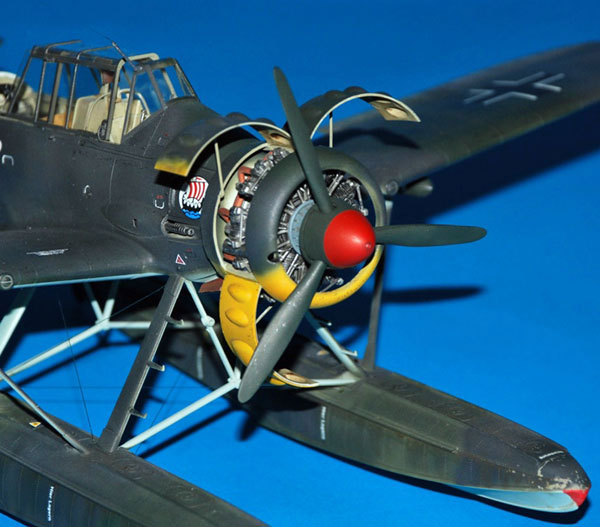 A bit of background to the type

The Arado Ar 196 was a shipboard reconnaissance low-wing monoplane aircraft built by the German firm of Arado starting in 1936. The next year it was selected as the winner of a design contest and became the standard aircraft of the Kriegsmarine (German navy) throughout World War II.

In October 1936, the RLM asked for an He 114 replacement. The only stipulations were that it would use the BMW 132, and they wanted prototypes in both twin-float and single-float configurations. Designs were received from Dornier, Gotha, Arado and Focke-Wulf. Heinkel declined to tender, contending that the He 114 could still be made to work.

With the exception of the Arado low-wing monoplane design, all were conventional biplanes. That gave the Arado better performance than any of the others and the RLM ordered four prototypes. The RLM was also rather conservative by nature, so they also ordered two of the Focke-Wulf Fw 62 design as a backup. It quickly became clear that the Arado would work effectively, and only four prototypes of the Fw 62 were built.

The Ar 196 prototypes were all delivered in summer 1937, V1 (which flew in May) and V2 with twin floats as ‘A’ models, and V3 and V4 on a single float as B models. Both versions demonstrated excellent water handling and there seemed to be little to decide one over the other. Since there was a possibility of the smaller outrigger floats on the B models “digging in”, the twin-float ‘A’ model was ordered into production. A single additional prototype, V5, was produced in November 1938 to test final changes.

10 A-0’s were delivered in November and December 1938, with a single 7.92 mm (.312 in) MG 15 machine gun in the rear seat for defence. Five similarly equipped B-0s were also delivered to land-based squadrons. This was followed by 20 A-1 production models starting in June 1939, enough to equip the surface fleet.

Starting in November, production switched to the heavier land-based A-2 model. It added shackles for two 50 kg (110 lb) bombs, two 20 mm MG FF cannons in the wings, and a 7.92 mm (.312 in) MG 17 machine gun in the cowling. The A-4 replaced it in December 1940, strengthening the airframe, adding another radio, and switching props to a VDM model. The apparently mis-numbered A-3, which had additional strengthening of the airframe, replaced the A-4. The final production version was the A-5 from 1943, which changed radios and cockpit instruments, and switched the rear gun to the much-improved MG 81Z. Overall, 541 Ar 196s (15 prototypes and 526 production models) were built before production ended in August 1944, about 100 of these from SNCA and Fokker plants.

The Ar 196C was a proposed aerodynamically-refined version but this project was cancelled in 1941. 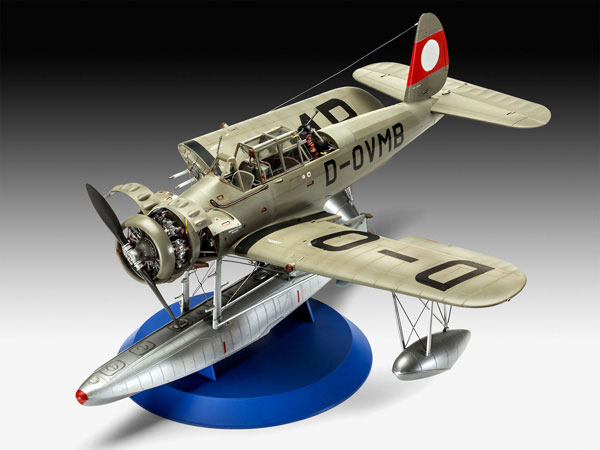