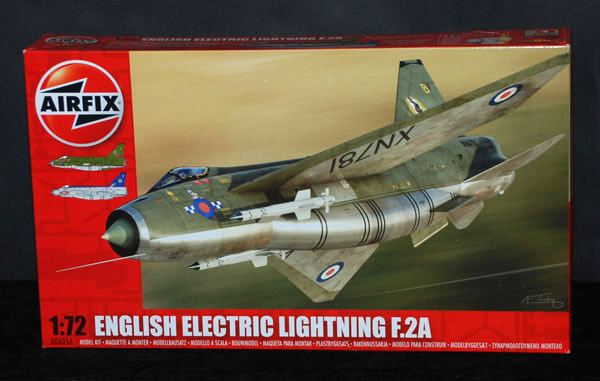 Our thanks to Airfix for supplying our review sample – get this impressive kit here now.

Any of you that have known me for a while may also know that the Lightning is my favourite aircraft of all time – it just is for so many reasons. Each time Airfix or one of the other manufacturers produce a new-tool kit I get seriously excited. Sometimes this excitement lasts as it has done for this manufacturer’s 1:48 scale kit – very impressive and I have built several over the years. Sometimes I get seriously unimpressed, for example when Trumpeter released their 1:32 kit – a great disappointment at so many levels and at a silly high price that just left a bad feeling in my stomach.

Enough of the past – what of the here and now and this new release from Airfix in 1:72 scale? Well at first glance it looks good – very good ☺ Let’s explore more and show you what’s on offer and just before that, what about a bit of background on the type just to whet your appetite!

The English Electric Lightning is a supersonic jet fighter aircraft of the Cold War era, noted for its great speed. It is the only all-British Mach 2 fighter aircraft and was the first aircraft in the world capable of super-cruise. The Lightning was renowned for its capabilities as an interceptor; pilots commonly described it as “being saddled to a skyrocket”.

Following English Electric’s integration into the unified British Aircraft Corporation, the aircraft was marketed as the BAC Lightning.

The Lightning was prominently used by the Royal Air Force and the Royal Saudi Air Force, and was a regular performer at air shows. Following retirement in the late 1980s, many of the remaining aircraft became museum exhibits; until 2010, three examples were kept flying at “Thunder City” in Cape Town, South Africa. In September 2008, the Institution of Mechanical Engineers conferred on the Lightning its “Engineering Heritage Award” at a ceremony at BAE Systems’ site at Warton Aerodrome. 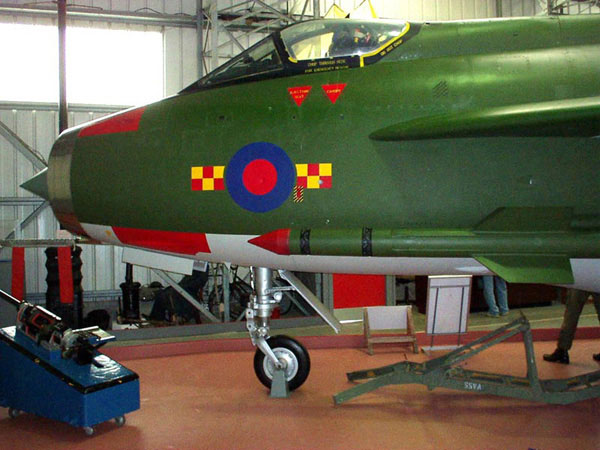 The final British Lightning was the F.2A. This was an F.2 upgraded with the cambered wing, the squared fin, and the 610 gal ventral belly tank. The F.2A retained the A.I.23 and Firestreak missile, the nose cannon, and the earlier Avon 211R engines. Although the F.2A lacked the thrust of the later Lightnings, it had the longest tactical range of all Lightning variants, and was used for low-altitude interception over Germany.

The box is surprisingly heavy and when you open it you can see why – lots and lots of plastic! When you take a closer look you see fine engraved detail; in fact it look very fine and another step forward by Airfix. I have just finished their 1:48 Gloster Javelin and you may have seen this build in Finished Now and I think the engraved panel line detail is excellent. I think this is again the case here and this is great given the smaller scale and technical / cost challenged this brings to the manufacturer. Looking good so far…

Accuracy looks good too – all the features of the F.2A like the square fin, cambered/angled leading edges to the main wings, large 610 gallon belly tank, nose cannon are all well represented.