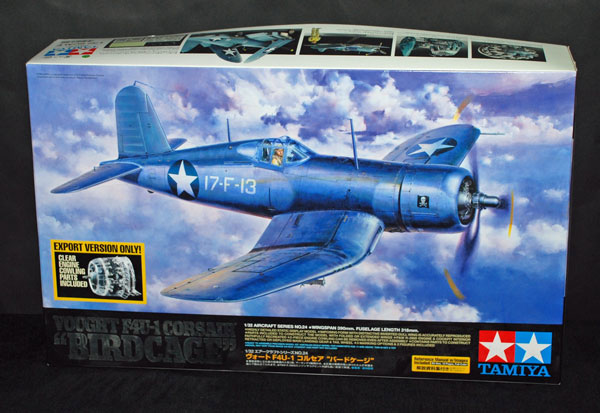 The good news is that you have a good walkaround set of reference photos in SMN’s Photo Reference Library covering both the internal and external features of the F4U Corsair – you can check those out here. 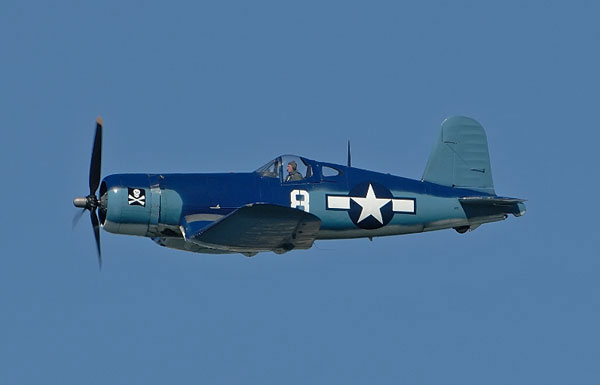 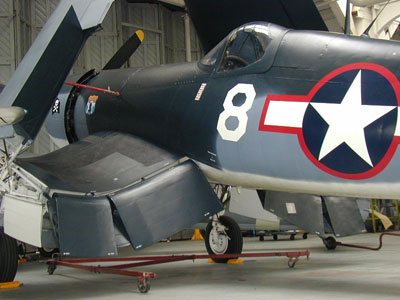 Further good news is that we have a full build article for the Tamiya F4U-1 in Finished Now – Dave C has done a great job with the kit and together with my review comments below you have pretty much all you need to make the decision to get this comprehensive package from Tamiya.

You may well know all you need to about the Corsair, but just in case, here’s an insight into what turned out to be a highly effective Allied fighter.

The Chance Vought F4U Corsair was an American fighter aircraft that saw service primarily in World War II and the Korean War. Demand for the aircraft soon overwhelmed Vought’s manufacturing capability, resulting in production by Goodyear and Brewster: Goodyear-built Corsairs were designated FG and Brewster-built aircraft F3A. From the first prototype delivery to the U.S. Navy in 1940, to final delivery in 1953 to the French, 12,571 F4U Corsairs were manufactured by Vought, in 16 separate models, in the longest production run of any piston-engined fighter in U.S. history (1942–53).

The Corsair was designed as a carrier-based aircraft. However its difficult carrier landing performance rendered the Corsair unsuitable for Navy use until the carrier landing issues were overcome when used by the British Fleet Air Arm. The Corsair thus came to and retained prominence in its area of greatest deployment, land based use by the U.S. Marines. The role of the dominant U.S. carrier based fighter in the second part of the war was thus filled by the Grumman F6F Hellcat. The Corsair served to a lesser degree in the U.S. Navy. As well as the U.S. and British use the Corsair was also used by the Royal New Zealand Air Force, the French Navy Aéronavale and other, smaller, air forces until the 1960s. Some Japanese pilots regarded it as the most formidable American fighter of World War II, and the U.S. Navy counted an 11:1 kill ratio with the F4U Corsair.

After the carrier landing issues had been tackled it quickly became the most capable carrier-based fighter-bomber of World War II. The Corsair served almost exclusively as a fighter-bomber throughout the Korean War and during the French colonial wars in Indo China.