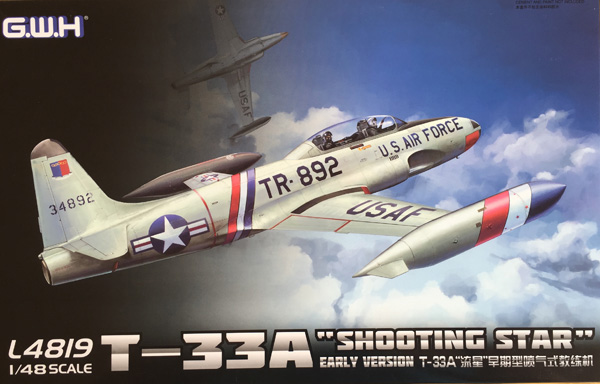 A little bit of background to the T-33

It’s just something about the shape – epitomises the era so well, the Lockheed T-33A Shooting Star.

The Lockheed T-33 Shooting Star (or T-Bird) is an American jet trainer aircraft. It was produced by Lockheed and made its first flight in 1948 piloted by Tony LeVier. The T-33 was developed from the Lockheed P-80/F-80 starting as TP-80C/TF-80C in development, then designated T-33A. It was used by the U.S. Navy initially as TO-2 then TV-2, and after 1962, T-33B. As of 2015, Canadian-built examples were still in-service with the Bolivian Air Force. 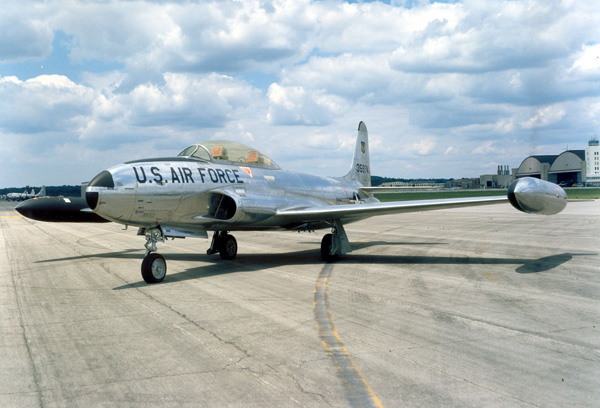 The T-33 has served with over 30 nations, and continues to operate as a trainer in smaller air forces. Canadair built 656 T-33s on licence for service in the RCAF—Canadian Forces as the CT-133 Silver Star while Kawasaki manufactured 210 in Japan. Other operators included Brazil, Turkey and Thailand which used the T-33 extensively.

The Great Wall Hobby (GWH) kit…
It was a no-brainer for me to purchase this kit for us to build in SMN and that’s the plan as I type these words – the model is flying across the English Channel to Franck O. who’ll be building it. Keep an eye out on What’s New-Aircraft-Build Now for that!

So what do you get

This release features the Lockheed T-33A (early version) and as such preserves those sleek lines so typical of the type.

Crisp grey plastic parts devoid of flash and featuring finely scribed panel lines – a good start. The fuselage design is conventional and the separate intakes look like they should fit ok.

The separate cockpit tub has nice raised detail and to this is added the very neat main instrument panels with their precise raised instrument bezels. The dials are decals that fit behind each panel.

The wings are excellent with the option for dropped flaps that have nice clean internal ribbing. The main gear wells are very well detailed and have pretty realistic depth to them.

The tailplanes also have separate elevators that can also be positioned.

Very impressive detail here with wheels that have flats moulded in. The hub detail is exceptional and as the nose and main wheels are real features of the type this is a real asset.

A very nice touch this, very often adding to the look of the completed model; it’s an impressive piece of moulding too! 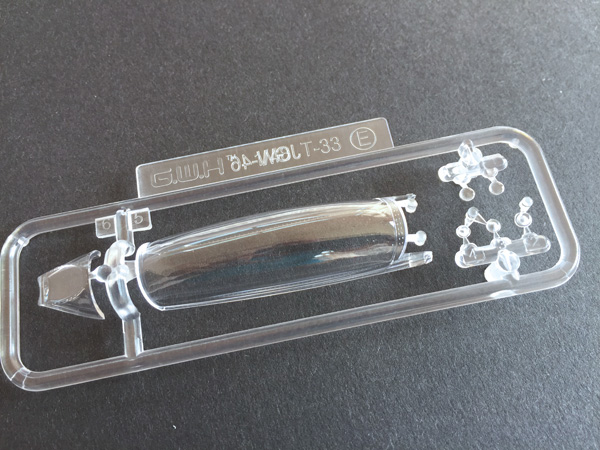 Clear, well moulded and blemish-free with a good shape. Interestingly, there is no mould seam line down the canopy which is some achievement given the shape of the item.

A multi-page fold out instruction is included with the familiar exploded views of each sub-assembly. A separate sheet is included with some amendments, so be sure to study these well before assembly.

A great colour fold out A3 sheet is included with some great all-colour all-aspect profile drawings showing painting instructions and decal placement. 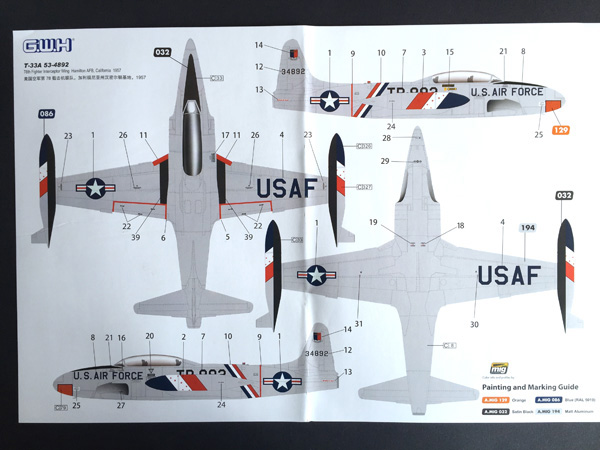 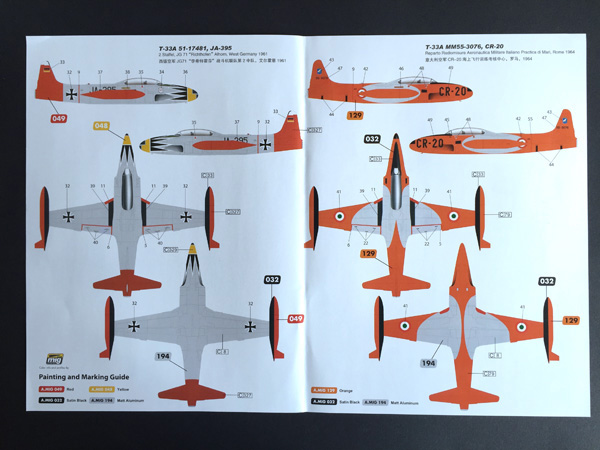 Some great schemes are included and your only difficulty will be in deciding which to go for. USAF, German AF and Italian AF are all on the decal sheet offering very different possibilities.

The decal sheet is well printed with markings all in register and hopefully they will apply well to the model; they look a little matt to me but hopefully that won’t be a problem when it comes to application. 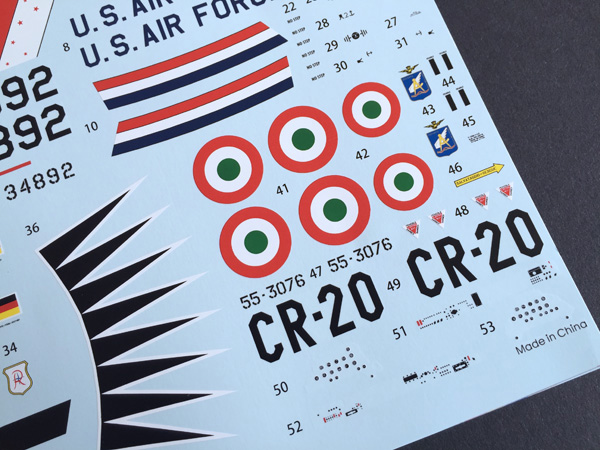