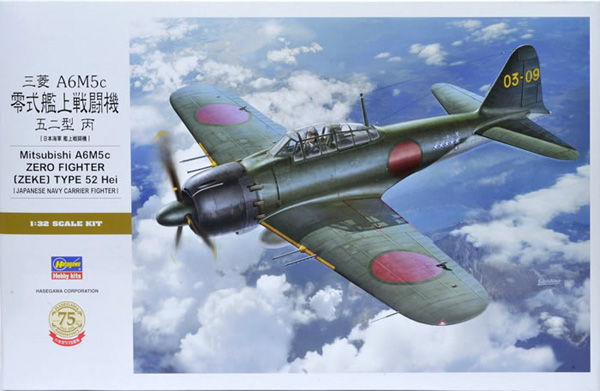 During the early stages of the war in the Pacific the introduction of the Mitsubishi Zero, along with the superior training of its pilots, gave the Japanese Navy air superiority during encounters with such aircraft as the American Curtis P40 and the Grumman F4F Wildcat. Its appearance led to the odd situation where a carrier bourn fighter was actually better than its land based opponents. The aircraft was light and highly manoeuvrable and had the advantage when its opponents were lured into a dogfight. However, by 1943 the tables had turned and the shortcomings of the Zero were becoming apparent. Different tactics used by the American pilots and the appearance of far more powerful aircraft such as the Vought F4U Corsair and the Grumman F6F Hellcat put the lightly armed and lightly armoured Zeros at a disadvantage.

To overcome its deficiencies a number of modifications were made to the Zero throughout the course of the war. The A6M5 series introduced changes to the exhaust system such that the output of the exhausts was directed back across the fuselage giving a modest increase in speed. One of the later variants was the A6M5c Type 52 and this is the subject of the Hasegawa kit. A number of changes were introduced with this variant. Armour plate and armoured glass were installed behind the pilot. An additional self-sealing fuel tank was installed behind the cockpit in order to increase the aircraft’s range. Two 13.2mm machine guns were added to the wings and the two 7.7mm fuselage guns were replaced with a single 13.2mm gun. Racks were installed under the wings to carry rockets. Apart from the self sealing fuel tank which would not be seen on the finished model all of these features are included in the Hasegawa kit.

Sadly for the Japanese these changes did not bring about the improvements they had hoped for. The increased weight of the Type 52 required a more powerful engine, but the intended Sakai 31A engine was still undergoing testing and so was not available. The aircraft had to make do with its original Sakai 21 power plant and was consequently under-powered. Most of the Type 52 aircraft were destroyed in the battle around the Marianas Islands in June 1944.

On first inspection the Hasegawa kit looks quite simple. There are 130 parts in light grey plastic spread over nine sprues. There are 14 clear parts and 13 parts in light brown plastic for the pilot figure (with three optional heads) and seat cushions. 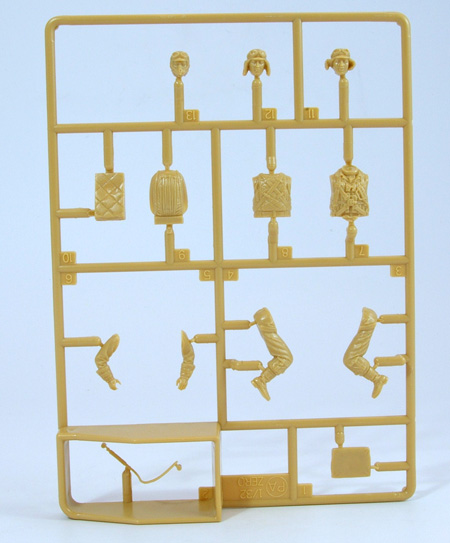 In addition there are four poly-caps.

The parts are very well moulded as you might expect from Hasegawa. There are finely recessed panel lines and raised detail where appropriate. The Zero had a stressed skin construction and the surfaces of the wings had a distinctly rippled appearance. This is particularly noticeable on photos of preserved aircraft. Replicating this effect on a fairly expensive kit may be only for the brave! For the slightly less brave (though still quite courageous) could be the addition of rivets to the surface of the wings and fuselage. These are very noticeable on the Zero again particularly on photos of preserved aircraft which are literally covered in them. In common with other Hasegawa kits these rivets are not represented, presumably as some modellers like them while others are less enthusiastic, so it’s up to the modeller to add them if they wish to do so.

For those who wish to add rivets to their model I would recommend the excellent Mushroom Models publication on the aircraft by Artur Juszczak. This contains 1:48 scale plans of the various variants of the Zero complete with rivet lines. These could be enlarged to 1:32 or just used as they are as a basis to draw in your own lines before adding the rivets using a pounce wheel or similar tool. 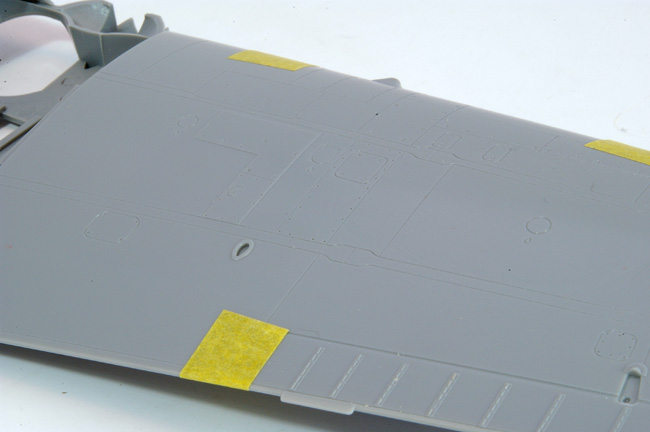 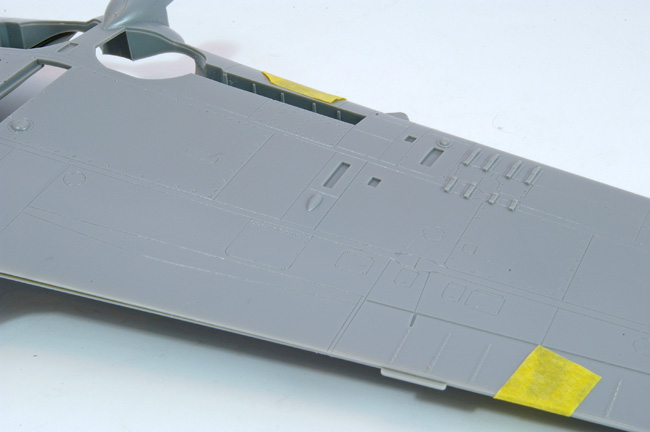 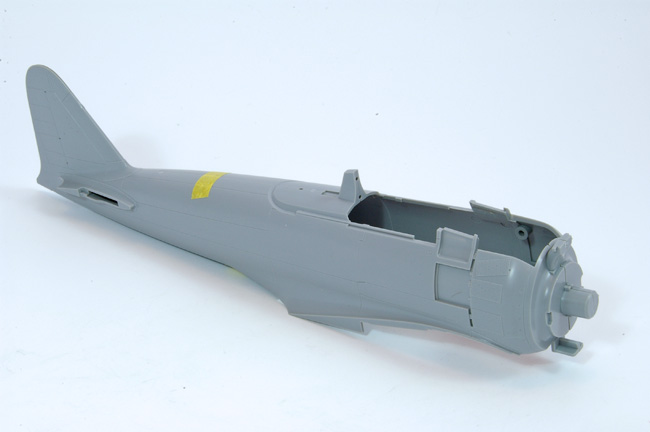 The fabric effect on the control surfaces is very well done. 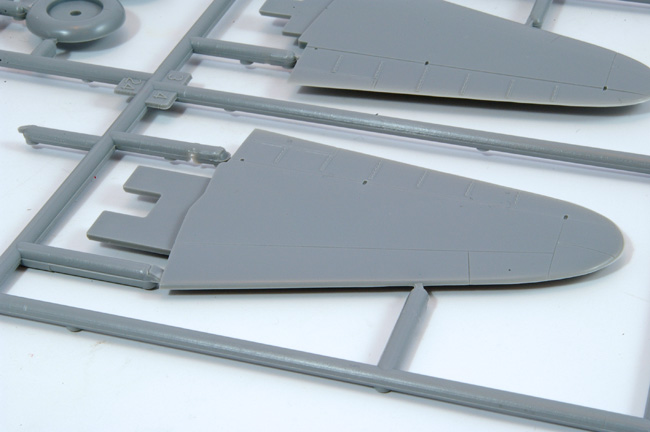 The cowling is a single piece which has two openings for the fuselage machine guns. Despite the fact that the Type 52 carried only one fuselage mounted gun, this is apparently correct and for some reason the redundant opening was not sealed. 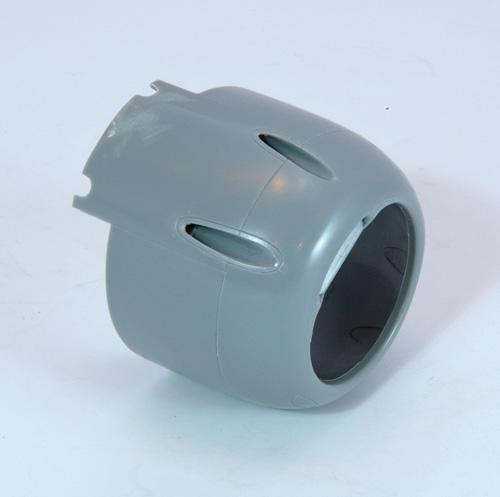 The canopy is clear and the parts are very thin (so will need to be handled with care). The central section is separate and so the canopy can be modelled open or closed. 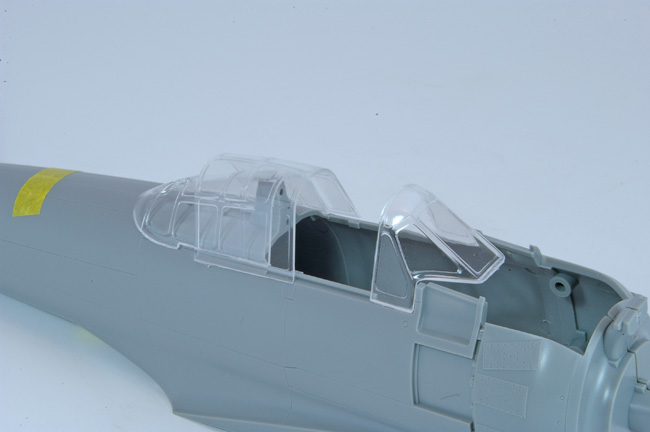 Two types of spinner are provided though only one is to be used. This along with some other unused parts on the sprues and the fact that the sprues are not consecutively labelled suggests that more variants of the Zero may be expected in the future. 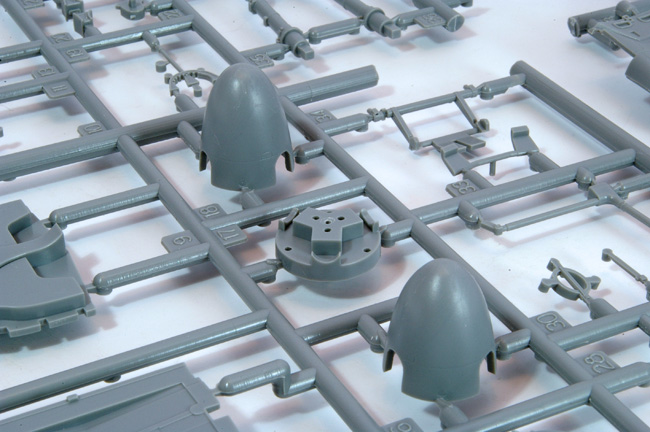 The tyres are not weighted so perhaps an after-market source could be found for weighted tyres if required. They also have no treads moulded into them which I think is correct for the A6M5. While an arrestor hook is provided in the kit it is not required for this variant which operated from land bases and Hasegawa provides a cover for the arrestor hook slot. 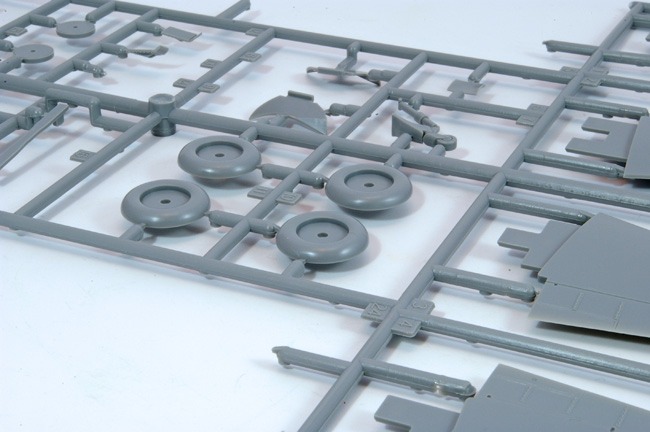