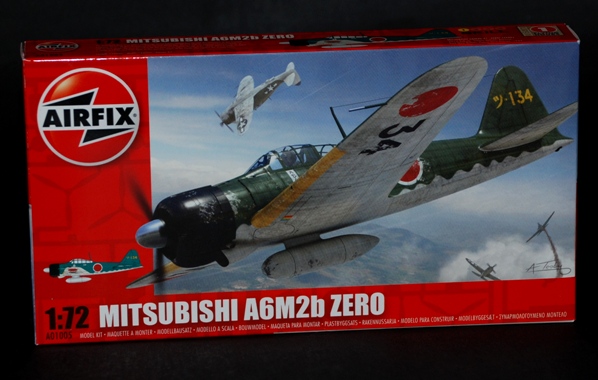 The Mitsubishi A6M Zero was a long-range naval fighter aircraft, which formed the backbone of the Imperial Japanese Navy’s Air Arm throughout WWII.

It had exceptional manoeuvrability as well as long range and was probably the best carrier fighter in the world when it entered service in China in 1940 and, later, in the early stages of the Pacific War with the United States.

The -21 variant was the first to feature folding wing tips and proved to be the dominant fighter in the strike on Pearl Harbor and the battles that followed it.

The manoeuvrability may have been good, but it was at the price of self protection, with the type having very little in the way of armour and only lightly armed.

As the air war over the Pacific intensified, the Zero found itself increasingly outclassed by its American adversaries like the Hellcat and Corsair. Having said this, in the hands of a skilled pilot the Zero remained a deadly threat.

By 1945, the Zero was still in widespread service and was used in the kamikaze role in the closing stages of the Pacific War. Its speed was around 331mph with an armament of 2 X 7.7mm MG, 2 X 20mm cannon.

A bit of inspiration…

And some useful reference…

So what’s in the box?

Plenty of plastic, that’s for sure. Four sprues, including the small clear one with the canopy.

The light grey plastic has a good feel to it, quite smooth and on the softer side of hard. Having built the recent P-40B, this plastic is very similar and is easy to trim, sand and work with.

Panel line detail is recessed and in 1:72 scale looks very good to me, looking more realistic than the slightly heavy engraved detail on some 1:72 kits. Getting better all the time!

Click on the thumbnails below to enlarge the images and have a look at what’s on offer for yourself.

Just look at that weathering on the fuselage and undersides of the wings. It looks spot-on to me for an IJN aircraft of the period, where the paint finish used to wear heavily. Some of you may be wondering why I am commenting on the box?

Well, the fact is that great box art sells kits and I, for one, think the box is part of the whole buying and ‘owning’ experience. It matters! It’s even better when the contents match the box in terms of quality, which is again the case here.

You also get a decent looking pilot of you want to add him.

The finesse of the undercarriage legs is impressive; no flash, just fine, accurate crisp moulding.

Airfix are certainly listening to modellers and showing great willingness to raise their standards to that of the best and they are certainly getting close.

The fin has a separate rudder that can be repositioned at a more ‘operational’ angle, often seen on parked machines.

The upper engine cowl has the MG’s integrally moulded but, again, for 1:72 scale they should look fine when painted up; in fact this is a separate part and is very finely tooled.

Panel line detail is recessed to the same standard as the rest of the kit. Moulding is clean with no excess flash present anywhere.

Nice looking this – very clear without any flash. The windscreen is moulded with the rear ‘sliding’ portion. Canopy framing looks authentic enough, if a little heavy. 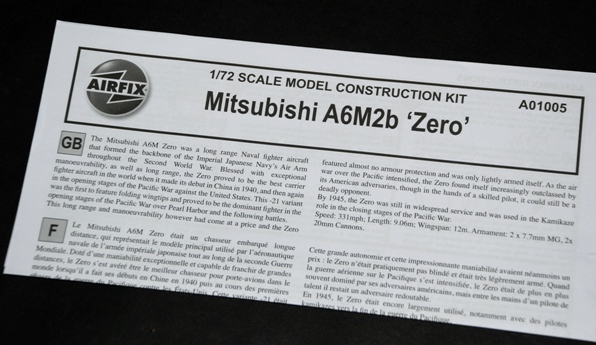 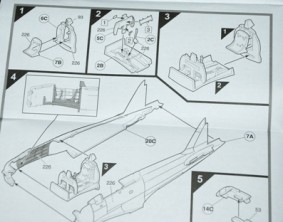 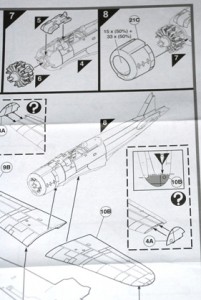 The instructions are logical and well laid out. The usual exploded-stage diagram approach is used. The colour painting guide is provided on the back of the box and this makes good sense.

One aircraft is featured with this release:

The decal sheet (see Gallery Grid above) is well printed with all markings/colours in register. It’s unclear where these decals were printed, but they look to be similar to those in the recent P-40B release, so we should be fine on quality here.

This is a good addition to what’s already available.

The fine recessed detail, delicate and detailed undercarriage legs and cockpit are all positive. The choice of decals represents an aircraft typical of the period, if unspectacular in terms of subject.

It’s hard to really criticise this package and at around £5.99 (Nov 2011) it offers fantastic value for money. All in all, a nice new kit beautifully presented.