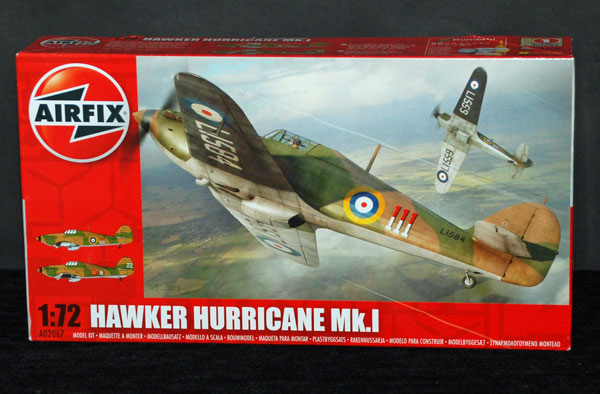 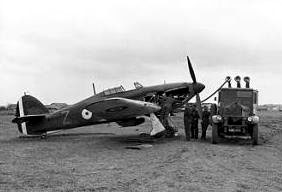 The Hawker Hurricane is a British single-seat fighter aircraft that was designed and predominantly built by Hawker Aircraft Ltd for the Royal Air Force (RAF). Although largely overshadowed by the Supermarine Spitfire, the aircraft became renowned during the Battle of Britain, accounting for 60% of the RAF’s air victories in the battle, and served in all the major theatres of the Second World War.

The 1930s design evolved through several versions and adaptations, resulting in a series of aircraft which acted as interceptor-fighters, fighter-bombers (also called “Hurribombers”), and ground support aircraft. Further versions known as the Sea Hurricane had modifications which enabled operation from ships. Some were converted as catapult-launched convoy escorts, known as “Hurricats”. More than 14,000 Hurricanes were built by the end of 1944 (including at least 800 converted to Sea Hurricanes and some 1,400 built in Canada by Canadian Car and Foundry). 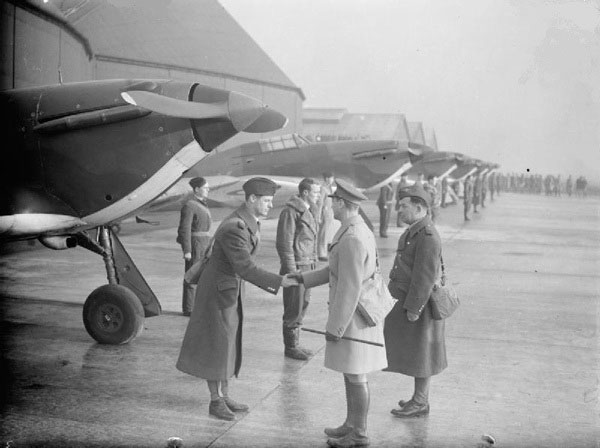 A revised Hurricane Mk I series built with a de Havilland or Rotol constant speed metal propeller, metal-covered wings, armour and other improvements. In 1939, the RAF had taken on about 500 of this later design to form the backbone of the fighter squadrons.