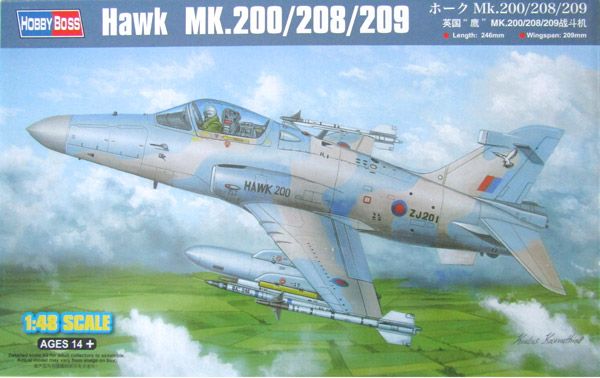 Once in a while the mainline kit companies come out with a subject just a little off the beaten track, this is the case for Hobby Boss’s latest release of the British Aerospace Hawk family.

If you wanted a single seat version of the Hawk in your collection, the only option till now was to find an old Matchbox 1:72 release or if you prefer a larger scale, the Airfix 1:48 Hawk 100 series kit and add the Neomega resin conversion set. Can’t say I have ever come across the Matchbox, but I do have a couple of both the Airfix and Neomega sets in the stash, however the release of a new tool kit, certainly will reduce the ‘chopping’ required. 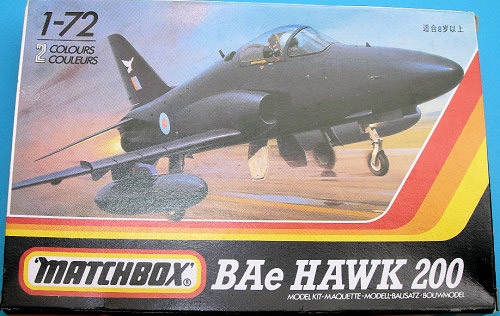 The British Aerospace Hawk 200 is a single-seat, single engine light multirole fighter designed for air defence, air denial, anti-shipping, interdiction, close air support, and ground attack. It is the most capable variant of the Hawk family line in terms of combat.

In 1984, British Aerospace (now BAE Systems) decided to pursue development of a combat-orientated variant of the Hawk aircraft, designated as Hawk 200; up to this point the Hawk family had been typically employed by operators as an advanced trainer with secondary combat capabilities. A single flying demonstrator aircraft was produced to support the development process. This made its first flight on 19 May 1986. 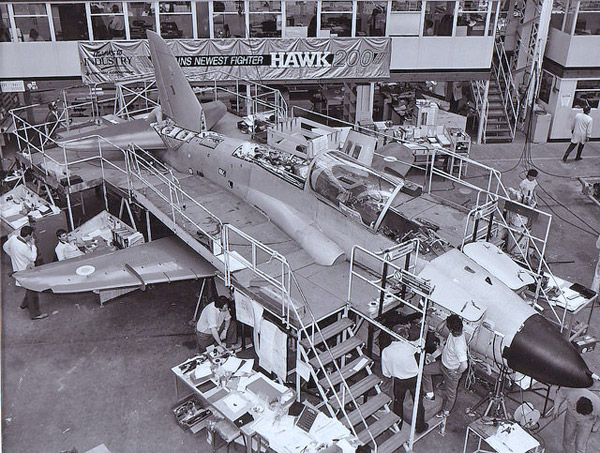 Less than two months after first taking flight, the Hawk 200 demonstrator ZG200 was lost in a fatal accident, killing BAe test pilot Jim Hawkins; Hawkins is alleged to have either become disoriented or to have fallen unconscious, due to g-LOC (g induced loss of consciousness), while executing high-g manoeuvres to explore the aircraft’s agility. 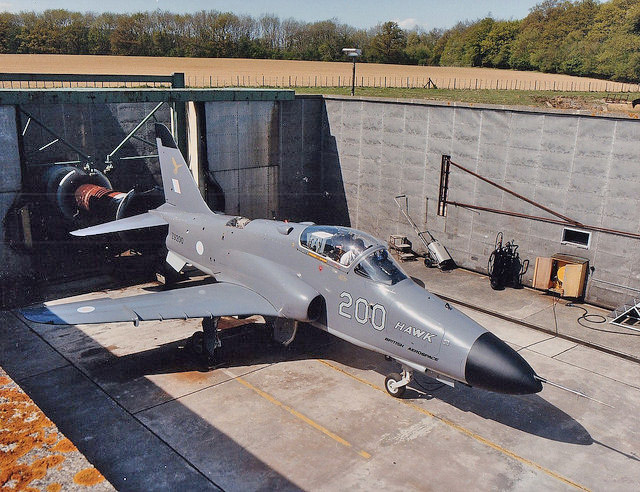 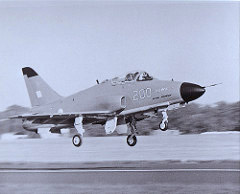 Despite the loss of the 1st demonstrator, the company decided to proceed with the Hawk 200 program and further airframes were built. An initial order from Venezuela, saw the deal fall through, but further interest worldwide saw the demonstrators travel extensively as the sales effort continued. By 1987, the first pre-production samples were being manufactured and have been photographed in a number of schemes to entice the prospective buyer.

In 1990, BAe received its first order when Oman opted to procure a batch of twelve Hawk Mk 203’s, all of which were delivered by 1993. Further orders ensued with Malaysia (Mk 208) procuring 18 airframes and Indonesia (Mk 209) procuring first 8 then a further 16 aircraft. The Royal Saudi Air Force expressed interest (Mk 205) but in the end none were ordered.

The Hawk 200 is a single-seat, single engine light multirole fighter with a small visual signature and high manoeuvrability. It has a low-mounted cantilever wing and is powered by a single turbofan engine. The Hawk 200 differs from the earlier Hawks in the sense that it has a new forward fuselage whereby the forward cockpit area which normally houses a pilot is replaced by an electronics bay for avionics and onboard systems, including a fire control computer, multi-mode radar, laser rangefinder and forward-looking infrared (FLIR). The Hawk 200 also has an upgraded wing, which in addition to four wing pylons seen in previous Hawks, also has wingtip missile support as well as greater wing area, increased wing droop, larger flaps and an optional mid-air refueling capability.

The Hawk 200 is equipped with a Northrop Grumman AN/APG-66H multi-mode radar (based on that fitted to the F16), LINS 300 ring laser gyroscope inertial navigation system, air data sensor, display processor and mission computer. The systems are connected with a dual MIL-STD-1553B digital bus. The Hawk 200 is also equipped with a Ferranti laser rangefinder and a Marconi forward-looking infrared. The self-protection systems include a BAE SkyGuardian 200 RWR and automatic or manual Vinten chaff/flare dispensers located above the engine exhaust.

The AN/APG-66 radar is a solid state medium range (up to 150 kilometres (93 mi)) pulse-doppler planar array radar designed by the Westinghouse Electric Corporation (now Northrop Grumman) for the F-16 Fighting Falcon and adapted for use on the Hawk. It has ten air-to-surface and ten air-to-ground modes for navigation and weapon aiming purposes. The APG-66H variant of the radar installed on the Hawk 200, has a smaller antenna producing slightly reduced capabilities.

In the cockpit the pilot has a hands-on throttle and stick (HOTAS) control system and a wide-field-of-view head-up display (HUD). Using the weapon control panel, which controls the stores management system, the pilot can select the weapons and release mode prior to initiating an attack.

Like all other modernised Hawks, the Hawk 200’s all-glass cockpit has a multi-functional colour display, with a dedicated processor and 15-colour graphics symbology generator.

There are 27 display formats which provide flight and aircraft data, the cockpit is also compatible with night-vision goggles. On all the Malaysian Mk 208 versions and retrofitted on some Indonesian Mk209, just outside of the cockpit is an inflight refueling probe.

The Hawk 200 was originally powered by an Adour 871 two shaft, low bypass ratio turbofan engine from Rolls-Royce Turbomeca Limited, providing the aircraft with 26.00 kN of thrust. In 2005, the Adour 951 engine was certified for use on the Hawk 200. The improved Adour 951 has improved performance (rated at 29.00 kN (6,520 lbf) thrust) and has up to twice the service life of the Adour Mk 871. It features an all-new fan and combustor, revised HP and LP turbines, and introduces Full Authority Digital Engine Control (FADEC).

Both engines are non-afterburning versions of the Adour series, and are fed to by air intakes on both sides of the fuselage. The internal fuel tanks are installed in the fuselage and compartmented integral tanks located in the wings, containing up to 1361 kg of fuel. Up to 2 x 591 liter drop tanks can also be carried on the in-board under-wing pylons.

Operationally, only the Hawk 208’s have seen combat during their service life. In 2013 during a standoff with the Sultanate of Sulu, 5 Hawk 208 aircraft, along with 3 F-18D Hornets of the Royal Malaysian Air Force, were deployed in airstrikes on hideouts of the defunct sultanate and terrorist group Royal Security Forces of the Sultanate of Sulu in Lahad Datu, Sabah Malaysia, ahead of the ground assault by joint forces of the Malaysian Army and Royal Malaysia Police. The Hawk 208s flew 15 sorties, each Hawk 200 dropping Mk 82 unguided bombs in the first sortie and firing CRV7 rockets at additional ground targets on the second and third.