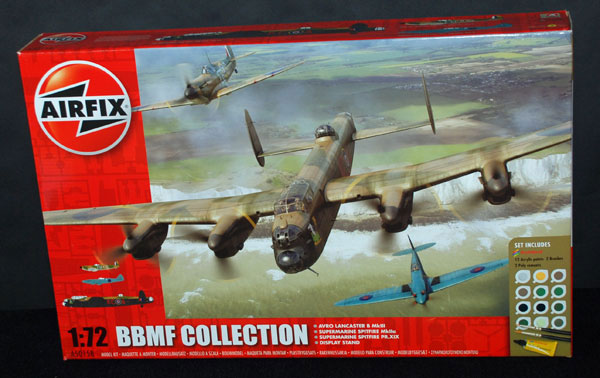 Our thanks to Airfix for supplying our review sample. Get this impressive set here now at: www.airfix.com 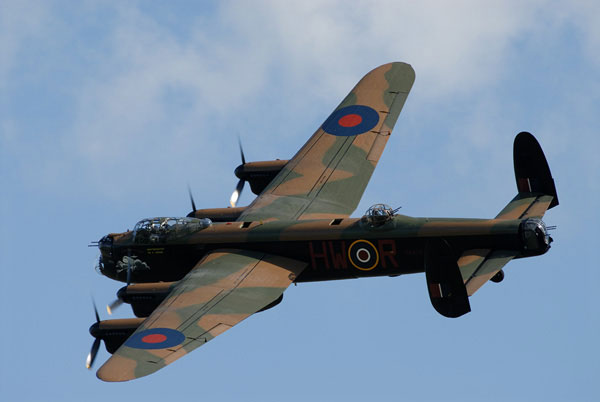 A little bit about The Flight

The Battle of Britain Memorial Flight (BBMF) is a Royal Air Force flight which provides an aerial display group comprising an Avro Lancaster, a Supermarine Spitfire and a Hawker Hurricane. The aircraft are regularly seen at events commemorating the Second World War and upon British State occasions, notably Trooping the Colour, celebrating Queen Elizabeth II’s 80th birthday in 2006, as well as the wedding of Prince William, Duke of Cambridge and Catherine Middleton in 2011 and at air displays throughout the United Kingdom and Europe.

The Flight is administratively part of No. 1 Group RAF, flying out of RAF Coningsby in Lincolnshire. 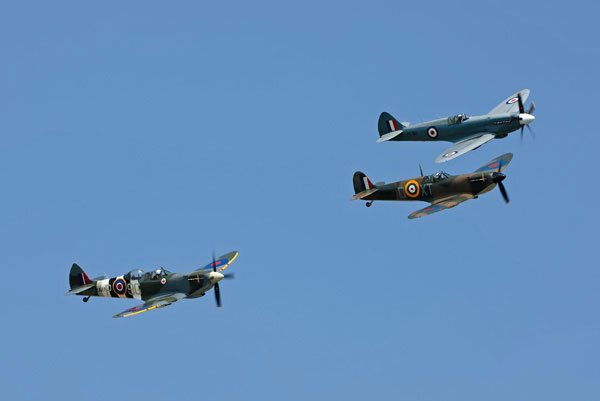 As you can see, no less than three models on offer here: 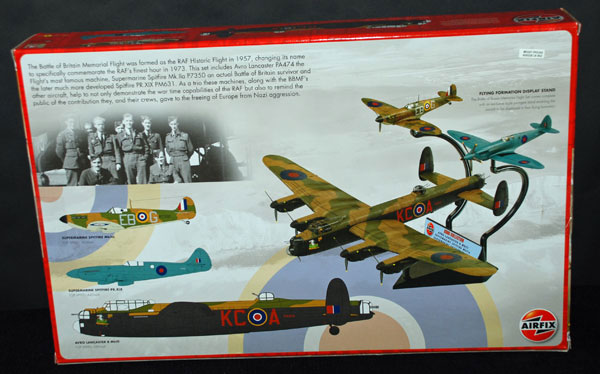 You may have seen that we have already done an in-depth review of the Lancaster B.III when it was released as the Special deployed on the Dams Raid – you can see that review here. We went on to the full build that you can find here in Finished Now – here’s a photo of Dave’s impressive model. 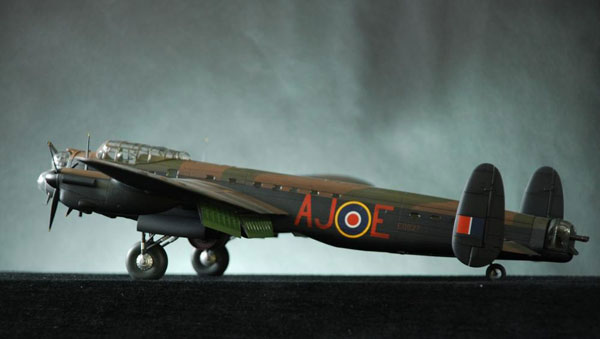 All that’s included new this time for the Lancaster B.III are new decals to represent “Thumper MK.III” the aircraft scheme painted on PA474 at the time of writing. So I am not going to include all the sprue shots again here – just click the link above to get straight to that review.