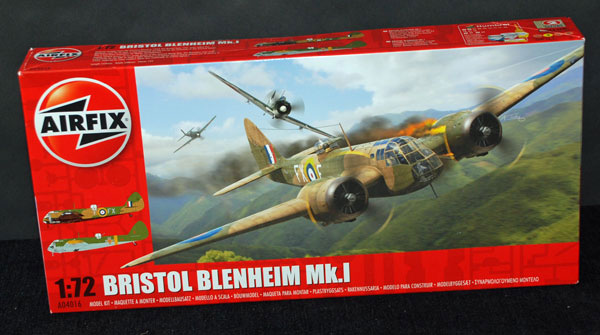 The Bristol Blenheim was a British light bomber aircraft designed and built by the Bristol Aeroplane Company that was used extensively in the early days of the Second World War.

It was adapted as an interim long-range and night fighter, pending the availability of the Beaufighter. It was one of the first British aircraft to have all-metal stressed-skin construction, to utilise retractable landing gear, flaps, a powered gun turret and variable pitch propellers. A Canadian-built variant named the Bolingbroke was used as an anti-submarine and training aircraft. The Blenheim Mk I outshone most biplane fighters in the late 1930s but stood little chance against the German Messerschmitt Bf 109 during daylight operations, though it proved successful as a night fighter. The Mark IV variant was equally unsuccessful in its daylight bombing role, suffering major losses in the early stages of the war.

It’s always nice to have new-tooled kits of classic aircraft and that’s the case here – a completely new-tool Blenheim Mk.I from Airfix.

The sprues have well detailed moulded in a light blue-grey colour and includes often very delicate parts that look impressive – in fact lots of parts with plenty of detail. The panel lines are quite fine, better than on some of this manufacturer’s other recent releases so that’s a very positive start.

There is no discernible flash visible but some of the smaller parts have small tabs that will clearly need to be removed carefully. I have encountered these before and they are able to be removed easily enough using a sharp scalpel.

The nose section is cleverly broken down so that (I guess) the different nose of the Mk.IV can be added to the range at a later date.

Perhaps the best touch is the addition of an option for dropped flaps that would add interest to your finished model.

The wings are nicely tooled and look to have a pretty accurate shape with good fabric-effect on the control surfaces. The upper and lower wings have the dihedral built into them and this, along with the separate main wing spar will make construction easier as I found when building their new-tool C-47 Skytrain in 1:72.

The cockpit has a small decal for the main instrument panel. Some detail is moulded into the fuselage side with additional separate cockpit detail and this is fine for the scale. I’m pleased that Airfix has spent time and money in the cockpit as a fair bit will be seen through that greenhouse of a canopy!

I really like the finesse of some smaller parts like the engine cylinders and engines generally – good levels of fine detail that will look excellent when painted and weathered. The propeller blades have good shape and engine cowls are neatly tooled.

Various bombs are included as you can see from the attached photographs. The bomb bay has nicely raised detail. 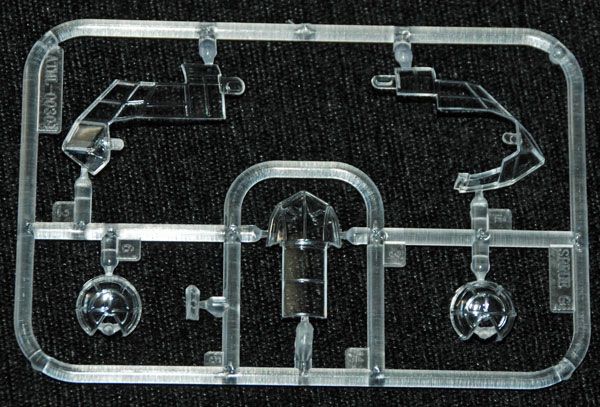 These are very clear and well-formed without blemish. You’ll need to be careful though when attaching the multi-part item to ensure no glue gets onto the clear windows – check out the Techniques Bank for help and tips on this. 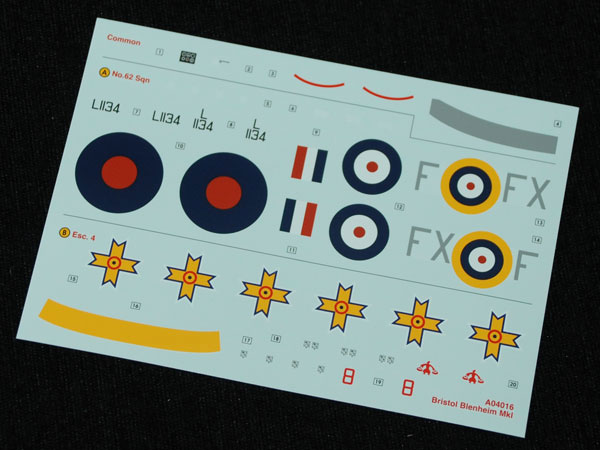 Although looking quite matt in appearance the colour saturation is good with all marking in register. TIP: apply your decals to a gloss surface, allow to dry, apply gloss varnish over the decals, allow to dry and then apply your chosen varnish to finish – probably flat or a light satin.

This model is impressive in its accurate shape and levels of detail and will look even better if displayed on a simple base that also includes one or more of the airfield vehicles also released by Airfix.
Recommended for all levels of modelling skill.
Geoff C.