The North American Aviation P-51 Mustang will be well known to many of you, but here’s a little bit of background to fill you in if you are less familiar with the type. It was an American long-range, single-seat fighter and fighter-bomber used during World War II, the Korean War and other conflicts. The Mustang was conceived, designed and built by North American Aviation (NAA) in response to a specification issued directly to NAA by the British Purchasing Commission. The prototype NA-73X airframe was rolled out on 9 September 1940, 102 days after the contract was signed and, with an engine installed, first flew on 26 October.

The Mustang was originally designed to use the Allison V-1710 engine, which had limited high-altitude performance. It was first flown operationally by the Royal Air Force (RAF) as a tactical-reconnaissance aircraft and fighter-bomber (Mustang Mk I). The addition of the Rolls-Royce Merlin to the P-51B/C model transformed the Mustang’s performance at altitudes above 15,000 ft, giving it a much better performance that matched or bettered almost all of the Luftwaffe’s fighters at altitude. The definitive version, the P-51D, was powered by the Packard V-1650-7, a license-built version of the Rolls-Royce Merlin 60 series two-stage two-speed supercharged engine, and armed with six .50 calibre (12.7 mm) M2 Browning machine guns.

From late 1943, P-51Bs (supplemented by P-51Ds from mid-1944) were used by the USAAF’s Eighth Air Force to escort bombers in raids over Germany, while the RAF’s 2 TAF and the USAAF’s Ninth Air Force used the Merlin-powered Mustangs as fighter-bombers, roles in which the Mustang helped ensure Allied air superiority in 1944. The P-51 was also in service with Allied air forces in the North African, Mediterranean and Italian theatres, and saw limited service against the Japanese in the Pacific War. During World War II, Mustang pilots claimed 4,950 enemy aircraft shot down.

At the start of the Korean War, the Mustang was the main fighter of the United Nations until jet fighters such as the F-86 took over this role; the Mustang then became a specialized fighter-bomber. Despite the advent of jet fighters, the Mustang remained in service with some air forces until the early 1980s. After World War II and the Korean War, many Mustangs were converted for civilian use, especially air racing, and increasingly, preserved and flown as historic warbird aircraft at airshows.

The RAF was the first air force to operate the Mustang. As the first Mustangs were built to British requirements, these aircraft used factory numbers and were not P-51s; the order comprised 320 NA-73s, followed by 300 NA-83s, all of which were designated North American Mustang Mark I by the RAF. The first RAF Mustangs diverted from American orders were 93 P-51s, designated Mark IA, and followed by 50 P-51As used as Mustang IIs.

The first Mustang Mk Is entered service in 1941 the first unit being 2 Squadron RAF. Due to poor high-altitude performance, the Mustangs were used by Army Co-operation Command, rather than Fighter Command, and were used for tactical reconnaissance and ground-attack duties. On 27 July 1942, 16 RAF Mustangs undertook their first long-range reconnaissance mission over Germany. During the Dieppe Raid (19 August 1942) four British and Canadian Mustang squadrons, including 26 Squadron saw action. By 1943–1944, British Mustangs were used extensively to seek out V-1 flying bomb sites. The final RAF Mustang Mk I and Mustang Mk II aircraft were struck off charge in 1945.

The RAF also operated 308 P-51Bs and 636 P-51Cs which were known in RAF service as Mustang Mk IIIs; the first units converted to the type in late 1943 and early 1944. Mustang Mk III units were operational until the end of World War II, though many units had already converted to the Mustang Mk IV and Mk IVAs (828 in total, comprising 282 P-51D-NAs or Mk IVs, and 600 P-51Ks or Mk IVA). As the Mustang was a Lend-Lease type, all aircraft still on RAF charge at the end of the war were either returned to the USAAF “on paper” or retained by the RAF for scrapping. The final Mustangs were retired from RAF use in 1947. 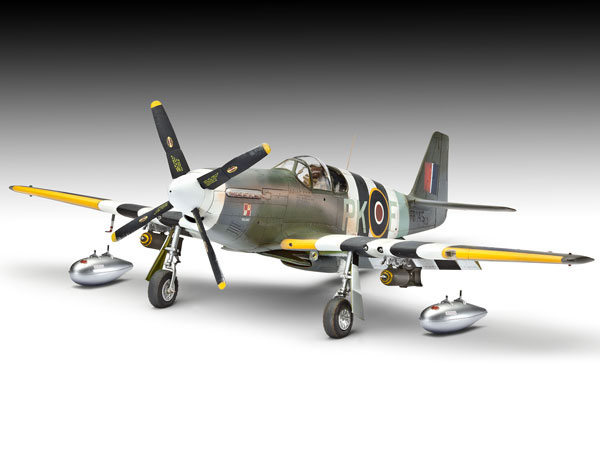