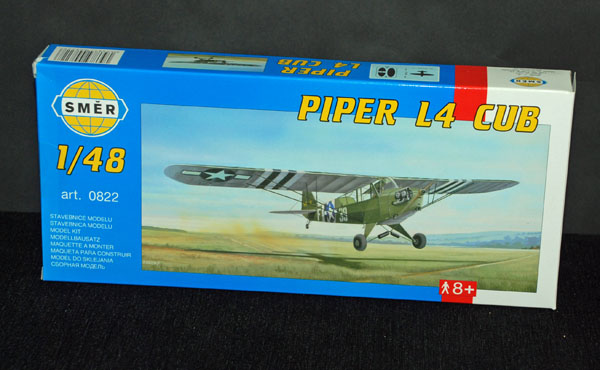 Our thanks to Tiger Hobbies for supplying our review sample. Get this kit that will be available in limited numbers here now at Tiger Hobbies

The Piper J-3 Cub is a small, simple, light aircraft that was built between 1937 and 1947 by Piper Aircraft. With tandem (fore and aft) seating, it was intended for flight training but became one of the most popular and best-known light aircraft of all time. The Cub’s simplicity, affordability and popularity invokes comparisons to the Ford Model T automobile.

The aircraft’s standard chrome yellow paint has come to be known as “Cub Yellow” or “Lock Haven Yellow”.

The Piper Cub quickly became a familiar sight. First Lady Eleanor Roosevelt took a flight in a J-3 Cub, posing for a series of publicity photos to help promote the CPTP. Newsreels and newspapers of the era often featured images of wartime leaders, such as Generals Dwight Eisenhower, George Patton and George Marshall, flying around European battlefields in Piper Cubs. Civilian-owned Cubs joined the war effort as part of the newly formed Civil Air Patrol (CAP), patrolling the Eastern Seaboard and Gulf Coast in a constant search for German U-boats and survivors of U-boat attacks.

All L-4 models, as well as similar, tandem-cockpit accommodation aircraft from Aeronca and Taylorcraft, were collectively nicknamed “Grasshoppers”, though the L-4 was almost universally referred to by its civilian designation of Cub. The L-4 was used extensively in World War II for reconnaissance, transporting supplies, artillery spotting duties, and medical evacuation of wounded soldiers. During the Allied invasion of France in June 1944, the L-4’s slow cruising speed and low-level manoeuvrability — alongside examples of the Auster AOP aircraft occasionally used by the British Army and other Commonwealth forces for the same purposes — made it an ideal observation platform for spotting hidden German tanks, Sturmgeschütz and Jagdpanzer tank destroyers waiting in ambush in the hedge rowed Bocage country south of the invasion beaches. For these operations the pilot generally carried both an observer/radio operator and a 25-pound communications radio, a load that often exceeded the plane’s specified weight capacity. After the Allied breakout in France, L-4s were also sometimes equipped with improvised racks, usually in pairs or quartets, of infantry bazookas for ground attack against German armored units. The most famous of these L-4 ground attack planes was Rosie the Rocketeer, piloted by Maj. Charles “Bazooka Charlie” Carpenter, whose six bazooka rocket launchers were credited with eliminating six enemy tanks and several armored cars during its wartime service, especially during the Battle of Arracourt.

After the war, many L-4s were sold as surplus, but a considerable number were retained in service. L-4s sold as surplus in the U.S. were re-designated as J-3s, but often retained their wartime glazing and paint. 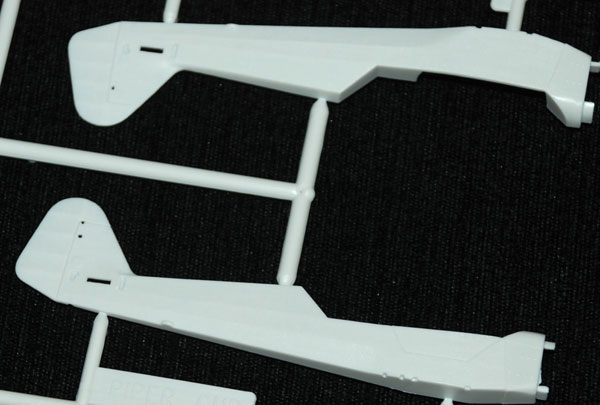 It’s great to see any kit of the famous Piper Cub L-4, not sure if this is a new release or not, but it looks quite impressive given that the real aircraft is very simple in design.

Well, for a start it comes in a great strong box, so the contents are unlikely to get damaged ☺

Inside, the light grey sprues offer parts that have very little excess flash plastic and well moulded items – check out the fine fabric texture on the wing surfaces for example – probably hard to see in the photos but it’s there.

There aren’t really any panel lines to speak of on the real aircraft but what moulded detail there is looks quite fine and restrained. The shape of parts looks good and true to the original design. I’m looking forward to building this one very soon to see how it fits together – the first SMER kit build we have at SMN. I would like to build more, so we’ll see how this one goes and select another after that – do let me know if you have any special requests or ideas on this front.

The kit as supplied looks pretty authentic for a wartime L-4 Cub – probably a first in this scale.

The interior is very sparse and so some basic scratch-building will be needed to enhance the interior. I’m looking forward to that – a chance to do some ‘real’ modelling for a change ☺. Not much will be needed, just enough to add a bit to the two seats and plain instrument panel provided.

The wheels and hub detail is fine – maybe just small flats to sand on to simulate weight sitting on the tyres. 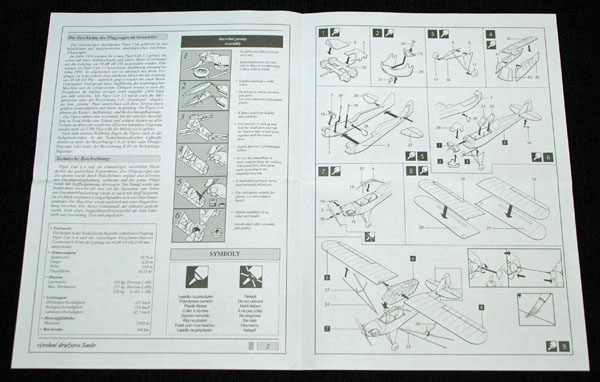 The small sheet looks accurate – quality looks to be very good with minimal carrier film. Colour saturation looks good and all decals are in register. Some stencil data is provided.

This kit is very straightforward in terms of parts breakdown and the simple instruction sheet included explains clearly where parts should go. The back of the box is good for an all-colour guide to painting and decal placement.

This isn’t an expensive boxing and you’ve got plenty of modelling ahead of you, not a state-of-the-art offering for sure, but who cares – I don’t! Well worth a look.
Geoff C.